By Sunday evening of Memorial Day weekend, Chicago police had responded to the shootings of 34 people, five of whom died of their injuries, officials said.

The grim tally grew as a shooting Sunday about 6 a.m. in the 1300 block of West Hastings Street left two dead and three injured. The shooting was possibly in retaliation for an earlier one in the same University Village neighborhood where large crowds had gathered, and which also left a man dead, investigators said.

Anthony Guglielmi, a spokesman for the Chicago Police Department, said detectives believe there is a connection between the two shootings — on the same block, hours apart — that in total killed three people and injured five more.

“We do believe that the two shootings from 1 a.m. and 6 a.m. are connected,” Guglielmi wrote in an email to the Tribune.

Guglielmi said detectives are questioning four people of interest in connection with the shooting of five people on Hastings, in the ABLA Homes public housing community.

“Multiple weapons have been recovered and detectives believe our offender opened fire on a group of people with a TEC-9 semi-automatic machine pistol. Two victims suffered fatal injuries and two others are being treated at an area hospital,” he said in a statement.

After daybreak Sunday, police were called back to the 1300 block of West Hastings Street, where they’d responded just a few hours earlier. Guglielmi said officers had been to the housing community multiple times to disperse large crowds that had gathered.

“A review of police and security cameras show several hundred people were gathered prior to this incident,” he said.

Five people were shot during the second shooting; two men died of their injuries and three others who had been seated in a black sedan when a gunman opened fire were being treated for their injuries at Mount Sinai Hospital, according to police.

In the first call on West Hastings Street, police were dispatched to a loud disturbance by a large group that had gathered about 1:30 a.m. When they arrived, police found a man unresponsive on the street. The 25-year-old was taken to Stroger Hospital, where he was pronounced dead.

A woman, 27, also was shot during the gunfire. She had a gunshot wound to her left forearm, and she also went to Stroger, where her condition was stabilized, according to police. A third person also was shot, but additional details on his or her injuries were not immediately available.

Guglielmi said Superintendent Eddie Johnson met with command staff Sunday morning and has been in contact with the Chicago Housing Authority regarding the private security patrols that are assigned to the complex.

Guglielmi said officers had also made 41 arrests for gun offenses and had taken 112 guns off the streets between 6 p.m. Friday and 10 a.m. Sunday as part of their Memorial Day weekend patrols.

Earlier, a man who was shot in the foot crashed into a Chicago police vehicle, injuring an officer, about 3:25 a.m. in the 1200 block of West 73rd Street in Englewood on the city’s South Side. The driver of a Hyundai Santa Fe, 23, was shot in the foot before he started driving the wrong way south on nearby Ada Street, according to police. At Ada and West 74th streets, he crashed into a CPD vehicle headed east, and the injured police officer was taken to a hospital, where his condition was stabilized.

The 23-year-old was taken to Advocate Christ Medical Center in Oak Lawn, where his condition was stabilized, police said. There were two passengers in the Santa Fe, and one was critically injured in the crash, officials said. A 26-year-old passenger was treated at Advocate Christ and his condition was stabilized, while a 25-year-old passenger also was being treated at Advocate Christ for injuries that were critical, investigators said. It was one of two crashes between Saturday night and Sunday morning that involved Chicago police vehicles and officers; the other left 10 Chicago police officers injured.

A 57-year-old who was known to police said he was walking in the 2700 block of West Flournoy Street in the Lawndale neighborhood about 1 a.m. Sunday when he heard gunshots and noticed he’d been struck once in the buttocks, police said. The man was taken to Mount Sinai Hospital, where his condition was stabilized. No arrests had been made.

About 12:55 a.m., police were called to the 2300 block of South California Avenue in the Little Village neighborhood, officials said. A 23-year-old said he was on foot when two people started chasing him and shooting at him. He was struck in the chest and the back, though it was unclear whether that was two gunshots or one, creating both entrance and exit wounds, according to preliminary reports. The man, who was known to police, was taken by friends to Mount Sinai Hospital, where he was listed in critical condition. The gunman or gunmen fled on foot, the man told investigators. No arrests have been made.

Two people were shot, one fatally, Saturday night in the Gresham neighborhood on the city’s South Side. About 10 p.m., two men, one 43 and the other 21, were standing on a sidewalk in the 400 block of West 77th Street when someone in a vehicle started shooting at them, according to police.

The 43-year-old was shot multiple times and was rushed to the University of Chicago Hospital, where he later died of his injuries, police said. A second man, 21, was shot in the left leg and was taken to the same hospital, where his condition was stabilized, police said. No arrests had been made.

Check back for updates. 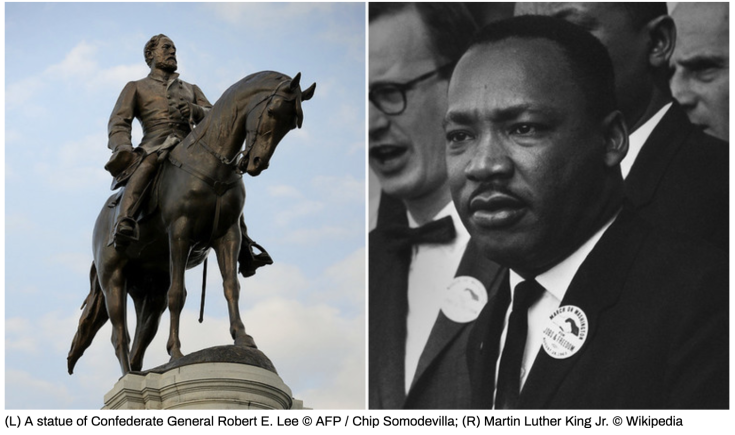 The long-delayed reckoning for Martin Luther King Jr is a chance for America to step back from immature social justice radicalism, and once again separate people’s personal lives from their public achievements.

Accounts of the civil rights hero’s infidelity and voracious sexual appetite date back to his lifetime, but the latest accusations, presented by his esteemed biographer David Garrow on the basis of FBI surveillance tapes, won’t disappear neatly under the carpet. 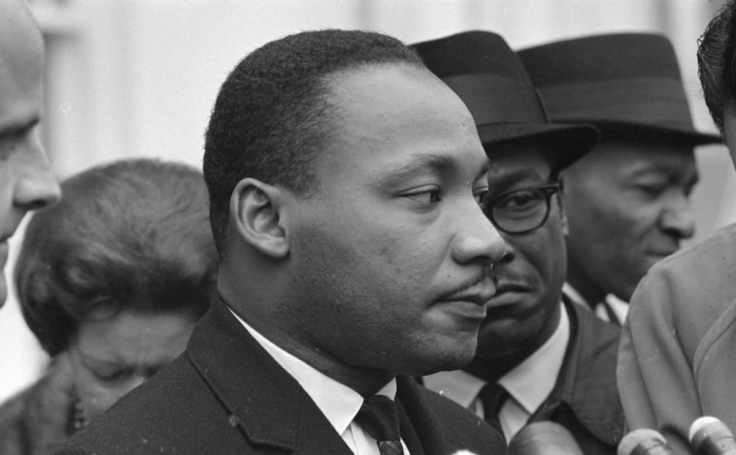 Some on the right have called for vengeance, just as for historic figures, some of them dead for centuries like Robert E Lee, who have been punished for failing to adhere to present day liberal views. And celebrities, who have been branded as anything from sex pests to rapists to pedophiles on much thinner evidence.

So, it’s only fair that we cancel Martin Luther King Jr Day, rename all the streets and schools named after him, take down the statues, and rewrite the textbooks. No more biopics.

But what if instead, we break the cycle of cultural violence?

Surely this is the moment when even the most passionate cancel-happy #TimesUp activists can admit that King’s contribution to the civil rights movement, both as a person and a symbol, is such that no amount of private misdeeds will detract from it.

And perhaps as well as learning not to judge too harshly, Americans will be wary of erecting more idols. After all, we have been here before with Mahatma Gandhi’s naked sleeping with teen relatives, Mother Teresa’s refusal to apply modern medicine that could have saved lives, Nelson Mandela’s role in violent resistance, Aung San Suu Kyi’s rule, and even MLK’s own undeniable plagiarism in academic texts and speeches.

This is an opportunity not only to step back from the Manichean hysteria, but perhaps even a chance to reach across the political divide tearing America apart daily. By treating MLK with humanity and a sense of proportion, the same generosity could then be extended to other “sinners,” even those who do not share the same values.

MLK was flawed, Ronald Reagan was flawed, as were John F. Kennedy, Bill Clinton, Henry Kissinger, Malcolm X, and George W. Bush. Donald Trump, Nancy Pelosi, Brett Kavanaugh and Barack Obama and other recent media punching bags are not personifications of evil, but merely public servants trying to do what they believe is best for the country.

This is what will more likely happen: excuses will be made for King – the subconsciously racist lower standards of sexual propriety will be applied to a black man. Or perhaps doubt will be cast on the veracity and provenance of the information; focus shifted to the villainy of the FBI that traced MLK’s every step, but did not protect him or his alleged victims.

At worst, MLK’s reputation will take a battering but retain its overall shape. But most likely of all, the impolitic truths will be double-thought out of existence, both acknowledged and forgotten at the same time. Congress will again keep official full FBI records that should have been long opened – and that could confirm or disprove Garrow’s claims – sealed until 2027 and beyond, prolonging the timer on the bomb.

And the same unyielding standards will continue to be applied from the vanguard of the left to the usual targets on the right. The political imperatives are too strong. Because when the big social confrontations are at stake, the heroes must always be saints, and the enemies devils. MSNBC is nothing but a Trump bashing, propaganda network, for the Democrat party. They should have to register as a superPAC.