I am still trying to figure out why reporters, who are caught blatantly lying, are not held accountable.

Breaking News: “Climate change experts warn we have only 12 years left until they change the timeline on global warming again.” 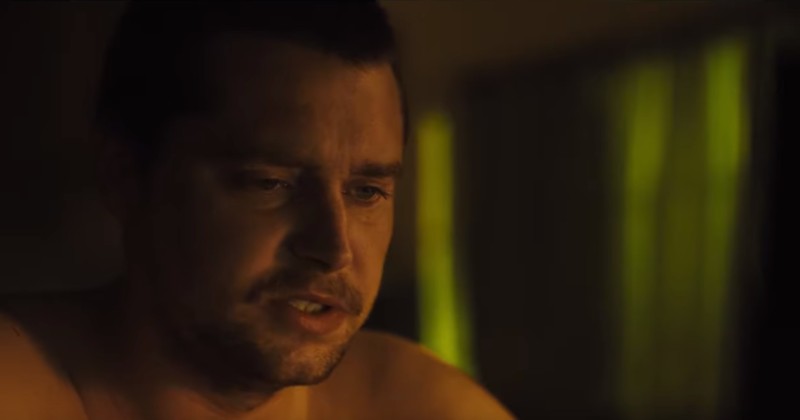 Comments and likes on YouTube trailer disabled to prevent criticism.

The trailer for the movie features an out of shape millennial – Ronny – who blames his financial woes on minority immigrant groups and a “false sense of diversity” that plagues America.

“Everywhere I go there’s illegals and they’re running the show,” he laments, adding, “You can’t be proud to be white and male anymore, it’s not politically correct.”

The narrative then shifts to Ronny’s apparent radicalization via YouTube videos which ends up with him buying guns and attending far-right rallies.

“Are you ready to take the red pill or are you just another cuck?” asks one of the faux YouTubers.

The promo for the film describes it as a “gripping fly-on-the wall character study and psychosexual thriller tracking an isolated and lonely young man as he is indoctrinated into the online echo chambers of Alt-Right ideology and hate. Touching on several topical nerves, CUCK gives a raw, unforgiving glimpse into a dark world that hides in plain sight.”

The President and CEO of Red Arrows Studios, the company behind the film, is James Baker, who previously worked for Current TV, Al Gore’s TV network. He also worked for MTV the BSkyB network, which is a subsidiary of Comcast.

In anticipation of a bombardment of negative feedback, comments and likes on the YouTube trailer were disabled.

The film appears to play off of mainstream media hysteria about white supremacists and pushes the notion that online ‘hate speech’ needs to be censored to prevent violent radicalization.

ABC 7 says he died by SUICIDE!

The 66-year-old financier was hospitalized in July after he was found unresponsive in what appeared to be a possible suicide attempt.

In July Epstein was found injured and in a fetal position inside his cell at a New York City jail,

He was reportedly put under suicide watch.

On Saturday he reportedly hanged himself.

But the liberal mainstream media is pushing another conspiracy.
IT WAS RUSSIA!!

While she intended to express a sense of urgency, Congresswoman Ocasio-Cortez’s declaration of impending apocalypse and puzzling comparison between climate change and WWII mostly incited confusion and laughter online.

Shortly before launching the first assault in the war against global warming (eating ice-cream with comedian Stephen Colbert), the 29-year-old lawmaker made her apocalyptic prediction. She announced that the end is nigh in her interview with journalist Ta-Nehisi Coates on Monday night at a forum honoring civil rights leader Martin Luther King Jr.

“Millennials and people, you know, Gen Z and all these folks that will come after us are looking up and we’re like: ‘The world is gonna end in 12 years if we don’t address climate change’,” the doomsaying congresswoman revealed in her rather distinctive oratorical tone.

To prevent the coming end-times, she called millennials and members of Gen-Z into battle with her inspiring words: “And, like, this is the war – this is our World War II.”

‘We’re Like the World Is Going to End in 12 Years if We Don’t Address Climate Change’.

Others were baffled by Ocasio-Cortez’s historical analogy, or imagined a war against an ecological phenomenon a bit too literally.

But some commenters even saw the bright side of the apocalyptic proclamation.

.@AOC on millennials and social media: "We’re, like, the world is going to end in 12 years if we don’t address climate change" pic.twitter.com/HjhbVyfFN4

Mockery aside, Ocasio-Cortez’s seemingly oddly specific number is sourced in a report released by the UN Intergovernmental Panel on Climate Change (IPCC) in October last year. Well not quite predicting the end of the world, the report did suggest dire consequences in a dozen years if serious action is not taken to fight global warming.

The freshman lawmaker doubled down on her statements on Twitter, emphasizing that climate change is an “existential threat” and chalking up criticism to generational differences.

However, more than one Twitter user noticed that Ocasio-Cortez’s words were rather reminiscent of the dire warnings issued by Al Gore, ironically almost exactly 12 years ago. Gore was slightly more pessimistic when he predicted a global emergency within ten years in his 2006 film “An inconvenient truth”; his climate-catastrophe is currently about 3 years overdue.

Just in case her predictions do turn out to have some basis in reality, a new website has launched featuring a convenient timer to help us plan our few remaining years.