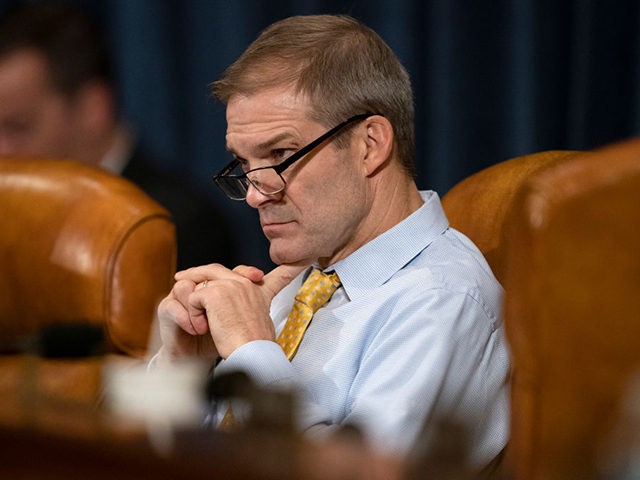 “We therefore write to inform you that we intend to subpoena testimony and records in an attempt to inject some semblance of fairness and objectivity into your one-side and partisan inquiry,” they said.

On Biden, they wrote that since witnesses raised the issue of Hunter Biden getting paid $50,000 per month for sitting on the board of a Ukrainian natural gas company that was under investigation, learning more about it would be “directly relevant to the inquiry”:

According to the New York Times, Hunter Biden was ‘part of a broad effort by Burisma to bring in well-connected Democrats during a period when the company was facing investigations backed not just by domestic Ukrainian forces but by officials in the Obama administration.’ Reports suggest that Burisma paid Hunter Biden $50,000 per month through a company called Rosemont Seneca Bohai LLC. Because witnesses explained that Hunter Biden’s presence on Burisma’s board raised concerns during the Obama Administration and President Trump briefly raised this issue during his phone call with President Zelensky, this information is directly relevant to the Democrats’ ‘impeachment inquiry.’

On Chalupa, they also wrote that her testimony would be “directly relevant” since witnesses have testified that Trump believed the Ukrainians “tried to take [him] down”:

In August 2016, less than three months before the election, Valeriy Chaly, then-Ukrainian Ambassador to the United States, authored an op-ed in a U.S. newspaper criticizing candidate Trump. In addition, in January 2017, Politico reported about Ukrainian government’s effort to ‘sabotage’ the Trump campaign in 2016 by working closely with the media and a Democratic National Committee consultant named Alexandra Chalupa. The Politico article detailed how Chalupa ‘traded information and leads’ with staff at the Ukrainian embassy and how the Ukrainian embassy ‘worked directly with reporters researching Trump, [Trump campaign manager Paul] Manafort, and Russia to point them in the right directions.’ Because witnesses testified that President Trump believed that Ukraine ‘tried to take [him] down’ in 2016, this information is directly relevant to the Democrats’ ‘impeachment inquiry.’

“We look forward to your prompt concurrence. Your failure to concur with all of these subpoenas shall constitute evidence of your denial of fundamental fairness and due process,” they wrote. 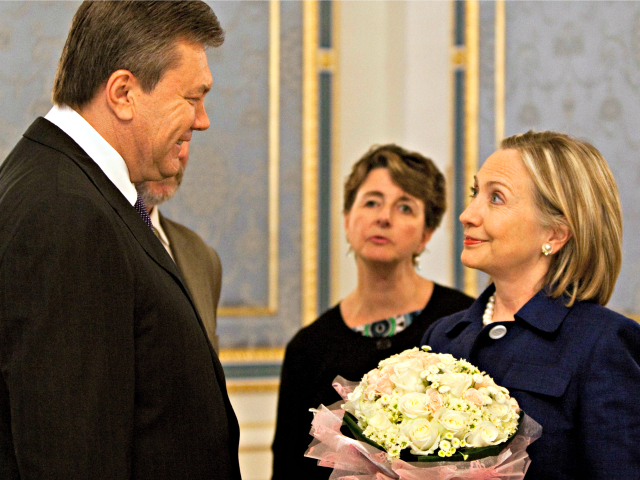 Freeman, the assistant editor of the WSJ’s editorial page, noted that Republican Sens. Chuck Grassley (IA) and Ron Johnson (WI) wrote Monday morning to Attorney General William Barr, asking if he has come up with any answers to the question of whether the Democratic National Committee (DNC) and the Hillary Clinton 2016 presidential campaign used the government of Ukraine “for the express purpose of finding negative information on then-candidate Trump in order to undermine his campaign.”

Grassley originally wrote in July 2017 regarding whether the DNC and the Clinton campaign had used the Ukraine government in order to sabotage the Trump campaign.

That letter also highlighted news reports that, during the 2016 presidential election, “Ukrainian government officials tried to help Hillary Clinton and undermine Trump” and did so by “disseminat[ing] documents implicating a top Trump aide in corruption and suggest[ing] they were investigating the matter[.]” Ukrainian officials also reportedly “helped Clinton’s allies research damaging information on Trump and his advisers.”

The plan involved Alexandra Chalupa, reportedly a “Ukrainian-American operative” consulting for the DNC.

Chalupa “reportedly met with Ukrainian officials during the presidential election for the express purpose of exposing alleged ties between then-candidate Donald Trump, Paul Manafort, and Russia,” Grassley and Johnson wrote to Barr.

“Kiev officials are scrambling to make amends with the president-elect after quietly working to boost Clinton,” was the subheading, he pointed out.

Ukrainian government officials tried to help Hillary Clinton and undermine Trump by publicly questioning his fitness for office. They also disseminated documents implicating a top Trump aide in corruption and suggested they were investigating the matter, only to back away after the election. And they helped Clinton’s allies research damaging information on Trump and his advisers, a Politico investigation found.

The goal of Ukraine’s reported aid to Clinton was to advance “the narrative that Trump’s campaign was deeply connected to Ukraine’s foe to the east, Russia.”

With the benefit of hindsight and the results of the Mueller investigation, it’s now clear that there was no evidence of Trump campaign collusion with Russia. What is not clear and what demands further investigation is how this baseless claim managed to consume the first two years of an American presidency.

Though the idea of such an effort by Ukraine appeared unlikely to some, Vogel and Stern insisted:

Politico’s investigation found evidence of Ukrainian government involvement in the race that appears to strain diplomatic protocol dictating that governments refrain from engaging in one another’s elections.

Freeman concluded the Politico investigation “may be helpful in figuring out exactly how the surveillance tools of America’s national security apparatus were turned against the party out of power in 2016.”

Corruption runs deep in the Deep State!  No wonder the Democrat House wants to get rid of President Trump now.  Speaker Pelosi and Democrat Rep. Adam Schiff are both connected to a Ukrainian arms dealer. This is why they lie in front of the nation.  They are afraid of their own deeds being uncovered!

As reported this morning, Adam Schiff leads the House Intelligence Committee and this past week he oversaw the Intel Committee where he attempted to align President Trump with some ‘trumped’ up allegations concerning his phone call with the President of the Ukraine.

Schiff lied in his opening remarks and claimed numerous falsehoods about the President’s call in spite of the transcript being provided the day before.

His entire description of the President’s call was a lie – we have the transcript and this was not in it!

We know why Schiff is lying – he’s connected with a Ukrainian Arms Dealer!

In 2013 Ukrainian Igor Pasternak held two different fund raisers for Schiff asking for contributions between $1,000 and $2,500 –

Pasternack has also been connected to George Soros –

Pasternak is an arms dealer. He has sold arms in places like Syria –

Now we can report that Ukrainian arms dealer Pasternak is also connected to Nancy Pelosi!

Below is Pasternak’s luxurious home in DC where he held fundraisers for the Democrats.

There is much more to this Ukrainian Arms Dealer that can be found at this link.  Of course, Obama’s Secretary of State Kerry, his Vice President Biden and DNC operative Alexandra Chalupa are all connected.
Chalupa is connected to the Steele dossier as well as Ukrainians and Democrat leaders.

Ironically, Pasternak also was in the massive crowd at President Trump’s inauguration –

What the hell is going on with Speaker Pelosi, Shifty Lying Schiff and their Ukrainian Arms Dealer?

Were the Democrats being paid off by Ukrainians? Is this why they lie and push for impeachment of President Trump – to protect themselves and their handlers?