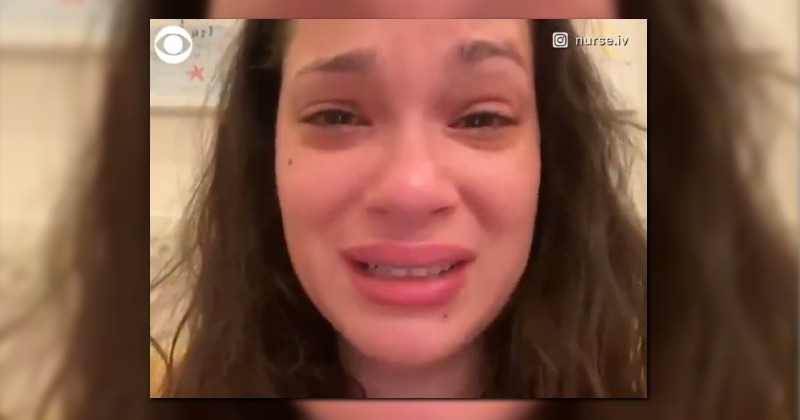 CBS News posted a video of a crying nurse who claimed she was forced to quit her job after being asked to work in a coronavirus ICU without a face mask, only for it to emerge that the woman hadn’t worked at the hospital for over a year.

“In tears, a nurse says she quit her job after she was asked to work in a coronavirus ICU without a face mask: “America is not prepared, and nurses are not being protected,” stated the text accompanying the video posted by CBS News, which received over 8 million views on Twitter.

In tears, a nurse says she quit her job after she was asked to work in a coronavirus ICU without a face mask: “America is not prepared, and nurses are not being protected” https://t.co/ywoSuLOPYP pic.twitter.com/S5BsnlO5nt

The network appeared to have conducted no research into the claim whatsoever, as it was quickly revealed that the woman was an Instagram “influencer” who hadn’t been at the hospital “for over a year” according to her own Facebook post.

The woman, Imaris Vera, also said that she suffered from anxiety and bi-polar depression and had been triggered by the coronavirus “information overload.”

CBS’ later responded to their own tweet by stating, “The hospital, Northwestern Medicine, acknowledged that Imaris Vera had quit her job, but referred CBS News to Vera as to the details of why.”

Bernie Sanders’ staff didn’t bother to check the veracity of the story either before tweeting it out to the Senator’s 9.5 million followers and calling on the on the Department of Labor to respond by issuing emergency workplace standards

“Nurses and medical workers are working tirelessly with inadequate protection gear, and they are the real heroes. For an Instagram “influencer” to deliberately misrepresent her career for the instant glorification of internet fame is sickening,” writes Chrissy Clark.

Another Twitter user posted a video of the same woman talking about coronavirus while acting noticeably less upset.

Another person compared her story to that of Jussie Smollett. According to a report from CBS News, Google will be using its massive compilation of data to track the movements of people around the world.

From there, it will provide this data to policymakers and researchers in order to combat the Wuhan Virus.

The Big Tech titan published the so-called Community Mobility Reports for 131 countries. These reports feature localized data on how to travel to places like stores and parks and has been changed during the last month. In the United States’ case, Google’s data is divided on a county by county basis, which shows a massive reduction in people’s movement in urban and suburban communities —in some cases there are drops of 80 percent — with modest declines in rural areas in comparison.

Take for example, New York. According to Google’s mobility tracking data for New York witnessed a 62% decline for retail and recreation venues, 68% decline for public transit hubs like subways, buses, and train stations, 46% decline for workplaces, and 32% decline for grocery stores and pharmacies as of March 29.

In New York County, the reduction is even more dramatic. Movement dropped 86% for retail and recreation, 78% for transit, 57% for workplaces, and 51% for groceries and pharmacies.

The reports “aim to provide insights into what has changed in response to policies aimed at combating COVID-19,” the company stated on the website where the reports are published. “The reports chart movement trends over time by geography, across different categories of places such as retail and recreation, groceries and pharmacies, parks, transit stations, workplaces, and residential.”

The company plans on updating its figures regularly. It claims that the data is designed in a manner that protects people’s anonymity.

Damian Collins, a British Parliament member who has spearheaded efforts to investigate Google’s data practices, revealed in an email to CBS News that the reports indicate social distancing’s potential to limit the Wuhan Virus’ impact. However, he advised that people be cautious about in letting Google have the power to track people’s daily lives.

“This certainly shows the impact that the social restrictions are having on daily life, and helps policy makers determine the effectiveness of these strategies,” stated Collins. “It also illustrates the level of background surveillance that has become commonplace, without people really being aware of it.”

Jason Kint, the CEO of Digital Content Next, a trade group that represents digital publishers, agreed with Collins and is skeptical of Google’s underlying motives.

“While it’s a noble effort and the anonymous presentation is interesting, it’s asking a lot to trust a company who’s entire business model is about surveillance and monetization of as much personal data across our lives as they can collect,” Kint stated.

Collins believes that Google’s tracking data may be useful for policymakers, there are still questions about potential privacy violations and future mass surveillance abuses.

“In a crisis people may consent to this, but there has never really been a public debate about whether we agree to it in principle. The aftermath of this crisis may start such a debate,” Collins remarked.

Big Tech’s influence has been the source of public discussion since Trump got elected.

It has been instrumental in suppressing dissident voices and will now likely be greatly empowered by this new crisis.Conservatives would be wise to be skeptical of both corporations and government.

Little Fredo is Hilarious, that poor co host was embarrassed for him.

Dan Rather is irrelevant he’s in the cult of msm

“CBS Evening News” anchor Norah O’Donnell interviews Nikki Haley, the former South Carolina governor and Trump administration Ambassador to the United Nations, who talks about the president’s rhetoric and tweets and being asked by fellow Cabinet members to take sides against the president.

Haley condemned [former WH chief of staff] John Kelly and [former Secretary of State] Rex Tillerson for having a “sidebar plan” against the president, saying their behavior went “beyond the Constitution” and was “offensive.”

O’Donnell asked Haley: “You memorialized that conversation? It definitely happened?”

“It absolutely happened,” said Haley. “And instead of saying that to me, they should’ve been saying that to the president, not asking me to join them on their sidebar plan. It should’ve been, ‘Go tell the president what your differences are, and quit if you don’t like what he’s doing.’ But to undermine a president is really a very dangerous thing. And it goes against the Constitution, and it goes against what the American people want. And it was offensive.”

John Kelly responded, telling “CBS Sunday Morning”: “If by resistance and stalling she means putting a staff process in place … to ensure the (president) knew all the pros and cons of what policy decision he might be contemplating so he could make an informed decision, then guilty as charged.”

O’Donnell asked: “Do you think ultimately the president will be impeached and removed from office?”

Haley replied: “No. On what? You’re gonna impeach a president for asking for a favor that didn’t happen and giving money and it wasn’t withheld? I don’t know what you would impeach him on. And look, Norah, impeachment is, like, the death penalty for a public official. When you look at the transcript, there’s nothing in that transcript that warrants the death penalty for the president.”

“To be clear, it was not a complete transcript. There are still things that are missing from it. And in it, he does say, ‘I would like you to do us a favor, though.'”

“The Ukrainians never did the investigation. And the president released the funds. I mean, when you look at those, there’s just nothing impeachable there. And more than that, I think the biggest thing that bothers me is the American people should decide this. Why do we have a bunch of people in Congress making that decision?” 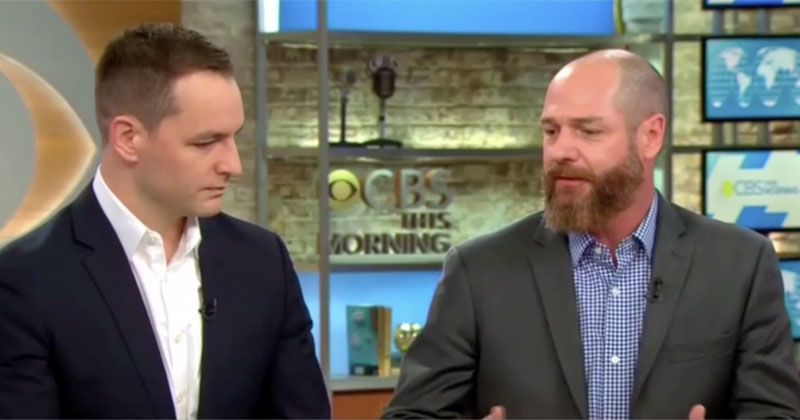 ‘Don’t ever go on TV again ever. You look awful. You look guilty’

“Former Vice President Biden is still facing criticism from President Trump over his son Hunter’s ties in the Ukraine. Does he have to respond to that tonight?,” co-host Anthony Mason asked the “CBS This Morning” panel on the Democrat debate Tuesday.

Biden “has to take the fight to Donald Trump,” said former Marco Rubio campaign adviser Terry Sullivan. “This is actually a huge opportunity that they’ve missed. You can either catch spears in politics or you can toss spears. Catching isn’t much fun.”