By The Babylon Bee

WASHINGTON, D.C.—In his opening statement at Trump’s impeachment trial, Rep. Adam Schiff reminded the Senate of their solemn duty and the gravity of just what it is they will be discussing at the trial.

Schiff warned that if Trump is not impeached, the American people may have a chance to tamper with the next election.

“If President Trump is not impeached, the American people might get a say in who is president,” Schiff said gravely. “We simply can’t allow that to happen. We must diligently defend our electoral process against electoral outcomes we do not like. If that means seizing power through a sham impeachment trial, so be it.”

“When the Founders wrote that founding document thing, they never imagined there would be electoral outcomes that Democrats did not agree with.”

Democrats also said they even have hard evidence that the 2016 election was compromised by Republicans voting for Trump.

“We know this horrible outcome could happen, because it’s already happened once before.”ELE 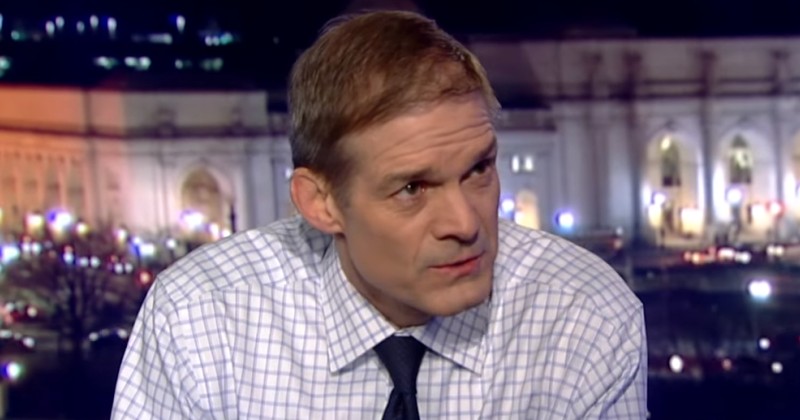 “They have never accepted the will of the American people.”

Rep. Jim Jordan (R-OH) says that the impeachment hearings are just another consequence of Democrats not accepting the 2016 election result and defying the will of 63 million Americans.

During an appearance on Fox News, the Ohio Republican said the entire basis for the hearings was flawed given there’s no evidence of Trump delivering anything to Ukraine and “quid pro quo” claims are just a ruse.

“So this idea that there was a this for that, a quid for quo — a quid pro quo didn’t happen,” Jordan said. “And yet they continue to say, oh, oh, but this is impeachable.”

“This is not about that at all, Bret. This is — this is about they have never accepted the will of the American people, when 63 million Americans, in an Electoral College landslide, said, we’re going to send Donald Trump to Washington shake that town up,” he added.

“And the establishment here, and particularly the Democrats, have never accepted that,” said Jordan. “And they’re going to do whatever it takes, Mueller report, FBI investigation, dossier, or now this, whatever it takes to try to get him out. That’s what this is really about.”

It’s now been 1109 days since the 2016 presidential election. Democrats who once chided President Trump for suggesting he might not accept the election result have been doing precisely that every day ever since.

Maybe it was an April Fool’s Day joke, because that would be the kindest explanation for presidential candidate Sen. Kirsten Gillibrand’s (D-NY) tweet on Monday claiming we need to “abolish the Electoral College” in order to “restore” the principle of “one person, one vote.”

She put out the tweet and included a link to a Daily Beast article about Democrat senators introducing a constitutional amendment to abolish the Electoral College (because their supporters live in big, populous cities and a popular vote will ensure they’re elected).

“Our democracy is built on the principle of one person, one vote. It can’t function until we restore that principle. It’s time to abolish the Electoral College,” Gillibrand tweeted.

The problem with the tweet, as Mark Hemingway and others pointed out, is that there is no “principle” to “restore” by eliminating the Electoral College. It’s in the constitution. It is a principle on which our “democracy” (constitutional republic) was built.

The Electoral College is described in Article II, Section I of the U.S. Constitution:

Each State shall appoint, in such Manner as the Legislature thereof may direct, a Number of Electors, equal to the whole Number of Senators and Representatives to which the State may be entitled in the Congress: but no Senator or Representative, or Person holding an Office of Trust or Profit under the United States, shall be appointed an Elector.

The Twelfth Amendment changed that by making president and vice-president two separate elections.

The national popular vote was never an American principle, or at least not the way Democrats want it to be now. The Electoral College results from a popular vote – in each state and the District of Columbia. It is 51 separate popular votes, although two states award proportional electoral votes.

Democrats don’t like the way elections are currently done because their party lost in 2016 and 2000 due to electoral votes when they won the popular vote. So, naturally, because the system didn’t work for them, they want to abolish it.

Republicans run using the Electoral College. Then-candidate Donald Trump visited states he thought he could win to increase his electoral votes. Hillary Clinton visited some states she knew she wouldn’t win in order to increase her vote totals so she would not only be the first female president, but also the president with the most votes ever.

This strategy, of course, did not work out in her favor. She ignored states she assumed would give her their electoral votes (like Wisconsin), assuming the Electoral College was a lock for her. She was wrong.

Republicans don’t run on the national popular vote. If they did, maybe they would win it. It’s a chance Democrats seem willing to take.

At a town hall event in Mississippi, Sen. Elizabeth Warren (D-MA) pledged to avenge her predecessor candidate, Hillary Clinton, and do away with the Electoral College if she is elected President.

The plan to eliminate the Electoral College has caught fire among Democratic presidential hopefuls, and Warren is just the latest in a line of prospective nominees who want to replace the age-old system of allowing each state a certain number of votes proportional to their size and population with a “national popular vote” that will, of course, favor Democrats.

Warren, however, may have been the first to announce her plan in a state that would be cut out of the presidential process almost completely were the “national popular vote” system adopted.

Ironically, CNN reports, Warren announced her plan by suggesting that a national popular vote would make sure all Americans count equally in the process of electing a President.

“Come a general election, presidential candidates don’t come to places like Mississippi. They also don’t come to places like California or Massachusetts, because we’re not the battleground states,” she said. My view is that every vote matters and the way we can make that happen is that we can have national voting and that means get rid of the Electoral College — and every vote counts.”

Warren is right on one count: around 90% of electioneering takes place in 10 or 11 major battleground and swing states. But eliminating the Electoral College wouldn’t necessarily change the plan to win the presidency; it would merely change the select destinations.

Presidential candidates still would not go to “places like Mississippi” in the event of a national popular vote. Places like California (which Democrats do, in fact, visit, if only to collect checks from Hollywood bigwigs), New York, and Virginia would more than dominate electoral politics — they would, essentially, be able to exercise near-imperial rule over most other states.

That’s fine for Democrats, but not exactly fine for the people of Mississippi.

Warren’s plan also has other problems. Like a handful of more extreme Democratic proposals, promising to abolish the Electoral College is a bit like a fifth grader promising to make every day pizza day in the cafeteria as part of his platform for heading up the student council: it just isn’t going to happen without a major change in how party politics operates.

The Electoral College is enshrined in the Constitution and would require an amendment to alter, and an amendment involves calling a Constitutional convention (difficult), or obtaining 2/3 of the vote in both houses of Congress (nearly impossible). And although a handful of states have pledged to buck the Electoral College system and assign their Electors to the winner of the national popular vote, acting on those votes could trigger a firestorm of litigation and a potential Constitutional crisis.

Warren, though, seems pretty much willing to commit to any proposal that earns her even a fraction of a percent at this point. Trailing far behind the leaders, and unable to move her numbers above 7%, it looks as if her bid to become president is over just weeks after it started. In addition to the Electoral College, Warren has proposed support for reparations (though she isn’t sure what that looks like), and has tacitly endorsed packing the Supreme Court with additional judges.

And yet, none of these three extreme proposals has moved her any further up in the polls.

Left trying to override constitutional republic for tyranny of majority

Colorado’s Senate has passed a bill that would cast its electoral college votes to the presidential winner of the popular vote.

The bill, introduced by state Sen. Mike Foote, would have Colorado join 11 other states and Washington D.C. in what’s called the National Popular Vote Interstate Compact, which would mandate Colorado Electors to give up their vote to the winner of the national popular vote rather than the winner of their state.

“This really is a victory for those who believe that every vote should be counted equally,” Foote (D-Lafayette) said.

Republicans questioned the constitutionality of the legislation, arguing the bill abdicates the voice of Coloradans, which has nine electoral votes, to represent interests outside their state.

“You want to give your votes to a different state, or do you want your votes of Colorado to matter, as the voice of Colorado?” state Sen. Paul Lundeen asked on the floor.

“My argument is, and I may sound parochial in saying this, but daggummit, I’m here to represent the people of Colorado. I want their voice to be heard as the voice of Colorado.”

Yesterday, @COSenDem took a step forward in eliminating the #ElectoralCollege and adopting a popular vote system.

Today, they will vote to adopt Senate Bill 42.

Senator @Paul_Lundeen made the case on the floor yesterday.

Currently, Compact members have 172 electoral votes between the 11 states.

It takes 98 more electoral votes for the Compact to go into effect.