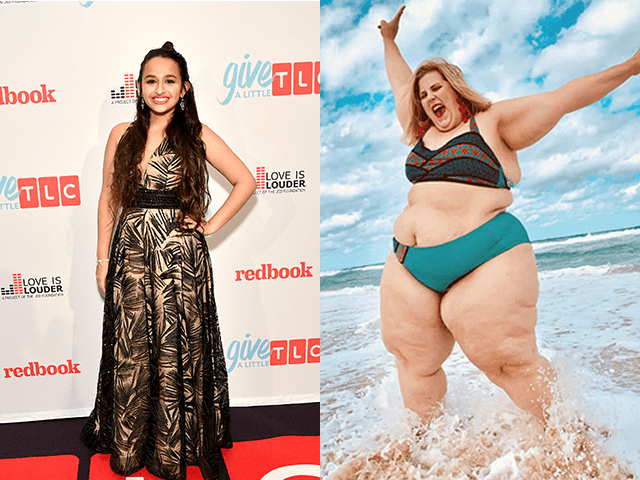 Gillette’s new Gillette Venus advertisement campaign features morbidly obese women and transgender models. The company claims “ALL types of beautiful skin deserve to be shown,” but it has experienced resistance and widespread mockery on social media.

An advertisement featuring one obese model for the campaign, Anna, was captioned, “Go out there and slay the day.”

“Venus is committed to representing beautiful women of all shapes, sizes, and skin types because ALL types of beautiful skin deserve to be shown,” declared Gillette in a Twitter post. “We love Anna because she lives out loud and loves her skin no matter how the ‘rules’ say she should display it.”

The advertisement faced criticism from social media users who claimed Gillette should not be promoting unhealthy lifestyles.

“99% sure the woman in the photo is on an anti-depressant and/or statins. I have several loved ones that are obese. I’m all for making ppl feel comfortable in their skin, but let’s not glamorize obesity, please. It is NOT healthy. Supportive is fine. Encouragement is cruel,” commented one user, while another proclaimed, “My uncle died from diabetes complicated by him being obese. Please, don’t promote unhealthy lifestyles and pretend THIS is beautiful.”

“It’s ok to be fat but it’s not ok to leave natural hair growth on your skin so do remember to shave that off with Gillette Venus,” joked another user.

18-year-old transgender activist Jazz Jennings, who is one of the youngest transgender public figures in the world, is also a model for Gillette Venus’ new campaign.

“I think when you’re coming into your own with your identity, shaving is a form of expression,” claimed Jennings in an interview. “When I was transitioning, shaving my legs was that first step. It was that feeling of stepping inside the gender and really feeling like a woman for the first time.”

Jennings was reportedly identified as transgender at age five, and by age six, Jennings was appearing on national television.

Gillette was also at the center of an advertising controversy in January, after the company released a commercial attacking “toxic masculinity.”

Despite the commercial being widely mocked, receiving over 1.4 million dislikes opposed to just 785,000 likes, and becoming the 20th most disliked YouTube video ever as of February, Gillette parent company Procter & Gamble doubled down on the campaign.

“It started a conversation,” declared Procter & Gamble CEO David Taylor. “There is an issue with tox masculinity.”