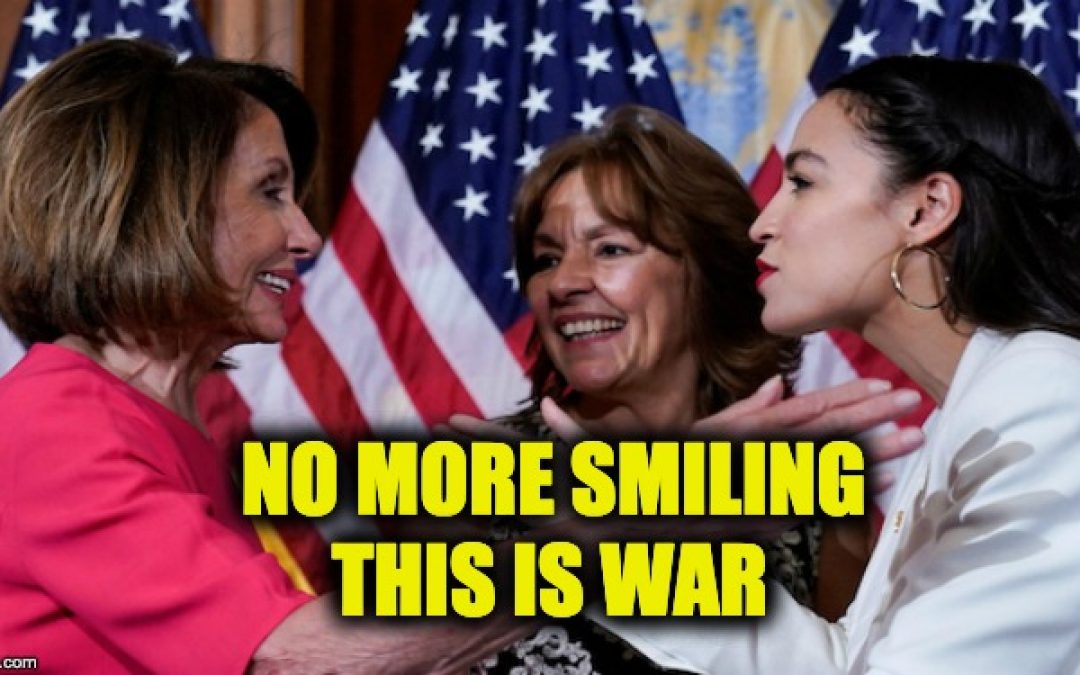 After being disciplined by Speaker Pelosi for fighting internal Democratic Party battles via Twitter, in front of the public, freshman member of Congress Alexandria Ocasio-Cortez (D-NY) complained that Pelosi was specifically targeting women of color for her criticism.

When the House voted on the emergency border funding bill, AOC and three other freshmen members of Congress (Ilhan Omar D-MN, Rashida Tlaib D-MI, and  Ayanna Pressley  D-MA) very publicly voted no. In an interview with the NY Times over the weekend, Pelosi tried to reign in the four junior members of her caucus with, “All these people have their public whatever and their Twitter world, but they didn’t have any following. They’re four people, and that’s how many votes they got.”‘

She doubled down during a meeting of the entire House Democratic caucus on Wednesday. Without naming the offenders, Pelosi was reported as saying,  “So, again, you got a complaint? You come and talk to me about it. But do not tweet about our members and expect us to think that that is just OK.”

After the caucus meeting, Pelosi on Wednesday Ocasio-Cortez spoke to the Washington Post expressing her belief that the Speaker’s admonishment wasn’t about protecting the caucus moderates:

“When these comments first started, I kind of thought that she was keeping the progressive flank at more of an arm’s distance in order to protect more moderate members, which I understood,

“But the persistent singling out . . . it got to a point where it was just outright disrespectful . . . the explicit singling out of newly elected women of color.”

Now that’s ironic.  Pelosi doesn’t seem to be a racist, but she loves using the race card against Republicans.  For example, commenting on the issue a census citizenship question on Monday Pelosi made a ridiculous charge, “This is about keeping — you know … his hat — Make America White Again. They want to make sure that people, certain people, are counted. It’s really disgraceful, and it’s not what our founders had in mind.”

It’s nice to see Pelosi get hit with the race card since she uses it indiscriminately herself.  The real good news is that this latest exchange took the feud in the Democratic Party and made it personal. The more the Democrats fight, and the nastier it gets, the better the GOP will do in 2020. So besides being entertaining, in the end, this Democratic Party feud will be good for America.