It was revealed Thursday morning that longtime Democrat Congressman Elijah Cummings (MD) died at the age of 68 on Wednesday.

Cummings was the Chairman of the very powerful House Oversight Committee and he was pumping out subpoenas while he was in hospice.

In fact, it was revealed that he signed subpoenas from his death bed just hours before he died.

The signatures on Cummings’s October 16 subpoenas look completely different from a September 30 subpoena so people are asking who really signed the documents.

CNN reported on Thursday that Rep, Cummings signed subpoenas directed to two US immigration agencies just hours before he died.

In one of his last official acts before his death, the late House Oversight and Reform Committee Chairman Elijah Cummings signed two subpoenas for documents related to a temporary end to a policy change that allowed some immigrants with severe health issues to remain in the US.

Hours before his passing, staffers drove the subpoenas to Baltimore for Cummings’ signature, said a Democratic committee aide.

“Chairman Cummings felt so strongly about the children, that he was going to fight until the end,” said the aide.

Elijah Cummings’ signature on the October 16 subpoena looks very different from his signature on other documents.

Cummings’s signature on page 3 of the October 16 subpoena looks different from page one:

Another material conflict of interest perpetrated by the Democrat Party. Dem House Leader Jerry Nadler has a son working for a firm suing President Trump. How is this legal?

The Mueller team was conflicted to the hilt with numerous members having donated to, worked for or represented the Hillary team or the Democrat Party.  Now the Democrats have another major conflict of interest.

It’s reported that the Head of the House Oversight Committee, Democrat Jerry Nadler, has a son who works for a law firm suing President Trump.  According to Big League Politics –

Democrat congressman Jerry Nadler, leading the investigative charge against President Donald Trump, has a son whose firm is trying to get access to Trump documents for their clients in numerous lawsuits against President Trump.

Michael Nadler has a LinkedIn account that confirms he works for Gibson Dunn and Crutcher.

He also brags about receiving an award for helping sanctuary families –

The young Nadler also brags about working for far-left New York City Mayor Bill de Blasio and Eric Schneiderman, the New York Attorney General who resigned after being accused of abuse by at least four women.

They also have sued the U.S. State Department on behalf of the Center for Reproductive Rights, as part of the group’s effort to unearth details of the Trump administration’s alleged changes to regularly issued government human rights reports.  (They don’t like that President Trump took Obama era reporting out of a government report that detailed concerns about abortion rights.)

In the days up to the 2016 election, Gibson Dunn & Crutcher offered to represent Trump sex accusers for free.

Jerry Nadler has a material conflict of interest and he should recuse himself from anything related to President Trump!  This is real and egregious. 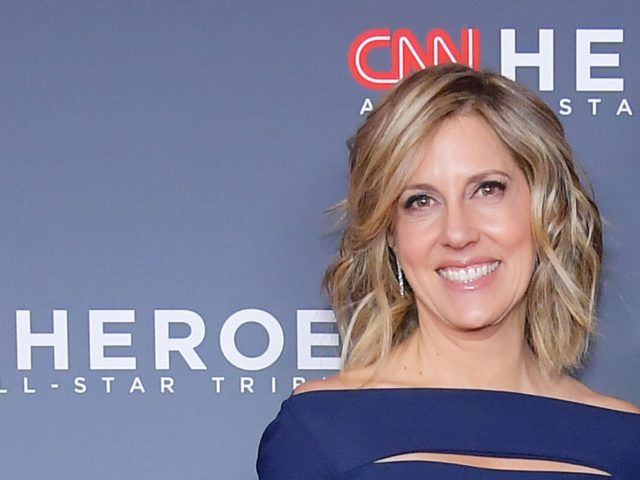 CNN’s New Day co-anchor Alisyn Camerota attempted Thursday morning to encourage Rep. Rashida Tlaib (D-MN) to undo her apology to Rep. Mark Meadows (R-NC) the day before, when she suggested he was a racist.

Meadows had brought Lynne Patton, a senior Trump campaign aide and now an administration official, to submit a statement into the record at the House Oversight Committee defending President Donald Trump from claims by his former lawyer, Michael Cohen, that Trump is a racist. Patton happens to be black and has defended Trump before.

Tlaib — who has faced accusations of antisemitism after making insensitive remarks about Israel — shocked the hearing by calling Patton a “prop” and suggesting it had been racist for Meadows to bring her to the hearing. She cited her own feelings as a “woman of color.” (Tlaib is a Palestinian-American.) Meadows, visibly hurt, noted he has relatives who are “people of color.” Tlaib apologized to Meadows (though not to Patton herself).

The left then tried to target Meadows, circulating a video from 2012 in which he told a Tea Party gathering that they would “send Mr. Obama home to Kenya or wherever it is.” CNN’s Anderson Cooper picked up the video and aired it Wednesday night, noting that Meadows had later regretted his remark and asserted his belief that Obama is an American citizen, but suggesting that Meadows might indeed be a racist for reasons other than Tlaib’s attack.

On Thursday morning, Camerota hosted Tlaib on New Day. Unlike Cooper, Camerota actually mentioned Patton, playing a clip from a radio show Thursday morning in which Patton had objected to being called a “prop.” Cameron described Patton as “the woman who was held up by Mark Meadows without speaking.” Tlaib did not apologize to Patton but asserted that she meant “no disrespect to her at all” to Patton, a remark Camerota did not challenge.

Camerota went on to argue to Tlaib that Meadows was, indeed, a racist, and asked her if she regretted her apology.

First, she asserted to Tlaib that “[t]here were people at home that felt that that was tone deaf and insensitive of congressman mark meadows,” i.e. bringing Patton to the meeting. “You certainly were not alone in that feeling and so why did you apologize to him?” Camerota cited no evidence of how “people at home” felt. When Tlaib offered an evasive answer, Camerota pressed her: “So do you regret apologizing to Congressman Meadows?”

Tlaib said that she “apologized if I made him feel like a racist,” saying that she saw the exchange as a “teachable moment” and did not want to label Meadows as a racist. She added that she was offended by Patton being brought to the hearing and “saying nothing,” evidently ignoring the fact that Patton had a statement entered into the record.

That did not satisfy Camerota, who then brought up the 2012 video: “I’m interested in whether or not you can separate a racist statement or a racist act from the person. And case in point, in 2012, you know, Congressman Mark Meadows engaged in the Birtherism talk where he doubted that President Obama was born here. let me just remind our viewers of what he said back then.” She played the clip, then asked: “Does seeing that change how you feel about him?”

Tlaib declined to take the bait, ignoring the 2012 video: “Congressman Meadows understood where i was coming from, he knew what my intention was at the end, and that’s why he decided to take …  his objections back.”

And still Camerota pressed Tlaib: “But just to be clear, you still today feel that he is not racist?”

Tlaib responded: “Look, I feel like the act was. and that’s up to the American people to decide whether or not he is.”

It was not enough for CNN, Cooper, or Camerota that Tlaib and Meadows had reconciled amongst themselves, with the mediation of committee chair Rep. Elijah Cummings (D-MD). Using a 2012 video that had no relevance to the exchange Wednesday, CNN tried to attack Meadows and to insert racial division where it had been partly healed.

Cohen told the House committee that Trump had advance knowledge of plans to release Democratic emails during the 2016 campaign.

Republican Rep. Jim Jordan went off at the start of the hearing.
Jordan slammed the Democrats and Cohen team of leaking his testimony to CNN before the GOP had a chance to review the material.

Rep. Jim Jordan: “You know who had this material before all the members of the committee? CNN had it before it we did. CNN had the evidence before we did. I want to be recognized.”

“You know who had this material before all the members of the committee? CNN had it before it we did. CNN had the evidence before we did. I want to be recognized.”

"You know who had this material before all the members of the committee? CNN had it before it we did. CNN had the evidence before we did. I want to be recognized."