House Judiciary Chairman Jerrold Nadler (D-NY) announced on Monday that his committee will vote this Thursday to officially formalize procedures to set up hearings to determine whether the Dem-controlled House will introduce articles of impeachment against President Trump.

Nadler said in a statement on Monday that President Trump’s “crimes and corruption extend beyond what is detailed in the Mueller report.”

Judiciary Chairman Jerrold Nadler (D-N.Y.) said the committee will vote Thursday on a resolution that would solidify several key policies, including that the panel’s staff be allowed to question witnesses for an additional hour — split equally between the majority and minority — after each committee member goes through their five-minute line of questioning.

Judiciary’s subcommittees would also be able hold hearings as part of the probe, paving a way for Nadler to punt less-important witnesses down the line and save time.

The Democrats would also allow Trump’s legal counsel to respond in writing to evidence and testimony presented to the committee.

“The adoption of these additional procedures is the next step in that process and will help ensure our impeachment hearings are informative to Congress and the public, while providing the President with the ability to respond to evidence presented against him,” Nadler said in a statement. “We will not allow Trump’s continued obstruction to stop us from delivering the truth to the American people.”

“Trump’s crimes and corruption extend beyond what is detailed in the Mueller report,” Nadler said. “The President is in violation of the emoluments clauses of the Constitution as he works to enrich himself, putting the safety and security of our Nation at risk. He has dangled pardons, been involved in campaign finance violations and stonewalled Congress across the board, noting that he will defy all subpoenas.”

Chairman Nadler is currently running an ‘impeachment investigation’ stemming from Mueller’s probe and he keeps roving to new areas.

Nadler also said that his committee will be holding hearings this Fall related to the issue of pardons over a joke Trump made about pardoning DHS officials, according to Politico.

The Democrats no longer legislate. All they do is use time and resources to harass Trump with Soviet-style show trials.

Welcome to Demonrat America Vote Demonrat at your own peril!

Incandescent ignoramus bahahahaha!!!! That is a great description of a o c! But Joe don’t you know, she’s a woman of color, how dare you! This so-called Democratic party has gotten so insanely crazy I wouldn’t doubt if it were to go down in flames in 2020! 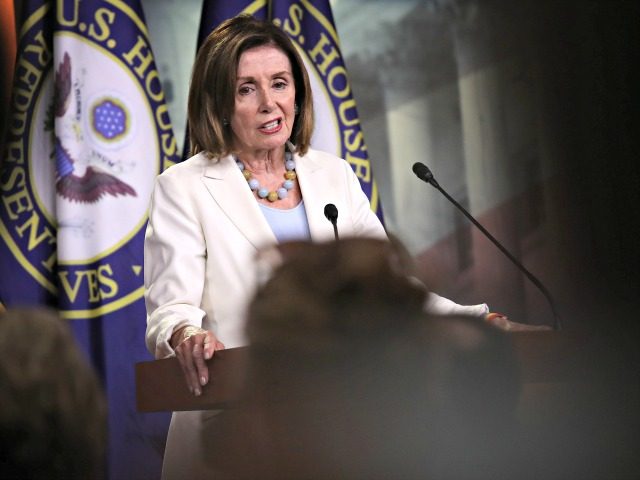 House Democrats are launching an aggressive media campaign on Tuesday to accompany former Special Counsel Robert Mueller’s testimony on Capitol Hill Wednesday regarding his investigation into alleged Russian collusion and obstruction, according to a report.

House Speaker Nancy Pelosi’s office has turned Mueller’s 448-page report — which found no criminal conspiracy with Russia and declined to make an assessment on obstruction — into a six-page document highlighting what they consider to be its most damning findings, The Hill reported.

The six-page document, dubbed “Exposing the Truth,” will be distributed Tuesday to Democrat lawmakers to guide their “outreach to voters,” according to the outlet.

“Members will go home and have to engage their constituencies on what’s next — how do we hold this president accountable?” a leadership aide told The Hill. “So we put it all at their fingertips.”

The memo was coordinated between Pelosi’s office and the House Judiciary and Intelligence Committees, where Mueller will testify for a total of five hours.

In addition, Pelosi’s office is launching a “social media blitz” and planning to tweet more than 20 quotes from Mueller’s report with the hashtag “RetweetTheReport.”

The leadership aide told The Hill that they hope to see more Republicans “come out” as has Rep. Justin Amash (I-MI), who recently switched from Republican to independent. He is also facing a tough re-election fight.

“I think you might see, after Mueller, potentially some more Amashes come out. Maybe not for impeachment, but definitely not being able to walk away from the facts,” the aide said.

What? No gay people have been on the moon? Shame on us! We need to fix this Injustice… Let’s send them all to the Moon 😁

Next thing you know the word “AMEN” will be offensive because to those wackos is will be gender specific!

I wonder how many manhours Berkeley put into converting the names of objects to gender neutral.

My day can’t start until I watch Mark Dice ❤️❤️❤️ I find myself saying “Oh wait! What’s this?” all the time 😂😂😂

The Democrat Reich are still trying to frame Trump for the Crimes Committed by Hillary Rodham Clinton.

Check out this collection of video clips proving once again that liberalism is indeed a mental disorder.

They’re Coming to Take Me Away, Ha-Haaa!

“There are no principles — not ethical, moral, legal, constitutional, religious, spiritual — NONE. There’s only power.”

Actor Jeffrey Wright on Wednesday appeared to warn that when the political left in America “get the power” back from Republicans, “everybody else” should “fucking duck.”

“Message from the @GOP:” Jeffrey Wright began, “There are no principles — not ethical, moral, legal, constitutional, religious, spiritual — NONE. There’s only power. And when we get the power, everybody else fucking duck.”

“Lesson for everybody else: Get the power,” the Westworld star’s message concluded. It came as former Special Counsel Robert Mueller delivered remarks at the Justice Department on Wednesday about the conclusion of his election interference investigation.

“If we had confidence that the president did not commit a crime, we would have said so,” Robert Mueller said, Wednesday echoing the conclusions made in his 800-plus page report.“Charging the president with a crime was therefore not an option we could consider. It would be unfair to potentially accuse somebody of a crime when there can be no court resolution of the actual charge. So that was Justice Department policy. Those were the principles under which we operated.”

After Special Counsel Robert Mueller delivered a public statement standing by the findings of his final report, liberal commentators began reading between the lines. How long before Putin is accused of getting to Mueller?

Mueller delivered his public statement on Wednesday, and offered very few surprises. His final report, which cleared President Donald Trump of colluding with Russia in 2016 and found insufficient evidence to bring obstruction charges against the president, “speaks for itself,” Mueller said. The Special Counsel also stated that Attorney General William Barr has already “made the report on our investigation largely public,” and that he would not testify on anything beyond the publicly available information.

Pulling a Comey: How Mueller dog-whistled Democrats into impeachment of Trump

So a bland statement of Justice Department policy? On the surface, yes. But that didn’t stop Democrats from clamoring for further investigations, or viewing Mueller’s declination to prosecute as a dog-whistle for impeachment.

Journalist Mark Ames joked that “Putin has a Mueller pee tape,” a reference to one particularly lurid tale presented in the ‘Steele Dossier.’ Ironically, the Steele Dossier – though completely uncorroborated – was used by the FBI to justify surveilling the Trump campaign and played a central role in kick-starting the investigation that Mueller eventually took over.

Ames added: “If Maddow doesn’t air a segment tonight claiming Putin has a Mueller pee tape, it can only mean one thing – Putin has a Maddow pee tape.”

Actually, the idea that Maddow would air such a segment on Mueller is not a far-fetched one.

In the two years since Mueller took over the ‘Russiagate’ investigation, Maddow has flung dung-heaps of conspiratorial Russian nonsense at viewers every night. There was her warning that the Kremlin could “flip the off switch” on the US power grid and freeze Americans to death last winter, the suggestion that Trump personally paid for the services of “Russian hackers,” and the insistence that Vladimir Putin would use the (then debunked) ‘Pee Tape’ to force Trump to withdraw US troops from Eastern Europe (the exact opposite happened).

Of course, Maddow is not the only peddler of Russian hysteria out there. Nor is MSNBC the only outlet to do a little mind-reading in its coverage of Mueller’s statement.

“He seems to think that the president committed a crime,” one talking head offered on Wednesday, adding that perhaps “future prosecutors” should re-examine the president’s conduct once he leaves office.

CNN correspondent Sara Murray weighed in with her own Mueller lip-reading: “Mueller was telling everybody ‘Look at what I’m saying, I couldn’t do it (prosecute), because the law would not allow me to, but, even if the law did not allow me to charge him, I still could not clear him and I am telling you that.”

No idea is too wild or unbelievable for Maddow or the CNN talking heads to entertain. Tune in, but bring the tinfoil hat and the rubber sheets.