Pope Francis is sending $500,000 dollars to help migrants in Mexico who are trying to reach the United States.

“Pope Francis has donated 500,000 dollars to assist migrants in Mexico. The funds, from the Peter’s Pence collections, will be distributed among 27 projects promoted by sixteen Mexican dioceses and religious congregations, which requested assistance in continuing to provide food, lodging, and basic necessities to the migrants,” reports Vatican News.

The article notes that the migrants are primarily from Honduras, El Salvador and Guatemala but that they don’t plan to stay in Mexico, and are “instead hoping for a better future in the United States…however, the US border remains closed to them”.

The money will go to aid the more than 75,000 people who arrived in Mexico in 2018 as part of six migrant caravans.

As part of his crusade against populism, Pope Francis has repeatedly urged European countries to take in migrants from predominantly Muslim countries.

Catholics have also expressed alarm about his liberal views on abortion, gay marriage and the existence of hell, while also expressing amazement at his comparison of ISIS to Jesus Christ.

The notion that the Pope is a genuine humanitarian who cares about the plight of the powerless is also laughable given his role in covering up the Catholic Church’s global sexual abuse scandal.

Meanwhile, some voices within the Catholic church are actually telling the truth about how mass migration is destroying Christianity.

If this guy becomes the next Pope, I'm going full trad Catholic. pic.twitter.com/5VOMZx0oi2 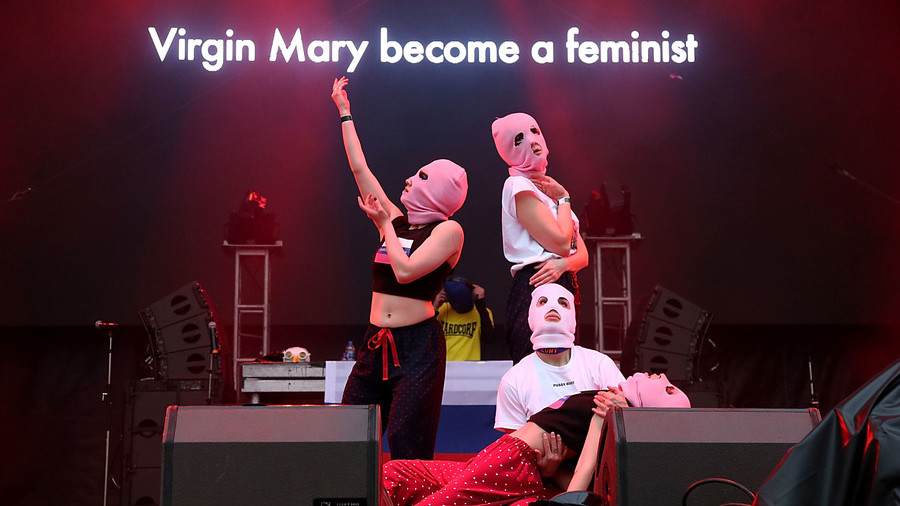 Two recent rulings by the European Court of Human Rights (ECHR) demonstrate not only that it’s a political and hypocritical organization. They also show the severe structural defects of human rights law in general.

On October 25, the ECHR found in favor of Austria and against a claimant, Frau S., who had been prosecuted for saying in 2008 that the Prophet Mohammed “was a pedophile” because he had married a six-year-old girl. The applicant had claimed that the criminal sentence she received violated her right to free speech, enshrined in Article 10 of the European Convention on Human Rights. The Court found against her and in favor of Austria, which had convicted her of inciting religious hatred. 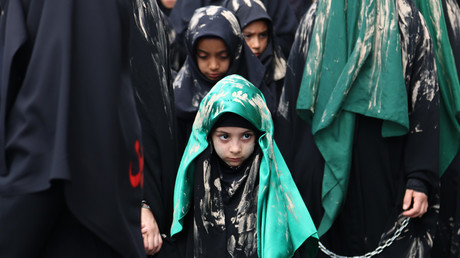 On July 17, the same ECHR, by contrast, had found in favor of Russian applicants from the now famous ‘Pussy Riot’ band, and against the Russian state, which convicted them for having incited religious hatred by staging a performance of a ‘punk prayer’ in Moscow’s Christ the Savior cathedral in 2012. This case was considered under three different articles of the European Convention on Human Rights but it made two judgements under the same Article 10 which the judges later said could not protect Frau S. In the Pussy Riot case, the court found that the girls’ right to freedom of expression under Article 10 had been violated.

In other words, according to the Strasbourg court, you are allowed to insult the Christian religion but not the Muslim religion. It is difficult to think of a more obvious case of double standards than this. Worse, and as Gregor Puppinck of the European Centre of Law and Justice in Strasbourg has pointed out, it is clear that the court justified finding in favor of Austria, and against Frau S., purely out of fear of Muslims. In numerous paragraphs of the ruling, it defends Austria’s conviction of the woman in the name of the goal of protecting “religious peace.” This can mean nothing else other than that peace might be threatened by Muslims if Austrians insult the prophet of Islam. In other words, the court is failing in its primordial role, which is surely to uphold the right of speech against threats of violence against them.

The double standards are all the more shocking because Frau S. was discussing facts. The Austrian courts ruled that the fact that Mohammed had married a small girl, and consummated that marriage when the girl was nine, did not justify her calling him a pedophile. By contrast, there are no facts at issue in the Pussy Riot case, whose action in the cathedral was purely designed to shock. In other words, the intentionality of the Pussy Riot girls cannot be in doubt, whereas it requires a speculative leap about her motives to say that Frau S. was deliberately trying to incite hatred.

The upholding of the conviction of Frau S. is also in contradiction with another ruling by the ECHR, in this case concerning Lithuania. In January of this year, the court ruled in favor of a clothing company which had used irreverent images of Jesus Christ and the Virgin Mary to promote its sales. This too was defended in the name of freedom of speech under Article 10. So, the ECHR is prepared to protect blasphemous or offensive freedom of speech even if the goal is purely commercial and not political – but only if the offence is against Christians and not against Muslims. 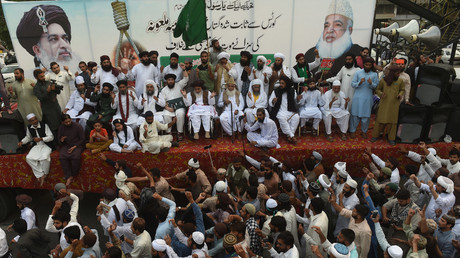 These gross inconsistencies show the structural defects of human rights law. The European Convention on Human Rights is a series of generalized statements about what sort of rights people should enjoy. Because they are necessarily general statements, these “rights” only become law after a ruling by a judge in a particular case. Because the judge has only these general statements to go on, and not a specific legislative act, he or she can more or less decide the case according to his or her personal opinion. It is in the very nature of such “human rights” courts that they give grossly excessive power to judges.

In proper legal systems, the law consists of detailed national legislation and specific rulings (jurisprudence). The role of the judge is to apply the law as it is: he or she has no room for personal maneuver. By contrast, in human rights courts, as in the Supreme Court of the United States, it is effectively judges who make the law. This is a very bad state of affairs because it turns courts into political instruments and judges into politicians, as we see every time there is a new appointment to the US Supreme Court.

The situation in Strasbourg is worse than in the US because a large majority of the judges at the ECHR had never been judges before. They may have a law degree but they have usually never sat on a bench before going to Strasbourg. Very often, they have been government employees. This means that they come to the job without the very specific training and experience which all judges should have. Instead, they often approach their job with a political agenda: this was, for example, the case of a Belgian judge who became vice-president of the court and who took up her appointment with an avowed determination to implement progressive policies.

This is why the ECHR has been so easily hijacked by political progressives who have pushed through a raft of political issues which should be decided by national parliaments after public debate and in accordance with public opinion. A large number of practices which either did not exist, or which were illegal, when the Convention was drawn up in 1950 have now been enforced by the ECHR against national legislation – abortion; in vitro fertilization; pre-implantation screening (in a ruling which promulgates the right to eugenics by declaring the applicants’ “right to bring a child into the world which is not affected by the illness that they carry”); the right to practice violent sado-masochism; the right for transsexuals to marry; the right to surrogate motherhood; the right to suicide (under Article 8 on respect for private and family life); and conscientious objection to military service. In this last ruling, the ECHR judges specifically gave themselves the right to change the law by saying that “it should have a dynamic and evolutive approach.”

Three things are clear from this list. First, these sorts of rights are clearly not the core human rights which the authors of the European Convention in 1950 thought needed protecting against dictatorial states. They are instead modish lifestyle choices. Second, the fact that these social changes have been pushed through by the ECHR means that we live under a government of judges – unelected judges who make the law in place of elected legislatures. Third, if the ECHR continues along the same path it has adopted for decades, then Europe will effectively have a law forbidding blasphemy against Islam but not against Christianity. The Court will thereby have decisively betrayed its claim to be acting in the name of universal values. Under such circumstances, it should be closed down.