It’s sad that it’s come to this.

A new law proposed by a California State Senator would provide gift cards to citizens of the state for staying sober.

Senate Bill 888, proposed by San Francisco’s Scott Weiner, would make recovering former meth users eligible to receive gift cards and other financial rewards for staying sober. Weiner has a controversial record as a state legislator, at one point proposing a law that made declining to reveal one’s HIV status to a sexual partner no longer a felony.

Methamphetamine has a particularly strong presence in California, and the state is one of the few in the country where more die from use of the cheap drug than they do of opioid overdoses.

California has a massive drug problem, a blight worsened by the state’s homeless population- by far the largest in the country.

Addicts would submit to regular drug tests to receive state benefits under the bill. They’d be made eligible for subsidized treatment with California’s Medi-Cal, the state medicare program.

Participants in the program can receive up to $330 in gift cards.

Weiner’s legislation may actually have some merits. Creating a cash incentive for drug users to stay clean may ultimately prove more effective than costly and ineffective state-controlled drug recovery programs. In any case, it’s likely paying addicts is a more efficient use of resources then locking them up in the stacked California prison system after committing crimes to fuel their addiction.

But it’s a tragedy that the state has come to this. California used to represent the dreams and aspirations of the American middle class, not ground zero for homelessness and drug addiction. 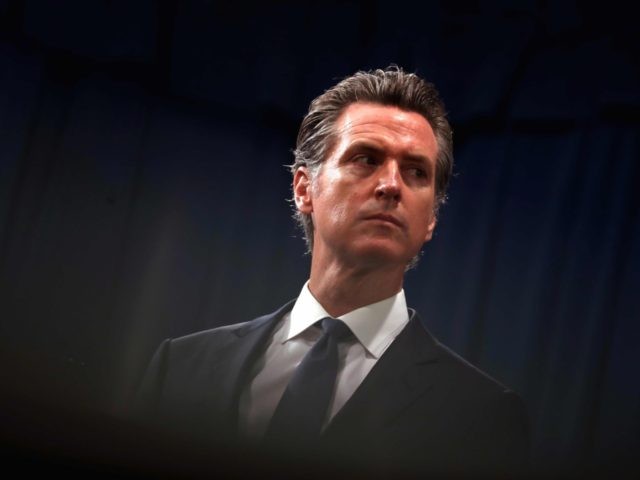 A California lawmaker has pledged to re-introduce a bill that would allow adults who live in the state illegally to receive medical care paid for by the government.

State Assembly member Joaquin Arambula, a Democrat and a doctor, announced the plans Monday as the legislature convened at the state capitol, according to the Los Angeles Times.

Should the bill advance, California would become the first state to extend Medicaid coverage regardless of immigration status. State projections for last year’s bill found that 1.8 million people in California are uninsured and reside there illegally; roughly 1.2 million would qualify for Medi-Cal, the name of the state’s Medicaid program.

The legislation is being introduced ahead of a new governor entering office. Gov.-elect Gavin Newsom initially had vowed to seek a single-payer healthcare system for the state, but tamped down his rhetoric later in the campaign, focusing instead on extending coverage to the uninsured. Single-payer systems refer to one source of payment for all medical services, usually the government.

Arambula introduced a similar bill last session alongside state Sen. Ricardo Lara, but the final versions would have covered fewer people than they had both originally envisioned. They were narrowed to young adults, between the ages of 19 and 26, and to immigrants over the age of 65. Outgoing Democratic Gov. Jerry Brown refused to fund the provisions in the state budget.

The latest plan would carry an estimated price tag of $3 billion a year, according to California’s Legislative Analyst’s Office, which would be paid for by the state’s general fund. Medicaid is otherwise jointly funded by the state and federal governments.

Critics have questioned whether people in the U.S. illegally would move to California to receive healthcare benefits, which would increase state spending.

Under a Medicaid provision in Obamacare, anyone making less than roughly $17,000 a year qualifies for coverage. That provision, however, doesn’t apply to people who are in the U.S. illegally. Emergency departments provide medical care for people regardless of immigration status.

California has already extended Medicaid to people younger than 19 who are in the state illegally.