Hate the rich but urge the rich to rule over them. – Liberalism explained A favorite bogeyman of the Democratic Party throughout the years has been “money in politics” hurting our electoral integrity.

The whining reached a fever pitch after the Supreme Court reached a decision in Citizens United v. FEC (2010), which supposedly stacked the deck for Republican fat cats to purchase US politics wholesale.

In the age of President Donald Trump, everything has flipped on its head. Democrats have lost their marbles and with it, all principles they used to hold dear have gone out the window.

These maniacal liberals are now more than happy to take dirty billionaire money if they think it might help stop Trump’s ‘America First’ agenda.

Nadler said on ABC’s “This Week” on Sunday that he plans to use his authority to harass Donald Trump Jr. as well as Trump Organization Chief Financial Officer Allen Weisselberg.

“We are going to initiate investigations into abuses of power, into corruption … and into obstruction of justice,” Nadler said. “It’s our job to protect the rule of law.

The newest liberal scheme is to call any criticism of billionaire leftist paymasters an anti-Semitic trope regardless of whether the accusations are true or not.

Republicans have been maligned in this despicable manner for pointing out the activism of not only Steyer but also billionaire oligarchs Michael Bloomberg and George Soros.

Data compiled by OpenSecrets.org shows that Steyer, Bloomberg and Soros were each within the top ten overall donors during the 2018 election cycle, giving nearly $200 million dollars to solely Democratic candidates.

While Democrats like to invent fake anti-Semitism to get people’s eyes off of who is funding them, they permit literal anti-Semitism to foment within their own ranks in the name of multiculturalism and diversity.

The Democrats are the party of radical Muslim anti-Semites, and the likes of Reps. Ilhan Omar (D-MN) and Rashida Tlaib (D-MI) will make that abundantly clear in the years to come.

In the same interview in which he made vile remarks about murdering infants after they are born as a form of abortion, Virginia Governor Ralph Northam attempted to change the subject by suggesting the government turn churches into gun-free zones.

Northam went viral on Wednesday after endorsing murdering infants during a conversation about abortion. The governor suggested that, if a new mother is still unsure whether she wants to have a child moments after giving birth, the child should be “kept comfortable” while the mother and her doctor determine whether to end its life.

Big League Politics has video of the full, horrifying statement. Fortunately, after a massive nationwide backlash, Virginia lawmakers made it clear that the bill would never be voted on, or even leave its subcommittee.

Perhaps overshadowed by the bombshell endorsement of infanticide, most of the media missed Northam’s suggestion that churches should be made gun-free zones, taking swipes at Americans’ First and Second Amendment rights.

This push to deprive Americans of the ability to protect themselves using their Second Amendment rights while in places of worship comes after at a time fraught with violence and threats against churches in America and around the world. In October of last year the FBI began investigating after a Seattle church was attacked with molotov cocktails, and the tragic 2017 shooting at a Texas church that left 26 dead before an armed citizen intervened and ended the killing spree is still fresh in the minds of many.

Just this week, terrorist group ISIS took responsibility for the bombing of a cathedral in the Philippines.

Apparently clueless to the massive public relations nightmare his statements created, Northam attempted to end the controversy surrounding his infanticide endorsement by tweeting that he has “devoted his life to caring for children” and condemning those criticizing him. He has yet to clarify his anti-Second Amendment statement.

Angry Democrats are planning to boycott Starbucks if former CEO Howard Schultz runs for president. The 65-year-old billionaire has said that he may run as an independent – a move which could peel votes away from whoever wins the Democratic nomination to face President Trump. 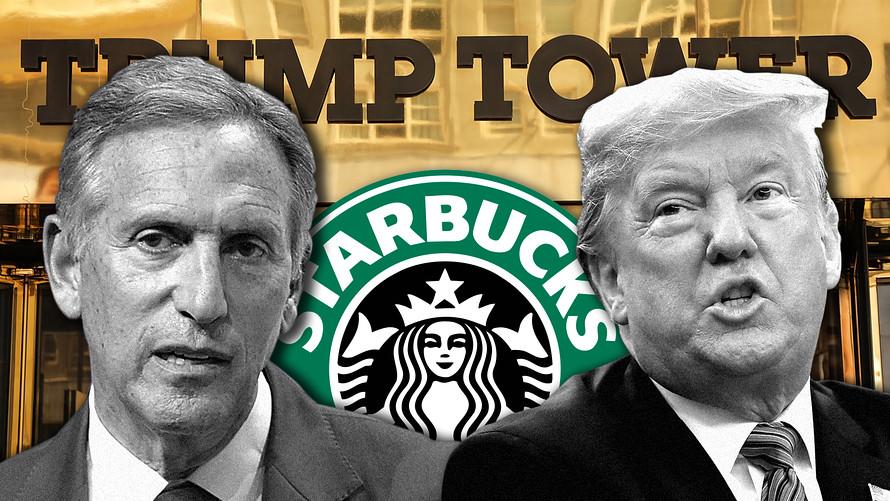 Putting it bluntly was a heckler at a New York Barnes & Noble, who told Schultz: “Don’t help elect Trump, you egotistical, billionaire asshole.”

Here's the video. A heckler shouts at Howard Schultz during an event in New York: "Don't help elect Trump, you egotistical, billionaire asshole." Via CNN pic.twitter.com/oabwfNnsmp

Fellow billionaire Michael Bloomberg warned Schultz not to run as an independent, writing on Monday that he had to make the same decision in 2008 when he was considering running for office.

“I faced exactly the same decision now facing others who are considering it,” said Bloomberg. “The data was very clear and very consistent. Given the strong pull of partisanship and the realities of the electoral college system, there is no way an independent can win.“

“In 2020, the great likelihood is that an independent would just split the anti-Trump vote and end up re-electing the President.That’s a risk I refused to run in 2016 and we can’t afford to run it now,” Bloomberg added. “We must remain united, and we must not allow any candidate to divide or fracture us. The stakes couldn’t be higher.“

Schultz, on the other hand, thinks that there are enough moderate voters on both sides of the aisle who are sick of the status quo and will rally behind him.

“I believe that lifelong Democrats and lifelong Republicans are looking for a home,” Schultz told Axios on Sunday night – acknowledging that a vote-splitting campaign “is going to create hate, anger, disenfranchisement from friends, from Democrats.”

Neera Tanden, president of the Center for American Progress, called for a Starbucks boycott if Schultz enters the race, tweeting: “Vanity projects that help destroy democracy are disgusting. If he enters the race, I will start a Starbucks boycott because I’m not giving a penny that will end up in the election coffers of a guy who will help Trump win.”

Other prominent Democrats have shared the anti-Schultz sentiment:

“I have a concern that, if he did run, that, essentially, it would provide Donald Trump with his best hope of getting reelected,” 2020 hopeful Julián Castro told CNN’s State of the Union on Sunday. “I would suggest to Mr. Schultz to truly think about the negative impact that that might make.”

During his Monday interview at Barnes & Noble, Schultz said that he wouldn’t “do anything” to help Trump win again, however he says he believes he would win if he runs.

The former Starbucks head blasted Trump in a Sunday “60 Minutes” interview – saying he isn’t fit to serve as president, and that both Democrats and Republicans are “consistently not doing what is necessary on behalf of the American people.”

In response to the interview, Trump tweeted on Monday: “Howard Schultz doesn’t have the “guts” to run for President! Watched him on @60Minutes last night and I agree with him that he is not the “smartest person.” Besides, America already has that! I only hope that Starbucks is still paying me their rent in Trump Tower!”

“I’m not going to respond to that. It’s childish. I’m not trying to win the Twitter primary” he said.

Schultz, worth $3.4 billion, owns 33 million shares of Starbucks as of June 26, 2018. He stepped down as executive chairman and board member last June after joining the company in 1982, and is now chairman emeritus.