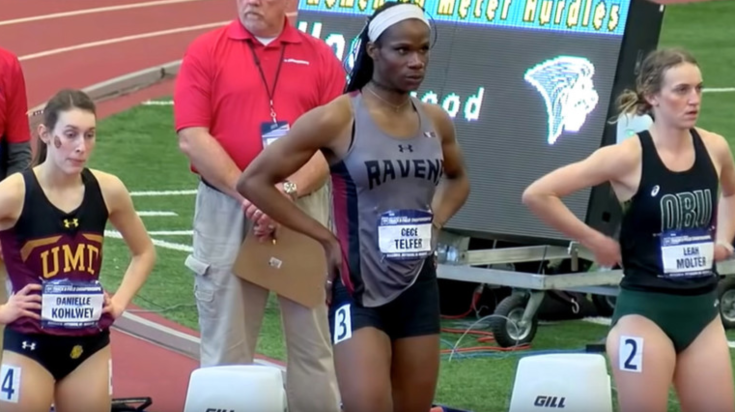 US transgender runner Cece Telferm, who previously competed against men, has become embroiled in controversy after winning the women’s 400m hurdles title – with many fans accusing the athlete of having an unfair advantage.

Franklin Pierce University senior Telfer took the National Collegiate Athletic Association (NCAA) women’s 400m hurdles title in dominant fashion at the end of May, setting a new personal best of 57.53 and finishing more than a second ahead of rival runners.

However, the victory was met with mixed reaction on social media, with many users insisting that Telferm should not have been allowed to compete against women.

“Cheat. It’s a shame that cheats are also given awards and celebrated,” one user wrote.

A number of fans fumed that the result of the race was highly predictable, as a mediocre male runner is stronger than even the best female athletes.

“This is getting beyond ridiculous. Natural born female sport is now in absolute crisis and if this is permitted to continue unchecked, XX chromosome World and Olympic records will shortly be consigned to history. XX female athletes cannot beat CeCe, it’s simply not a fair fight!” one person wrote.

Some users suggested that there should be a new division introduced for transgender athletes to ensure fair competition in sport.

“There needs to be men’s, women’s and ‘others’ categories then. It has to be a level playing field or it’s just not fair,” one commentator suggested.

“I am so thinking this is not fairness or sporting. Create a new category,” another user added.

“Sports need another category—men , women, and transgender. The women are competing with a biological male, in this case. In other words, more muscle just by nature’s biology,” one more comment reads.