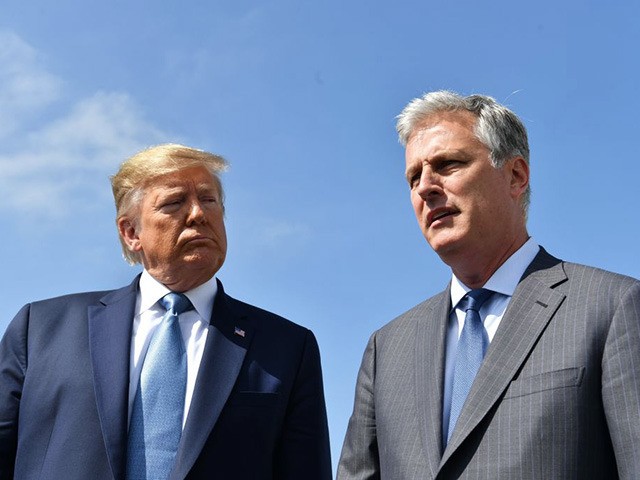 The fake news is going into overdrive following Trump’s announcement.

The Trump administration announced on Sunday night that they would remove troops from Northern Syria, and cede ISIS prisoners of war to Turkey.

“Turkey will soon be moving forward with its long-planned operation into Northern Syria. The United States Armed Forces will not support or be involved in the operation, and United States forces, having defeated the ISIS territorial ‘Caliphate,’ will no longer be in the immediate area,” White House Press Secretary Stephanie Grisham said.

This prompted immediate outrage from the fake news, Democratic Party, and even neoconservatives within the Republican Party who are disloyal to the President. One deep state operative embedded within the National Security Council (NSC) even bashed Trump anonymously following the news.

“President Trump was definitely out-negotiated and only endorsed the troop withdraw to make it look like we are getting something—but we are not getting something,” the NSC source source said to Newsweek. “The U.S. national security has entered a state of increased danger for decades to come because the president has no spine and that’s the bottom line.”

“The ISIS prisoners, some of them, will eventually be freed amongst the chaos, and remain in the area or go elsewhere to rejoin the fight,” the NSC official added.

The NSC stoolie made it clear that they want the U.S. to keep playing the policeman of the world, and conduct nation-building operations similar to what was tried in Iraq with disastrous results during the Bush administration.

“To be honest with you, it would be better for the United States to support a Kurdish nation across Turkey, Syria and Iraq,” the NSC source said. “It would be another Israel in the region.”

However, President Trump was elected to put America First and stop wasting blood and treasure abroad to make a globalist empire. He is fulfilling his mandate by removing the troops and ceding control of the terrorist POWs.

“As I have stated strongly before, and just to reiterate, if Turkey does anything that I, in my great and unmatched wisdom, consider to be off limits, I will totally destroy and obliterate the Economy of Turkey (I’ve done before!),” Trump said in a Twitter post on Monday. “They must, with Europe and others, watch over the captured ISIS fighters and families…it is time now for others in the region, some of great wealth, to protect their own territory.”

Trump has angered all of the right people with his “America First” policy plan in Syria. The President cares more about fulfilling his campaign promises than he does with impressing bureaucrats who serve the Washington D.C. swamp.