China’s GDP growth is expected to fall from six percent last year to 5.4 percent in 2020 due to the spread of the COVID-19 virus, said the latest report by Oxford Economics.

It has modeled two scenarios on the coronavirus outbreak morphing into pandemic. Under the first scenario, if it spreads more widely in Asia, world GDP would fall by $400 billion this year, or 0.5 percent. The second scenario foresees the global GDP dropping $1.1 trillion or 1.3 percent, if the virus outbreak becomes a pandemic and a disruption to manufacturing in Asia spreads worldwide. Such a decline would be the same as losing the entire annual output of Indonesia, which is the world’s 16th largest economy.

“Our scenarios see world GDP hit as a result of declines in discretionary consumption and travel and tourism, with some knock-on financial market effects and weaker investment,” wrote the analysts.

Oxford Economics said it still expected the impact of the virus to be limited to China and to have a significant, but short-term impact, bringing world GDP growth just 0.2 percent lower than January at 2.3 percent.

The growth of new confirmed cases of the deadly coronavirus has slowed down this week, but experts warn it is too early to call the all-clear for the risk of a pandemic. So far, there are over 75,500 confirmed cases and more than 2,100 deaths.

While the markets have slightly rebounded after the shock of the coronavirus outbreak, the effects of the crisis could ripple across industries, ex-Fed insider Danielle DiMartino Booth believes.

After sliding to the lowest close in over a week on Friday over the spread of the deadly virus, US stocks rebounded slightly as the new trading week began, with the key Dow Jones Industrial Average index climbing over 200 points on Tuesday. However, the markets could still grossly underestimate the consequences of the outbreak and are just hinging on the Fed’s injections, says former Fed insider Danielle DiMartino Booth.

“The markets are woefully underestimating the important economic impact globally of what this [outbreak] means given that we started the year leaning on multinationals to charge out of the US earnings recession and leaning on Germany to come out of its own industrial recession. That’s not going to happen either,” she told RT’s Boom Bust.

Booth explained that the companies which were set to lead the US out of the earnings recession are highly dependent on revenues and profits from overseas. The coronavirus could easily impede this, but the markets may still “press towards all-time highs, because they’re saying this bad news is good enough that it’s going to actually cause [the] Fed’s liquidity injections to grow.”

THE SICK THING IS; THEY WANT A RECESSION.  THEY’RE ROOTING FOR IT.  JUST SO THEY CAN BLAME TRUMP.  THESE ARE SICK PEOPLE WE’RE DEALING WITH. 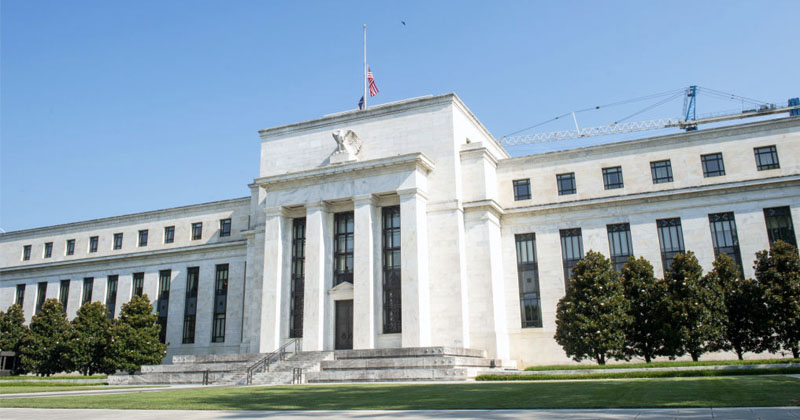 Central bank will ‘manipulate 2020 election and make any recession look like Trump’s fault and not the Fed’s fault,’ says Kevin Shipp.

The Federal Reserve has been using its central bank powers in an attempt to tank the economy to blame President Trump and manipulate the 2020 election outcome, according to CIA whistleblower Kevin Shipp.

“He [Trump] has got the Fed shaking in their boots. When the Fed gags its board of directors and its members, that is not good,” Shipp said on “USA Watchdog” with Greg Hunter on Saturday.

“Something not good is going on. Perhaps they are bringing the interest rates down to zero. Perhaps it’s the fact we are entering into, not only U.S., but a global recession. So, they have put the lid on any comments coming out, and I think they have done it for a reason that is concerning…”

“Trump is at war with the Fed, and the Fed has put a lid on all its people. It’s a gag order to keep its people from talking about what the Fed plans to do,” he continued.

“I think it is tied to an upcoming global recession, and we may see quantitative easing (money printing) rates go to zero, and they don’t want the President or the public to know what they are about to do,” Shipp added.

The Fed’s attempts to ruin Trump are obvious given how it behaved during Obama’s presidency, such as its excessive money-printing policies and holding interest rates at 0% for most of Obama’s tenure.

“So, it is apparent the Fed waited until Trump was elected to start hammering and pounding on the economy, which apparently they did not want to do under Obama,” Shipp said. “Can you raise the suspicion that the Fed is against Trump or that the Fed is trying to take the credit for the economy away from Trump? I think that appears to be entirely possible…”

“Trump has said it exactly right, it’s a war between Trump and the Federal Reserve, which, of course, is not federal and it has no reserves…

Shipp said that Trump is aware of the Fed’s moves and is correctly planning to shift blame to the Fed for any economic correction or collapse because it is the progenitor of America’s boom/bust cycles.

“In my view, I think that Trump is convinced that the Fed is going to try to destroy the advances in the economy to make 2020 less possible for re-election and actually manipulate the political landscape,” Shipp said.

“I think Trump is clearly and wisely aware of what they are doing…I think Trump thinks the Fed is going to manipulate the 2020 election and make any recession look like Trump’s fault and not the Fed’s fault.”

“God bless Donald Trump because he is the first President to call out the Fed like he is doing,” Shipp added. “Trump has been right all along.”

Trump called out the “very selfish” Fed on Monday, saying they should lower interest rates back down because the dollar is so strong thats it’s actually weakening the global economy. 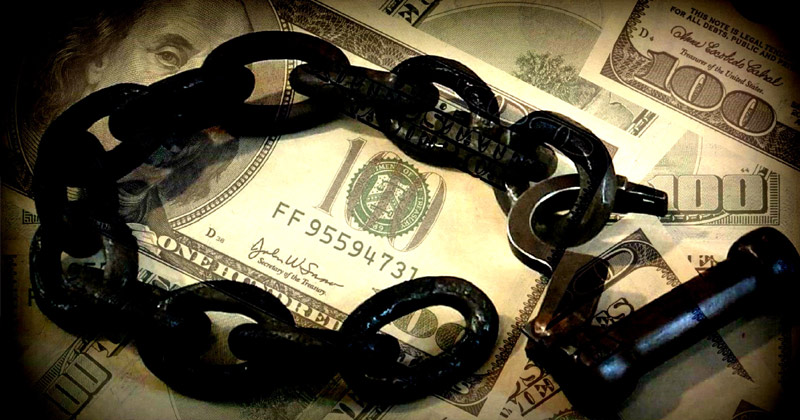 For those on the left that would like to see Trump voted out in 2020, the timing of the next recession will be key

All of a sudden, it seems like the mainstream media just can’t stop talking about “the coming recession”.

If you go to Google News and type in the word “recession”, you will literally get dozens of articles from the last couple of days with “recession” in the headline.  And of course it is true that there are signs of global economic trouble all around us, and I have been documenting them on my website all throughout 2019.  So we don’t want to criticize the mainstream media when they actually decide to tell the truth, because a recession is definitely coming, but could it be possible that there is also a hidden political agenda at work?  The economy is generally regarded to be one of the bright spots for President Trump, and political operatives on the left clearly understand that a major economic downturn now would spell almost certain doom for Trump’s chances of winning the 2020 election.  And when mainstream reporters talk about the possibility of a recession as we approach the next election, many of them almost seem gleeful as they describe how it could hurt Trump politically.  Ultimately, when things start to really get bad it is inevitable that the mainstream media will place the blame directly at the feet of Trump.  It is easy to imagine a narrative along the lines of “Trump’s handling of the economy has plunged the nation into a recession” being relentlessly pounded into the heads of American voters over the next year.  And if the end result is Trump being voted out of office, more than 90 percent of those that work for the big news companies will be just fine with that.

This week, we have seen an absolute explosion in the number of stories about the possibility of an imminent recession.  The following are just a few of the stories I came across while doing research earlier today…

–Recession watch: 6 financial moves to make when the economy slows down

–The recession question we should be asking isn’t ‘when’ but ‘how bad?’

–Recession ahead? Dow, stocks tank on fears that bond market signals a downturn

–Recession signs are flashing, but Americans are still shopping at Walmart

–Worried about a recession? Don’t panic, but be prepared

Of course many of these stories were sparked by a major event that we just witnessed on Wall Street.  The following comes from Fox Business…

Yes, it is possible that the yield curve could be wrong this time, but I wouldn’t bet on it.

And the economic news that is coming in from all over the world just continues to confirm that conditions are deteriorating.  On Thursday, we learned that U.S. manufacturing has slumped back into contraction territory, and earlier this week we got some really troubling news from Germany and China…

So it isn’t as if the mainstream media is being dishonest with us in this case.  Global economic activity is most definitely slowing down, and many believe that things will get much worse during the second half of this year.

And a global economic slowdown would be terrible news for the Trump campaign, because their entire narrative depends on President Trump making the economy great again.  A substantial percentage of American voters are convinced that since he is a billionaire, Trump must really understand the economy very well.  And according to a CNN poll from earlier this year, the performance of the economy is one of the main reasons for his current level of support…

But if the U.S. economy plunges into a painful recession, the game completely changes.

For those on the left that would like to see Trump voted out in 2020, the timing of the next recession will be key.  If the next recession doesn’t begin until the second half of 2020, there may not be enough economic pain before November to swing the election in the favor of the Democratic candidate.  So what the left really needs is for a recession to begin during the second half of 2019 or the first half of 2020 so that Americans are really suffering by the time election day rolls around.

I know that is a very sick way to think, but these are the sorts of conversations that these people actually have.  For example, on his own television show Bill Maher publicly stated that a recession would be “worth it” if Trump is voted out in 2020.  As we approach the next election, many on the left will be so desperate to see Trump gone that they will be willing to pay just about any price to see that happen.

And to be honest, the U.S. economy is definitely way overdue for a major downturn, and so it is only prudent to get prepared for rough times ahead.  At this point, even USA Today is providing us with “recession survival tips”…

That is actually really good advice.

Now is a time to cut costs, get out of debt and build up your emergency fund.

The coming year promises to be quite chaotic, and those that hate President Trump are likely to pull out all the stops in an all-out attempt to get him voted out in 2020.