It was revealed Thursday morning that longtime Democrat Congressman Elijah Cummings (MD) died at the age of 68 on Wednesday.

Cummings was the Chairman of the very powerful House Oversight Committee and he was pumping out subpoenas while he was in hospice.

In fact, it was revealed that he signed subpoenas from his death bed just hours before he died.

The signatures on Cummings’s October 16 subpoenas look completely different from a September 30 subpoena so people are asking who really signed the documents.

CNN reported on Thursday that Rep, Cummings signed subpoenas directed to two US immigration agencies just hours before he died.

In one of his last official acts before his death, the late House Oversight and Reform Committee Chairman Elijah Cummings signed two subpoenas for documents related to a temporary end to a policy change that allowed some immigrants with severe health issues to remain in the US.

Hours before his passing, staffers drove the subpoenas to Baltimore for Cummings’ signature, said a Democratic committee aide.

“Chairman Cummings felt so strongly about the children, that he was going to fight until the end,” said the aide.

Elijah Cummings’ signature on the October 16 subpoena looks very different from his signature on other documents.

Cummings’s signature on page 3 of the October 16 subpoena looks different from page one:

The Donald Trump administration wouldn’t allow Gordon Sondland, a key figure in the Democrats’ impeachment effort, testify in the House because it would be “a kangaroo court,” the president said.

Democrat-led committees in the US House, which are in the process of collecting evidence to argue the impeachment case against President Donald Trump, wanted to hear the testimony of Gordon Sondland, Washington’s ambassador to the EU. His scheduled appearance, however, was blocked by the White House.

Trump “would love” to send Ambassador Sondland, who he has called a really nice guy, to testify, but it would hardly yield any results.

He [Sondland] would be testifying before a totally compromised kangaroo court, where Republican’s rights have been taken away, and true facts are not allowed out for the public to see.

Sondland was one of several US officials whose messages were released by the House Foreign Affairs, Intelligence and Oversight Committees in an attempt to prove that President Trump pressured Ukraine in order to gain an advantage in the 2020 presidential election.

Trump cited one message in which the diplomat tells William Taylor Jr, the US ambassador in Ukraine, that Trump was “crystal clear: no quid pro quo’s of any kind.”

“That says it ALL!” the US leader said.

What’s new? This guy has been calling for impeachment forever.

Perhaps he needs to READ SECRET EMPIRES About how Biden and his son plus Kerry and his son used the VP office to make $billions. 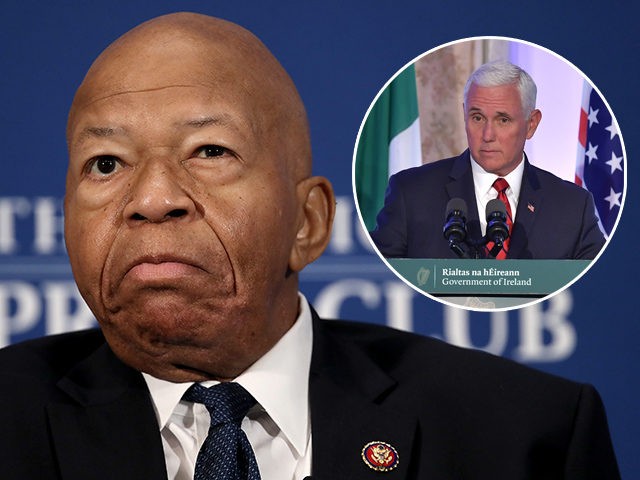 Democrats quickly attacked Vice President Pence regarding his stay at Trump International Golf Links In Doonbeg, Ireland. Pence chief of staff Marc Short insisted that the VP’s office followed protocol and received State Department signoff on the trip. Short also said that Pence is personally covering the costs for his mother and his sister to stay at the Trump hotel. Pence’s office has insisted that President Trump did not “direct” the vice president to stay the Trump hotel in Ireland.

Chairman Cummings said in the letters to the officials that the Democrat-led Oversight Committee “does not believe that U.S. taxpayer funds should be used to personally enrich President Trump, his family, and his companies.”

From these documents obtained by Breitbart News, Cummings wishes to know how much the trip cost the “American taxpayer–or benefited the Trump organization.” The Maryland congressman suggested that this trip might amount to a “conflict of interest” and “waste of taxpayer funds,” or even a violation of the Domestic Emoluments Clause of the Constitution.

Cummings cited that the Emoluments Clause stipulates that the president can receive a salary during his tenure in office but that “he shall not receive within that Period any other Emolument from the United States, or any of them.”

Cummings demanded that the White House hand over documents with “itemized costs” for Pence’s trip, as well as the costs for President Trump’s June 2019 trip to Trump Doonbeg.

Chairman Cummings’ inquiry into Pence’s trip to Ireland has incensed those close to the White House. 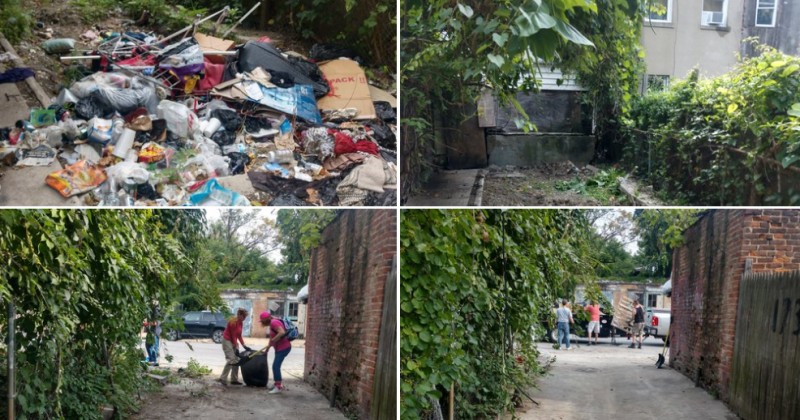 Nice! Chances the Baltimore Sun retracts? I’m not betting on it, although of course, they should.

Nice! Chances the Baltimore Sun retracts? I’m not betting on it, although of course, they should.

Mark Levin uses Elijah Cummings own words to destroy the narrative that even the word “infested” is a “dog whistle” for racism. 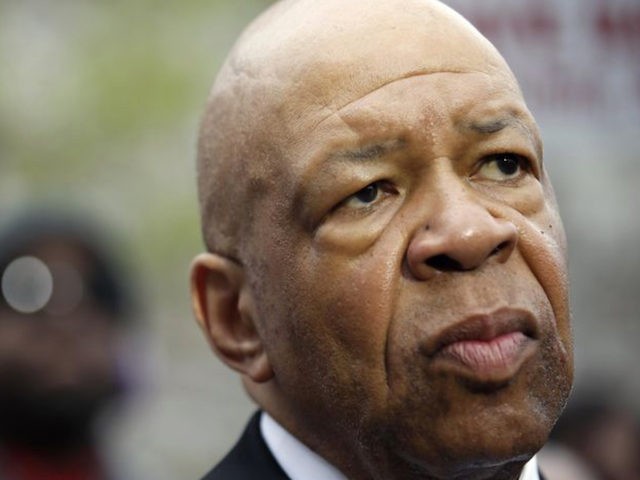 Rep. Elijah Cummings (D-MD) turned down an offer to tour a Housing and Urban Development (HUD) facility in Baltimore with HUD Secretary Ben Carson on Wednesday.

The agency extended an invitation on Tuesday but Cummings turned down the request.

When reporters asked Carson about why Cummings was not present at a press conference, he responded Cummings may have been absent due to a scheduling conflict but did not elaborate on why he skipped the tour.

Carson visited the Baltimore facility soon after a series of weekend tweets from President Donald Trump criticized Cummings for being a “brutal bully,” alleging his district was in disrepair because of his lack of oversight.

While critics have called Trump’s remarks “racist,” not many people have been able to counter Trump’s claims about Baltimore’s corruption, high-murder rate, and rat problems.

President Trump: "Baltimore's been very badly mishandled for many years…Baltimore is an example of what corrupt government leads to…If they ask me, we will get involved."

“The government has been pumping billions of dollars to no avail. Baltimore is an example of what corrupt government leads to. … I feel so sorry for the people of Baltimore, if they ask me we will get involved,” Trump told a crowd of reporters Tuesday. 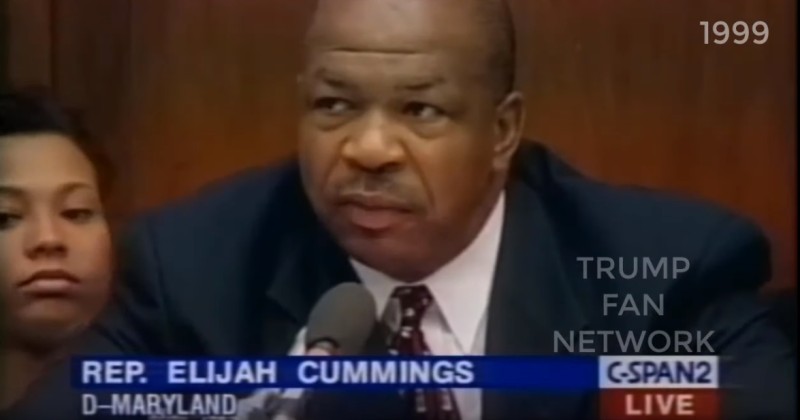 But only Trump was called a bigot

President Trump has been labeled a racist for using the word “infested” to describe Baltimore’s rat problem, but Elijah Cummings used the exact same word to describe the city back in 1999.

As the video below highlights, CNN slammed Trump for using the word “infested” to describe Baltimore, suggesting that the president was dehumanizing black people.

However, during 1999 testimony, Elijah Cummings referred to his own district as a “drug infested area.

I guess Elijah Cummings is racist too.

As we previously highlighted, Bernie Sanders also claimed Trump was “attacking” an American city by calling Baltimore rat infested yet Sanders himself repeatedly said the place resembled a “third world country” back in 2015.

Meanwhile, Benny Johnson visited residents in Rep. Cummings district to find out what life is really like there.

We are in a political firestorm over the condition of Baltimore.
So what is life really like there?
I spoke with residents in Rep. Cummings district.
Here's what they had to say: Rats. Trash. Crime. Abandoned by politicians. Begging for change.
Want the truth?
Please WATCH @TPUSA pic.twitter.com/rkHwwHc1kf

Are they all racist too? 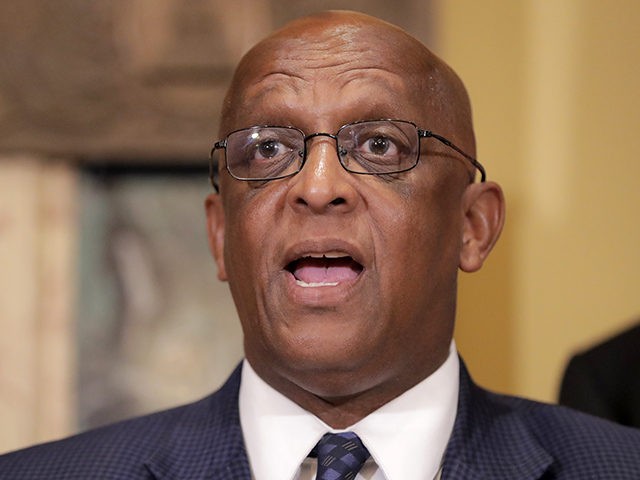 By Joshua Caplan and Ezra Dulis

Baltimore Mayor Bernard “Jack” Young (D) said Monday that President Donald Trump should send federal assistance to the troubled Maryland city instead of criticizing its management — though the mayor’s budget is already spending $66 million in federal grants this year alone.

“If he really wants to, he needs to send us the federal assistance — not only to Baltimore, to cities around this country that are in the same situation that Baltimore is in — but he’s so interested in childish tweets,” Young (pictured) said in an interview with CNN New Dayco-host John Berman.

Young’s remarks follow a string of fierce criticisms from President Donald Trump directed at Rep. Elijah Cummings (D-MD), whose district encompasses Baltimore. Over the weekend, the president blasted the 13-term congressman for the Maryland city’s worsening conditions, calling it a “disgusting, rat and rodent infested mess” and a “very dangerous & filthy place.” He also said conditions in the city are “far worse” and than those at the U.S.-Mexico border detention centers.

“I mean, if you want to help us, help us. Don’t talk about it, send the resources we need to rebuild America,” Young stated. “He’s talking about he wants to ‘make American great again.’ Put the money in the cities that need it the most and that way you can make America great again.”

According to the official copy of the city’s Fiscal Year 2019 budget, Baltimore is already spending “$66.3 million in federal grants,” and its “federal fund operating appropriation is budgeted at $165.9 million.”

“In Fiscal 2019… the Federal government is providing a combined $30 million for the renovation of City streets, highways, and traffic engineering projects,” the document reads on page 185.

Several line items of “Federal Fund Appropriation” include $1 million for “general services,” $2.38 million for “Youth Violence Prevention,” $8.77 million for “Housing and Community Development,” and a whopping $29.19 million for “HIV Treatment Services for the Uninsured.”

The city’s budget was finalized under former mayor Catherine Pugh, who resigned just months ago amid a scandal alleging “self-dealing” arrangements, where entities seeking to do business with the city reportedly bought thousands of copies of a children’s book by Pugh to boost its sales numbers. Young, who was city council president at the time of her resignation, became acting mayor and will potentially face his first election for the position in 2020.

If President Trump were to send federal assistance to Baltimore, he would not be the first president to do so in the last decade. In 2009, Baltimore received $1.8 billion from then-President Barack Obama’s American Recovery and Reinvestment Act (ARRA) — however — the Democrat-controlled city has yet to see its fortunes turn around despite the massive investment.

As the Washington Free Beacon reported, the Obama administration allocated $1.8 billion of its 2009 stimulus to Baltimore. Of the investment, $26.5 million was aimed at crime prevention, $26 million to revitalize vacant buildings, and $9.5 million to tackle homelessness.

Despite receiving considerable aid, violence continues to plague Baltimore with homicides on track to pass 300 for the fifth consecutive year. A Breitbart News analysis of 2018 homicide rates shows Baltimore’s homicide rate, which stands at 51 per 100,000 residents, was, in fact, “higher than Honduras and nearly the same as in El Salvador.”