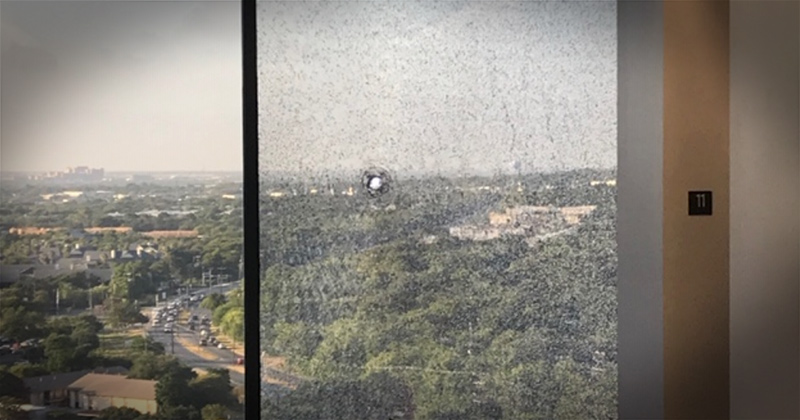 The FBI is investigating the shooting of two Immigration and Customs Enforcement (ICE) buildings in San Antonio, Texas.

The agency is describing the incidents as “targeted attacks” of federal agents, with bullets missing an employee by only two inches.

Despite the shooting taking place at 3 a.m., multiple federal employees were working in the offices at the time.

Acting Director of the U.S. Citizenship and Immigration Services (USCIS), Ken Cuccinelli, tweeted out a photo of one of the bullet holes that went through a window.

A special agent in charge of the FBI’s San Antonio division, Christopher Combs, said, “These shootings were cowardly, brazen, violent acts, absolutely without justification and a threat to our entire community.”

“An attempt to attack federal employees is a federal crime with serious consequences. The FBI will relentlessly pursue every lead in this case to find the individuals who are responsible,” he continued.

During a Tuesday press conference, Combs made it clear he thinks the shooter or shooters “did some research” before targeting the building.

“I don’t think there is a question that they knew which floor the ICE office is on,” he said.

Combs also stressed the fact that other ICE buildings across the country are in danger of being attacked as political hostility against the agency continues to be fomented by the left.

Last month, an ANTIFA member was shot and killed by police as he threw Molotov cocktails at an ICE facility while armed with a semi-automatic rifle. 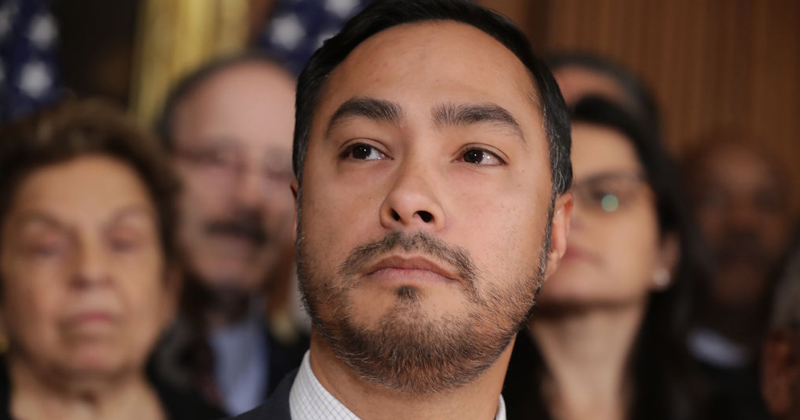 A man whose name erroneously appears on a Trump donor list propagated by Rep. Joaquin Castro (D-TX) says he needed to go over emergency plans with his family after the list put him in danger.

“Harper Huddleston” and his business were listed as one of Trump’s top San Antonio area donors in a list tweeted out by Castro earlier this week, but Huddleston says the name on the list refers to his retired father, with whom he shares a first name.

“He said the mix-up was because they share the same first name, but have different middle names, though his father does not go by the name Harper,” reported Fox News.

Huddleston says while he’s a Trump supporter, he has actually donated to the mayoral campaign of Joaquin’s brother Julian Castro, who is currently running for president.

The mix-up has put Huddleston and his family in danger, and he, his wife and three children have been forced to review emergency strategies on how to stay safe.

“We convened together as a family and talked about situational awareness, exit strategy, avoiding and exiting conflict, talked about staying low and close to home and just being at our very highest senses,” Huddleston said in an interview with Fox & Friends.

Huddleston said he takes issue with Castro using his large platform as a politician, amplified by the media, to demonize an entire group as racist, and says it has only strengthened his support for Trump.

“All this does is galvanize the interest and reinvigorate making America great again,” he stated.

Despite taking heat from both Republicans and Democrats on the issue, not to mention the fact that two mass shootings were carried out over the weekend in the name of political violence, Castro has yet to delete the tweet. 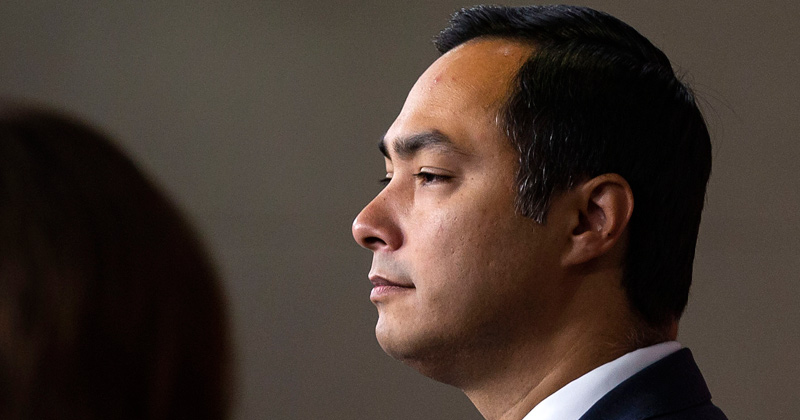 “What I would like for them to do is think twice…,” he stated

Rep. Joaquin Castro (D-Texas) says he posted a list of Trump donors in San Antonio because he wants people to “think twice” about supporting the president.

During an Wednesday appearance on MSNBC with host Willie Geist, Castro had this to say:

Geist: Congressman, as you look at this list, I know you say you didn’t put their addresses out there. It’s easy to find them. These people undoubtedly are already being harassed online or perhaps face-to-face, in some cases, they could be. What do you say to those people this morning who say, ‘I made a campaign donation, and now I’m going to be harassed. I’m going to have people protesting outside my business or perhaps even my home?’ What do you say to them? Do you want them to repent for their support for Donald Trump, or what do you want from them?

Castro: Well, the first thing is that I don’t want anybody harassed or targeted…

Geist: But they will be, because you put their names in public.

Castro: Look, that was not my intention.

Geist: But that’s what will happen.

Castro: These things are public. No, what I would like for them to do is think twice about supporting a guy who is fueling hate in this country.

This exchange is *chef kiss*

Rep. Castro: “Look I don’t want anyone to be harassed or —“

Willie Geist: “Well they will be because you put their names out there.”

Rep. Castro: “That was not my intention —“

Willie Geist: “But that’s what will happen.”
pic.twitter.com/yTOwgiOlVi

While it’s true the information was already publicly available, the public as a whole wasn’t even looking at the list until Castro very publicly shined a spotlight on it, given the resulting controversy.

It could be argued that there’s a difference between having your information listed in a phone book versus having it smacked on a bright, Interstate billboard.

Interestingly, six of the donors also gave money to Castro, according to the Daily Caller.

“The reports state that three people on the list who donated the maximum amount of $5,600 to the president also maxed out to Joaquin Castro’s congressional campaign, while another three individuals named donated to Julian Castro’s [his brother] mayoral campaign,” the outlet reported. “Julian Castro is in the midst of a long-shot presidential campaign, which is being run by his twin brother.”

“The rest of the community is sensitive. We’re sensitive to both Republican and Democrat views.”

“A lot of us here in San Antonio are independents,” he added.

Africans from Ebola-ridden Congo are coming through America’s southern border illegally with the help of Soros NGOs.

The Congolese are not being screened by Border Patrol, are given temporary asylum and are being dropped off in major cities in this country.

Normally migrants that come in have host families or destinations, but with the Congolese, this is not the case.

Most have no host families yet, so they are given bus tickets to other cities.

There has been a news blackout on the Ebola threat, meanwhile, the border is collapsing and there is no telling how many people from Ebola-stricken countries are entering the U.S.

Infowars talked to residents of and visitors to San Antonio, Texas who were very concerned.

Infowars reporters watched a migrant shelter over a short period of time as Africans literally vanished into America after being sent off in busses.

There will be one more video covering the tour of the shelter in San Antonio and how African migrants did not have host families but were being sent off anyway.

San Antonio Resident Speaks Out About The Illegal Migrant Invasion