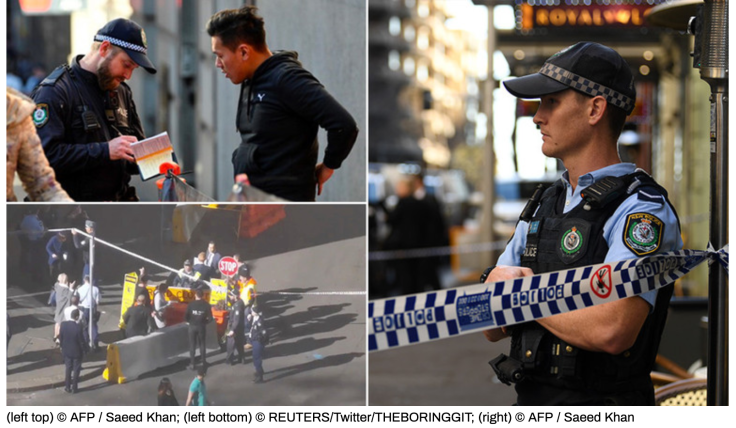 Police found a woman’s body inside an apartment complex in Australia‘s most populous city. Her death is said to be “linked” to the stabbing attack during which the suspect shouted “Allahu Akbar” before being arrested.

The woman’s body was discovered with a slit throat, police confirmed to multiple news outlets. It happened hours after a man armed with a knife went on a rampage in Sydney, injuring two female bystanders. Police believe the body is “linked” to this incident.

The suspect shouted “Allahu Akbar” and “shoot me” before a group of locals subdued and pinned him to the ground. He was then arrested and is now in custody.

This happened in Sydney. What is he saying at 22 seconds of this video? pic.twitter.com/fn8VJEgO1Y

One of the victims was hospitalized after she was stabbed in the back. Her condition is said to be stable. Another later came to the police station after being slashed in the hand.

Video of man being arrested after police operation in Sydney's CBD on King and Clarence St. #SydneyCBD #BREAKING pic.twitter.com/cTs063eKM5

The body was found inside the building on Clarence Street, which is not far from where the stabbing attack occurred.

According to multiple news outlets, the suspect is Mert Nay, a resident of one of Sydney’s suburbs. The police are said to be searching his house.

Prime Minister Scott Morrison called the attack “deeply concerning” and said the suspect’s motive “has not yet been determined” by police.