I don’t hear any difference from what’s coming out his mouth.

Jon Miller calls out Adam Schiff for rewriting the Trump Ukraine transcript to say what he wants it to say. Adam Schiff misled congress and the American people today when he read his own version of the transcript filled with lies and mischaracterizations of President Trump’s conversation. Democrats are now openly lying about what Trump said in an effort to get him impeached.

How do the Democrats get away with openly lying to the American people? One answer: The Media will cover for them no matter WHAT they do.

Schiff should be charged

I thought nothing would shock me, but watching a news media outlet muting the President mid conference is so embarrassing it’s insane. Disgusting hypocrisy

MSNBC: We interrupt the President‘s press conference to bring you this important lie. 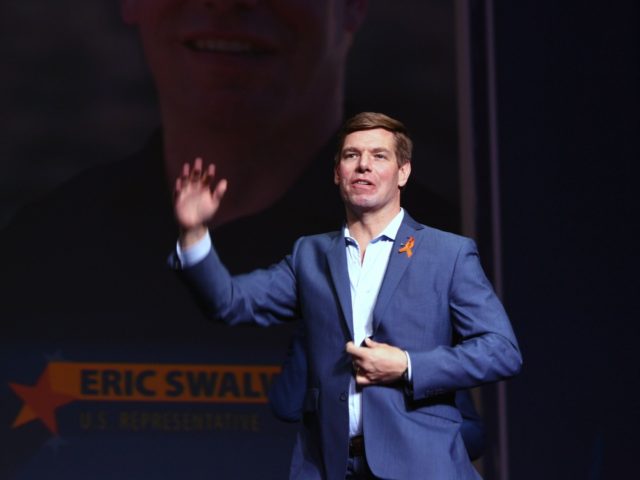 During an appearance on CNN’s SE Cupp Unfiltered, Democrat presidential hopeful Eric Swalwell made clear he has a plan for handguns he will pursue after AR-15s are confiscated.

Cupp began the segment on Saturday with Swalwell by telling him she appreciates the fact that he is one of the few leftist candidates who admits he plans to take away an entire category of firearms.

Cupp said: “You are the only candidate who is calling for a confiscation of guns. You say you want to ban and buy back every single assault weapon in America. You’ve touted Australia as a model of how gun confiscation works.”

She added, “Gun control advocates often say no one is coming to take your guns away, [but] you say, ‘Yes I am.’ And that is refreshingly honest.”

Swalwell contrasted himself with the rest of the Democrat field, saying: “Other candidates have called for an “assault weapons” ban, but they only want to ban future manufacturing, and future sales. And I think if you recognize that an “assault weapon” shouldn’t be made any more in America, why don’t you just get to the point where you say ‘Those that are here, shouldn’t be here.’ That’s where I”m at.”

Cupp pointed out that “assault weapons” are involved in “less that five percent of gun murders” in America. She then asked Swalwell why he is “stopping at ‘assault weapons’ …and not confiscating handguns, which account for the vast majority of gun deaths.”

Swalwell made clear he also has a plan for handguns, but he is focused on getting rid of “assault weapons” first.

On Wednesday as the House Judiciary Committee discussed whether to hold Attorney General William Barr in contempt of Congress for refusing to release an unredacted Mueller report, Rep. Matt Gaetz (R-WI) explained how the progression of Democrat’s push for more info on the Mueller report aligns with “the five states of grief.” “This is all about impeaching the President,” Gaetz said. (Full Speech)