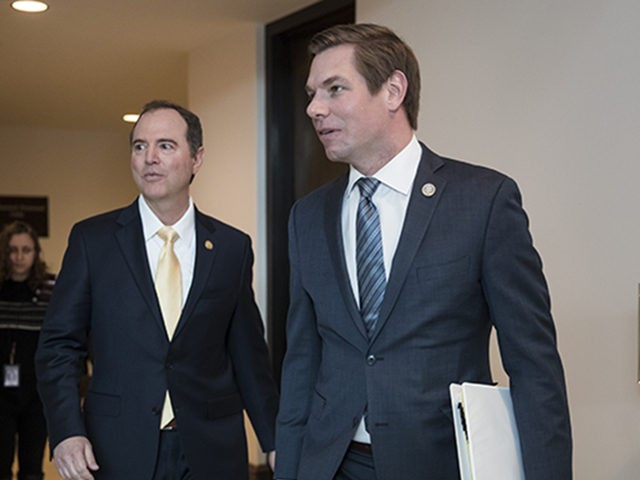 Twitter on Tuesday began “fact-checking” President Trump’s tweets but let elected representatives of the U.S. Congress claim that the president’s campaign colluded with Russia to win the 2016 elections for three years.

Jack Dorsey, the founder and CEO of Twitter, said Wednesday evening that the company’s intention is to “connect the dots of conflicting statements and show the information in dispute so people can judge for themselves.”

However, for three years — throughout 2017, 2018, and 2019 — Democrat members of Congress stated as fact on Twitter that they had evidence that Trump colluded with Russia, which fueled the leftist narrative that the election was illegitimate.

Their claims were “in dispute” by other members of Congress, as well as members of the Trump administration and the president, but Twitter never flagged them as such, as it did with Trump’s recent tweets.

In fact, Mueller’s report — released three days before — said that since collusion was not a legal term, his team looked for any conspiracy or coordination with Russia and did not find any.

It said, “The investigation did not establish that members of the Trump Campaign conspired or coordinated with the Russian government in its election interference activities.”

However, there was no Twitter “fact check” for Schiff.

I went on Fox News Sunday because I want to make sure every American hears the facts:

While Mueller did not charge the president with criminal conspiracy, he did find evidence of collusion.

He found ample evidence of obstruction, but left it to Congress to pursue.

Similarly, almost a month after Mueller released his report, Rep. Ted Lieu (D-CA) tweeted there was “some collusion.” He previously tweeted that he used the word “collusion” as “shorthand for conspiracy” — which Mueller explicitly did not find.

Lieu was not “fact-checked,” although Mueller’s report disputed his tweet.

Rep. Eric Swalwell (D-CA) on January 17, 2019, claimed that a BuzzFeed report was “MORE evidence of collusion.” No “fact-check” from Twitter. His tweet was retweeted more than 3,000 times and liked more than 12,500 times.

He also claimed seven days earlier, “I saw collusion from the very beginning.”

"I saw collusion from the very beginning when they were so eager to work with the Russians."
The Trump campaign was connected to the Russians; each new piece of information confirms that. We will uncover what happened and we must stop it in 2020. #Manafort #DonaldTrumpJr pic.twitter.com/HYiJUgLFZb

In 2018, Schiff claimed that there was “evidence of collusion between the Trump campaign and Russia” in “plain sight.”

Throughout the investigation, Committee Republicans chose not to seriously investigate — or even see, when in plain sight — evidence of collusion between the Trump campaign and Russia. pic.twitter.com/1aa1tmX9Zb

Swalwell claimed that the House Intelligence Committee had “unearthed evidence of collusion.” His tweet has not been “fact-checked” even though the committee recently released more than 50 interview transcripts with former Obama and Trump campaign officials who presented no evidence of collusion.

On February 28, 2018, Lieu stated, “Issue is not whether there was collusion. Issue is how high up the campaign did the collusion go.”

Lieu on January 10, 2018, tweeted, “The evidence shows not just collusion, but also Obstruction of Justice” by Trump “on multiple occasions.”