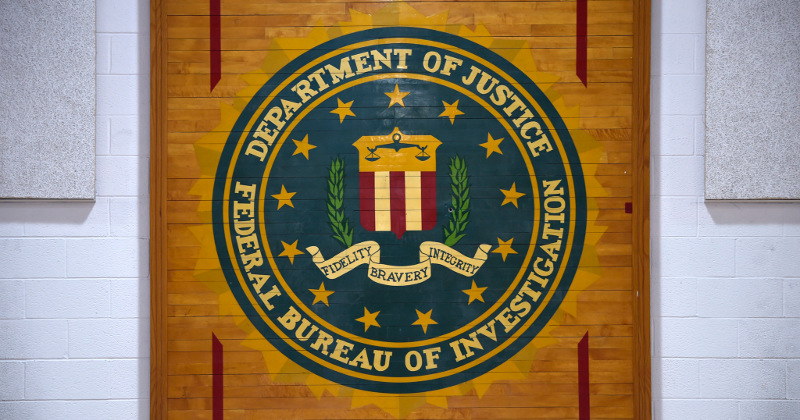 Federal and local law enforcement agencies have disrupted a “multiple target” domestic terror plot by a U.S. military veteran who converted to Islam.

The man was caught in an online sting operation and arrested by the FBI before he had a chance to carry out the attack in Southern California.

“It’s unclear how far the plot got, but sources said the man had specific targets, including one in Long Beach,” reports the LA Times.

The man also “tried to connect with other like-minded folks online,” one source said.

Officials are set to give a press conference at 1pm today to discuss the plot.

Authorities say it is not known whether the man’s conversion to Islam was “related to the plot”.

MSM only highlights stories that fit their anti-American narrative

19 year old San Diego, California Nursing student John T. Earnest, wearing a tactical vest shot up the Poway Synagogue near San Diego killing one and injuring multiple worshipers including the Rabbi and children. It was an off-duty Border Patrol agent, viewed by the left as nothing short of a Nazi that returned fire and stopped the carnage.

Immediately the left blamed Trump on Twitter. One tweet read “Another real donald trump supporter” and then wrote “Stand corrected. But trumps rhetoric makes more of these people to be allowed to do things like this….this country is rotting from the inside…and trump is the result of that!”

To these naysayers, it wouldn’t be those representing their own anti-Israel rhetoric like Democrats Ilhan Omar and Rashida Tlaib or anti-Semitic cartoons from the New York Times. The left can’t handle the blame, just like they can’t handle logic or sanity.

And just when you thought the handful of leftist media corporations controlling the narrative had done enough to deceive the public into looking the other way by wielding the frantic disinfo weapon of Islamophobia and the growing white nationalism fantasy. What should have every American actually concerned has been hidden from public view.

It may be too late until unsuspecting Americans completely realize that they have been systematically defined as a primary adversary by a malevolent propaganda behemoth. A media tyranny that regards white Christian Americans, which is actually just code for all Americans black, white, etc who simply disagree with the left as the enemy to everything the globalist construct is building.

Campaign accounts of two British candidates for the European Parliament, Tommy Robinson and Carl Benjamin, have been deleted by Twitter, prompting outcries of election meddling with less than a month before the vote.

Robinson and Benjamin – better known under his YouTube handle ‘Sargon of Akkad’ – are running in the May 23 election, which the UK will have to participate in due to the ongoing Brexit delays. Benjamin is a member of the UK Independence Party (UKIP), while Robinson announced his independent candidacy on Thursday.

Both of them have had personal accounts purged from Twitter a while ago, but the accounts terminated on Friday were run by their campaign staff, and not them personally.

“We are investigating why, but strongly suspect this is a deliberate act of political censorship to deny a candidate his voice in a crucial election,” Benjamin’s campaign staffer Michael De La Broc said, adding the campaign will complain to the election authorities and maybe even seek restitution in court for “political interference by a foreign entity in our elections.”

UKIP has also declared the ban “election interference” and vowed to “get to the bottom” of the issue.

Benjamin has come under attack by the media and establishment politicians, who have accused him of “racist” speech. The YouTuber maintains he fights for free speech and against political correctness.

Mainstream media have described Robinson as a “far-right activist” and accused him of “Islamophobia.” He was banned from Facebook and Instagram in February over alleged “hate speech.”

I'm sure the British Army will be delighted to learn that Yaxley-Lennon is using a clip of him meeting several Army Cadets in his campaign video. pic.twitter.com/0VDvA1B93j

The purge of MEP candidates comes just three days after Twitter CEO Jack Dorsey went to the White House and met with US President Donald Trump to address complaints about “shadowbanning” and suspensions disproportionately targeting conservative voices on the social media platform.

While Twitter and other social media platforms have defended censorship on grounds that they are companies and not the government, last year a federal judge in the US ruled that Twitter is a “designated public forum,” and that Trump is not allowed to block people from his personal account on grounds of political speech.

A 27-year-old Moroccan migrant confessed to the murder of 33-year-old Italian Stefano Leo, saying that he killed Leo because “he looked happy”.

Said Mechaout slit Leo’s throat during a brutal attack on 23 February of this year in Turin.

He later told authorities that Leo’s pleasant demeanor had been the only trigger needed for the murder.

“I am the murderer of Stefano Leo. I have to turn myself in,” said Mechaout. “I feel hunted by the Carabinieri. I don’t want to commit other crimes. Among all the people who were passing, I chose to kill this young man because he looked happy. And I chose to kill his happiness.”

Leo (pictured above) probably “looked happy” because he had recently returned from spending two years with a Hare Krishna community in Australia and described himself as a “pacifist”.

The killer said he decided to kill someone that morning and emphasized that he specifically targeted Leo because of his smiling face.

“I decided I would have to kill someone,” said Mechaout. “I went to buy a set of knives, then threw away all but the sharpest. Then I went to Murazzi and waited. When I saw that guy I decided I couldn’t bear his happy look.”

“I saw him, he looked at me and I thought that he should suffer like me. I cut his throat with my knife,” he added.

Quite how Mechaout was ‘suffering’ is unknown. Perhaps he took Leo’s smiling face as a racist microaggression.

Around 8% of all illegal immigrants living in Italy are Moroccan. More Moroccans have arrived in Europe since the “refugee” wave accelerated four years ago.

Last year, two female Scandinavian hikers were raped and beheaded by ISIS followers in Morocco. One of the girls had previously posted a video on her Facebook page protesting against “Islamophobia”.

A 70-year-old woman in Sweden was interrogated by police and later convicted for an anti-Muslim Facebook post in which she expressed fear that Islam was taking over the country.

“Is this not Sweden or have we turned over the country to some Muslim damned vermin?,” the woman wrote.

The post was flagged by taxpayer funded hate speech watchdog group Näthats-inspector and the woman was subsequently interrogated by police in Hudiksvall.

She admitted that she could have framed the post better but asserted that she was merely upset after reading material about the mistreatment of women in Islamic countries.

“I am against the fact that they are bad to women. We have so many Muslims coming. I must have meant that they are battering women. I’m afraid of that,” she told police, adding that she had been “provoked” by news headlines about the issue.

The woman as later convicted and ordered to pay 40 daily fines of 120 kronor.

The judge in the case said that the Facebook post was more of an assertion than a question and therefore violated Sweden’s hate speech laws.

Similar laws that would officially make “Islamophobia” a racist hate crime are now being discussed in the United Kingdom.

Earlier this year, a 65-year-old woman in Sweden who was previously the victim of a brutal beating by migrants was sentenced to prison for posting that “the IQ level in Sweden will fall as a result of immigration.”

In another case, a 32-year-old woman from Gothernburg was interrogated by police, had her DNA taken and was subsequently imprisoned for the “crime” of sharing a joke meme about Islam on Facebook.

Last year, a 70-year-old Swedish woman was prosecuted for hate speech for saying she saw migrants setting fire to cars, something that happens all the time in Sweden.