One-third of Americans say the news media is “the enemy of the people,” according to a new Hill-Harris X poll survey.

The poll, released Monday, found that the sentiment is strongest among Republican voters. According to the survey, 51 percent of Republicans polled said they thought of the press as “the enemy of the people” compared with 14 percent of Democrats and 35 percent of independents who said the same.

A majority of all respondents overall signaled support for the press, with 67 percent saying that the “news media is an important part of a democracy.”

Truly hilarious wording for that last line. Most people “support” the press because they think that the “news media is an important part of a democracy.”

I believe the news media is an important part of democracy but am aware as a matter of record that the controlled media is literally the enemy of the people. They view themselves as our enemy and act as an occupying force working to subdue any plebs who dare to fall out of line.

Recognizing the reality of the situation doesn’t mean you’re against “the press” in its entirety, it means you’re informed.

Among those surveyed, respondents were most closely divided on the issue in rural areas. Forty-six percent of rural Americans said they believed the news media to be the “enemy of the people,” compared with 54 percent of those who said the news media is a crucial part of democracy.

Our media is now mostly dedicated to lobbying for alternative media to be deplatformed, doxing dissidents and ruining random people’s lives for crimes against liberal orthodoxy.

They’re at the point now where they’re demanding everyone who make fun of Democrats be doxed, fired from their jobs and even criminally prosecuted.

Democrat Rep. Frederica Wilson (FL) says that people who are “making fun of members of Congress” online “should be prosecuted” pic.twitter.com/f69KwOeJ0n

If anyone doesn’t realize this is a hostile enemy force then they’re not paying attention. 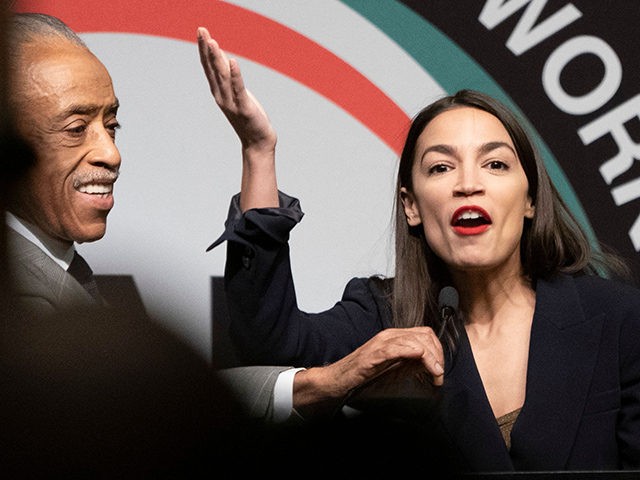 Rep. Alexandria Ocasio-Cortez (D-NY) has effectively compared President Barack Obama to Adolf Hitler, and his administration to the Third Reich.

That’s the logical consequence of her claim that detention facilities at the southern border are “concentration camps” — because the same facilities existed under Obama.

Breitbart News first broke the news in 2014 that large numbers of children were being “warehoused by authorities” after crossing the border illegally.

Few Democrats showed any concern, or criticized the Obama administration for its policies — even when photos emerged of children being detained in facilities where they had been separated from adults by chain-link fences.

Ocasio-Cortez and other Democrats continue to hurl accusations of “kids in cages” at the Trump administration, but few said anything five years ago — even after the mainstream media documented the Obama administration’s policies.

Now, Ocasio-Cortez has decided that such facilities — which cannot accommodate the surge of migrants, partly because Democrats refuse to fund the Trump administration’s border security efforts adequately — are “concentration camps.” She has even used the phrase “never again,” popularly associated with the Nazi Holocaust against Jews.

And when faced with criticism, from Yad Vashem or even friendly CNN and MSNBC, she has refused to apologize.

But since Ocasio-Cortez is digging in, rejecting any criticism of her false and offensive comparison, it is perhaps fair to let her analogy run its course. She is accusing the first black president, and still the most important figure in the Democratic Party, of running “concentration camps.”

The Lyndon LaRouche fans who crashed Tea Party rallies with posters of Obama wearing a Hitler mustache were considered a lunatic fringe; AOC is apparently eager to join them. 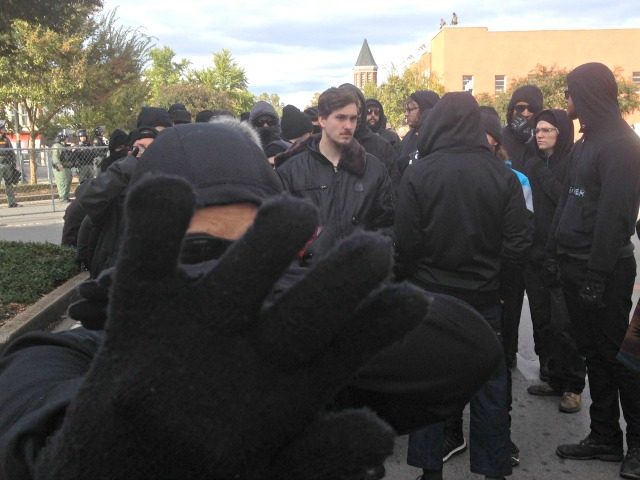 Former CIA Director John Brennan warned Republicans who support President Trump that they are on a sinking ship, in an appearance Wednesday morning on MSNBC’s “Morning Joe.”

“I’m waiting for the Republicans to realize that the Trump ship is a sinking one,” he said.

“There are still rats on that ship, and there are individuals who are not going to separate themselves from Trump. They do so at their own peril. They need to fulfill their obligations, irrespective of their political affiliations. This is now the presidency and institutions of government we rely on to keep us safe and secure.”

JOHN BRENNAN: It continues to show Mr. Trump’s disdain for the intelligence and law enforcement communities, who are trying to do their jobs irrespective of political winds that might be blowing in Washington. It really is demoralizing for Mr. Trump to continue to say there is this “deep state” that tried to launch a coup, and that he is trying to “clean the swamp,” while in fact, it is those professionals within the intelligence community, law enforcement community, who are trying to carry out their duties and responsibilities to the American people. Mr. Trump just continues to go down this road. I think it is having a very damaging impact.

WILLIE GEIST: What do you think, Director Brennan, happens from here? I think people watching want to know. They say, okay, Mueller didn’t like how the report was characterized by the attorney general. Fine, on the issue of obstruction of justice. Now, what? Is it Mueller sitting before the Senate and answering specific questions about what is inside the report? What is the outcome of this?

JOHN BRENNAN: Barr has to be interrogated.

WILLIE GEIST: That starts this morning at 10:00.

JOHN BRENNAN: And then Bob Mueller has to get in front of Congress, then Congress has to do its job.

And I’m still waiting for the Republicans to realize that the Trump ship is a sinking one. There are still rats on that ship, and there are individuals who are not going to separate themselves from Trump. But they do so at their own peril. And they need to fulfill their obligations, irrespective of their political affiliations. And to do it now rather than to allow this continued sinking of not just the presidency, but of these institutions of government that we rely on to keep us safe and secure.