Across the world the number of coronavirus cases has now topped one hundred thousand. The figure in the UK stands at one hundred and sixty three – the highest twenty four hour increase – and a second person has died.

It is time to stop the flights. And all cruisers

Imagine a world where Dr. John was the Health Minister/Head of NHS….. I think I’d sleep much easier.

By Yuan Ruiyang and Isabelle Li

China’s claims of how it’s handling coronavirus recovery should be taken with more than a few grains of salt.

Even before COVID-19 became a global crisis, Chinese leaders had been criticized for their handling of the situation and lack of transparency about the disease’s progression. Things now look like they’re on the upswing, and businesses even appear to be headed back to work — but whistleblowers and local officials tell Caixan that’s just a carefully crafted ruse.

Beijing has spent much of the outbreak pushing districts to carry on business as usual, with some local governments subsidizing electricity costs and even installing mandatory productivity quotas. Zhejiang, an province east of the epicenter city of Wuhan, claimed as of Feb. 24 it had restored 98.6 percent of its pre-coronavirus work capacity.

But civil servants tell Caixan that businesses are actually faking these numbers. Beijing had started checking Zhejiang businesses’ electricity consumption levels, so district officials ordered the companies to start leaving their lights and machinery on all day to drive the numbers up, one civil servant said. Businesses have reportedly falsified staff attendance logs as well — they “would rather waste a small amount of money on power than irritate local officials,” Caixan writes.

In Wuhan, officials have tried to make it appear that recovery efforts are going smoothly. But when “central leaders” personally survey disinfecting regimens and food delivery, local officials “make a special effort” for them and them alone, one resident told Caixan. And in a video circulating on social media, residents can be seen shouting at visiting leaders from the apartments where they’re being quarantined — “Fake, it’s all fake.” Read more at Caixan. Kathryn Krawczyk 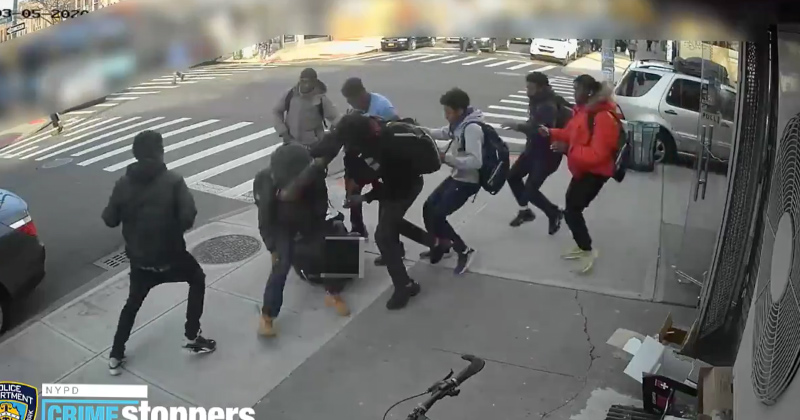 Girl, who had shoes stolen while unconscious, reportedly recovering in hospital

Surveillance footage in New York City captured the moment a group of teens ganged up on and attacked a 15-year-old girl, stealing her shoes in the process.

The video taken from local shops was circulated on social media by the NYPD, who are asking for help identifying the attackers.

OUTRAGE:this is sickening video of a 15 year old girl viciously attacked by a group of school children. One young man takes the sneakers right off the unconscious victim’s feet. The teenager is in the hospital recovering. We CAN NOT allow this behavior in our community. #Speakup pic.twitter.com/VLLb91fDOM

“The girl was taken to a hospital in stable condition following the disturbing attack on Utica Avenue in Crown Heights Thursday,” reports NBC New York.

An NYPD commanding officer shared the footage on Twitter, calling it an “OUTRAGE.”

“This is sickening video of a 15 year old girl viciously attacked by a group of school children,” he wrote. “One young man takes the sneakers right off the unconscious victim’s feet. The teenager is in the hospital recovering. We CAN NOT allow this behavior in our community.”

Anyone with information on the brazen daytime beating is encouraged to call Crime Stoppers at 1-800-577-TIPS.

We had to screen every passenger in airports and ships when the first cases was reported . Now is a bit too late.

Continued to work at restaurant and deliver Chinese food.

The man believed to be coronavirus patient zero in Italy is a Pakistani migrant refused to self-isolate after testing positive for the virus and continued to deliver food.

Health authorities asked the man to quarantine himself at his home in the Pavia area for two weeks, but he ignored the request and continued to work at a Chinese restaurant.

He then compounded the risk of spreading the virus by making home deliveries of Chinese food.

Authorities were alerted to the situation and the military intervened to return the man to his home.

“The Carabinieri have been busy reconstructing all the movements of the young man, in order to identify as many people as possible with whom he came into contact. In the meantime, the military has closed the Chinese restaurant,” reports Free West Media.

The migrant now faces up to 3 months in jail for failing to self-isolate under article 650 of the Italian penal code.

Italy has recorded a total of more than 3,000 cases of the coronavirus and 148 people have died. The country was the primary source of the virus spreading to numerous other European countries. 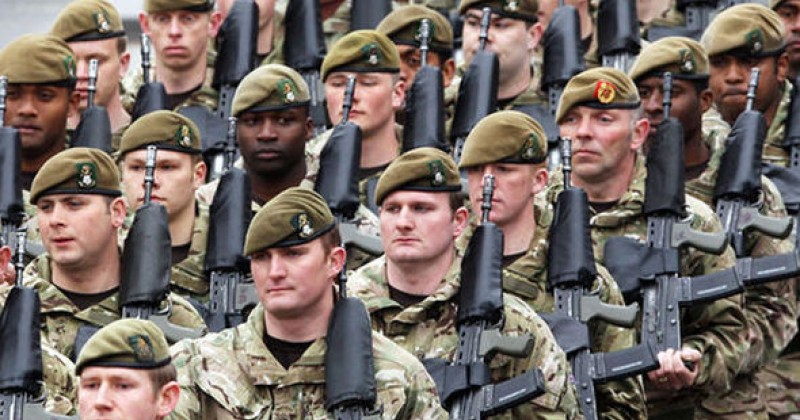 Grocery stores may have to take drastic measures.

Former Tesco supply chain director Bruno Monteyne warns that a large scale outbreak of coronavirus in the UK could lead to “food riots,” requiring the army to be used to guard supermarkets.

Monteyne said that supermarkets would have to resort to drastic measures and revert to “feed the nation status” under a worse case scenario.

He also cautioned that grocery stores would have trouble stocking shelves and delivering goods if their employees decided to self-isolate.

“Yes, it will be chaotic (and expect pictures of empty shelves),” wrote Mr Monteyne, “but the industry will reduce complexity to keep the country fed.”

He said that the army may need to be drafted in to guard stores and prevent disorder.

UK Health Secretary Matt Hancock said he was “confident” food supplies would not run out and that there was “absolutely no need” to panic-buy.

Hancock also claimed that supermarkets could deliver food to coronavirus patients who had self-isolated, although this claim was immediately put in doubt by one supermarket executive, who said he was “baffled” by the suggestion.

“Matt Hancock has totally made up what he said about working with supermarkets. We haven’t heard anything from government directly,” the executive said, adding, “I’m not sure the government can guarantee all food supply in all instances.”

A source at another supermarket told the BBC that there had been no detailed planning involving government departments about “ensuring uninterrupted food supplies.”

Panic buying continued across the UK today, with supermarket shelves of goods like hand sanitizer, toilet paper and medicine.

The number of coronavirus cases in the UK has now reached 163, with two deaths.

Germany hasn’t called off the football play on Saturday. The politicians are crazy to value the business more than human life. Even the American government is reacting much better than German government.