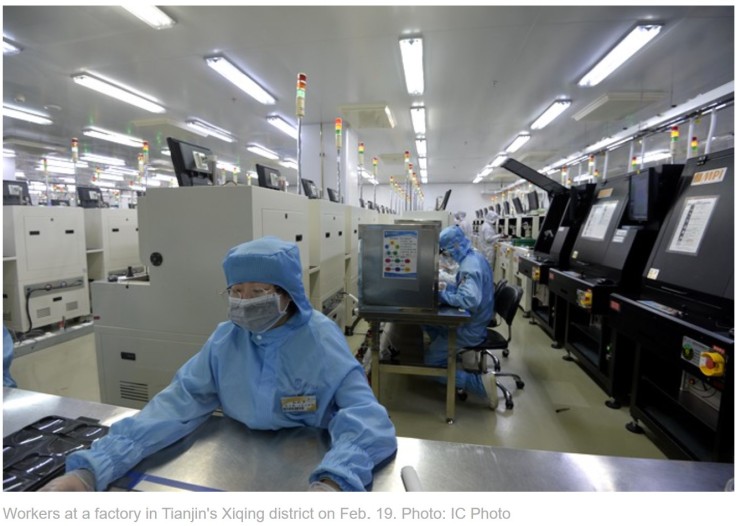 By Yuan Ruiyang and Isabelle Li

China’s claims of how it’s handling coronavirus recovery should be taken with more than a few grains of salt.

Even before COVID-19 became a global crisis, Chinese leaders had been criticized for their handling of the situation and lack of transparency about the disease’s progression. Things now look like they’re on the upswing, and businesses even appear to be headed back to work — but whistleblowers and local officials tell Caixan that’s just a carefully crafted ruse.

Beijing has spent much of the outbreak pushing districts to carry on business as usual, with some local governments subsidizing electricity costs and even installing mandatory productivity quotas. Zhejiang, an province east of the epicenter city of Wuhan, claimed as of Feb. 24 it had restored 98.6 percent of its pre-coronavirus work capacity.

But civil servants tell Caixan that businesses are actually faking these numbers. Beijing had started checking Zhejiang businesses’ electricity consumption levels, so district officials ordered the companies to start leaving their lights and machinery on all day to drive the numbers up, one civil servant said. Businesses have reportedly falsified staff attendance logs as well — they “would rather waste a small amount of money on power than irritate local officials,” Caixan writes.

In Wuhan, officials have tried to make it appear that recovery efforts are going smoothly. But when “central leaders” personally survey disinfecting regimens and food delivery, local officials “make a special effort” for them and them alone, one resident told Caixan. And in a video circulating on social media, residents can be seen shouting at visiting leaders from the apartments where they’re being quarantined — “Fake, it’s all fake.” Read more at Caixan. Kathryn Krawczyk