Well, this is awkward

Bernie Sanders was mercilessly mocked after he was forced to cut the hours of staffers who demanded the $15 dollars an hour the socialist Senator is campaigning for.

Sanders’ campaign staffers are putting in 60 hours a week, which makes their pay equivalent to $13 dollars an hour.

However, the unionized staffers asked campaign manager Faiz Shakir to boost their pay to $15 dollars an hour to match the pay level Sanders has advocated for.

This forced Sanders to reduce the number of hours staffers work to 42 or 43 each week.

The socialist Senator was mocked for proving his own minimum wage utopia doesn’t work in reality.

“For the first time in his life, socialist Bernie Sanders practices economics and buddy the results are hilarious,” joked Stephen Miller.

“So does this fall under the category of hypocrisy, irony, or poetic justice? All three? Can’t make this stuff up,” tweeted Texas Republican Rep. Dan Crenshaw.

“The rules of economics exist, even within the campaign of a socialist!” remarked Kimberley Guilfoyle. 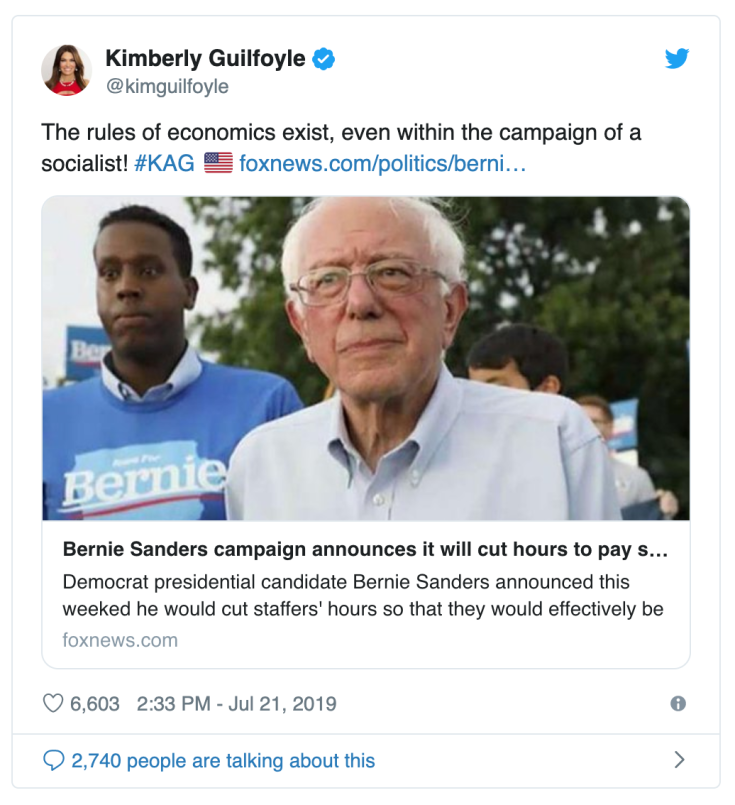 Despite Sanders admitting that a welfare state simply doesn’t work with open borders, he still appears to believe in the sacred progressive cow of the $15 minimum wage.

Maybe this embarrassment will force him to take another look.