Appearing on Good Morning America with his wife Chirlane McCray on Thursday morning, NYC Mayor Bill de Blasio was repeatedly called a “liar” by a large group of protesters gathered outside the ABC studio.

No one likes this guy

Conservative commentator Candace Owens reported Black Lives Matter was set to protest the television appearance, adding, “How bad of a mayor must you be to have united the NYPD and Black Lives Matter against your candidacy? Your city hates you, Bill.” 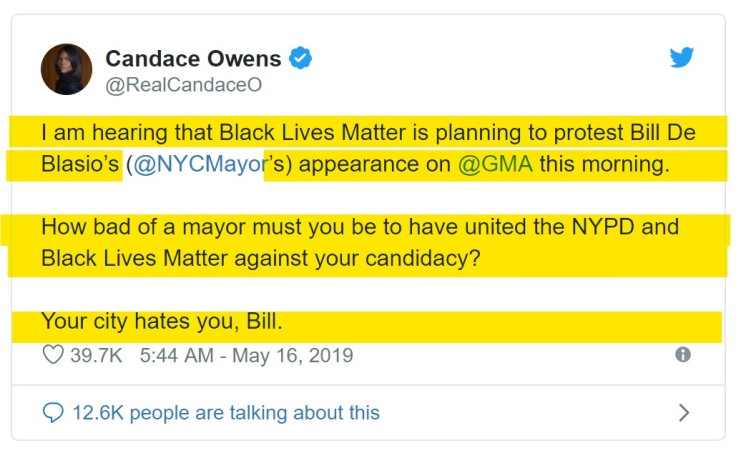