If there was a dunce’s cap awarded to the most gullible – or worse, complicit – news outfit in the whole ‘Russiagate’ affair, it would surely go to CNN.

The small consolation is that its ratings have plummeted in direct proportion to its fake news agenda. Unless trapped in a hotel room in Ulan Bator and having already read the Gideon’s Bible, nobody in their right mind goes looking for CNN.

However, other media do, of course, amplify their prevailing narrative. This is that the Democratic Party didn’t lose because they chose the only person in America who could possibly lose to Donald Trump, but because a bearded man with snow on his boots smelling of vodka and speaking with a thick Russian accent fooled everyone into voting for the GOP. And where no such man can be identified, then a Western cipher can be demonized as his proxy.

So unhinged has CNN – the last hold-out of the Russiagaters – become that they have now piled new levels of ordure on the political prisoner Julian Assange in a much touted “Special,” heaping speculation upon speculation on what they hope is the coffin of a man they once lionized.

Because, dear readers, in a now-forgotten coincidence, it was CNN that in a way brought Julian Assange into the public limelight. They interviewed him a number of times, including once in 2010, when they sent their team to showcase the then-pale-blonde ascetic wonderkid of the whistleblowing business. That was way before RT had aired Assange’s show ‘The World Tomorrow’ – because that suited CNN’s agenda then, in the way that burying him does now.

Full disclosure: Julian Assange is a friend of mine and so opportunists seeking his crucifixion to serve an anti-Trump agenda cut no ice with me. Furthermore, I work for RT, and know personally the fine broadcasting professionals traduced in a disgraceful way by the CNN “Special.”

Julian Assange was hiding in plain sight by having his own show on RT. That’s how espionage works nowadays in the fevered minds of CNN. And he appeared on news shows throughout the world – any one of which could have “passed him a USB drive” when they went into the Ecuador Embassy to film him. He even appeared on my show on TalkRadio, whose proprietor could of course be a (deep) undercover Russian agent.

The fatal flaw in all of this, of course, is that the DNC computers were never hacked in the first place, not by a “master-hacker” or even a schoolboy in his bedroom. That’s why their servers were never examined by the FBI, Mueller or anybody else wearing any kind of official badge. 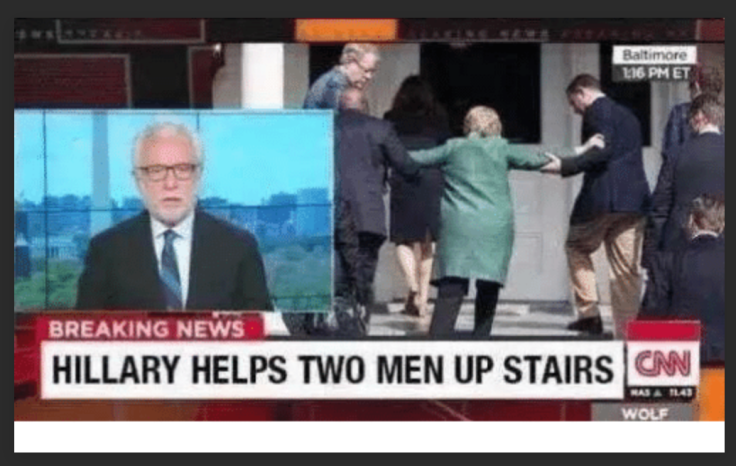 The scandalous behavior – including CNN’s own (now Fox) contributor Donna Brazile – through which the Democratic Party rigged their own Primary process to defeat Bernie Sanders and procure the coronation of the aforementioned Mrs Clinton was not hacked but leaked. Not by Russians but by Americans. Not by RT but by Democratic Party insiders, disgusted as they should have been at the shameless Tammany Hall shenanigans going on in their party.

The real target of fading, failing, flailing CNN was not Julian Assange but Donald Trump. His administration is currently trying to incarcerate Assange in the gulags of the US injustice system for the crime of publishing the truth. That’s the real scandal.