With the Mueller investigation wrapped up and interest in Russia’s alleged misdeeds against the US threatening to wane among the masses, mainstream media has decided to widen the net and refocus Russia’s “other” evil schemes.

The story, ostensibly, is about Russia’s construction of an “empire of rogue states” around the world – but in reality the circular screed is actually just bold propaganda for US foreign policy and regime change wars. 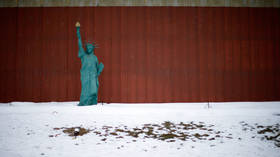 The real costs of Russiagate (by Stephen Cohen)

The Kremlin, we are told, has been “scouring the world in search of influence” in an attempt to fill “the void left by an inward-looking West.”This is the point at which alarm bells start ringing for those with even a cursory grasp of US and Western foreign policy, who will be asking themselves, since when has the US – with its constant destructive and unwanted interference in the affairs of other nations – ever been “inward-looking”?

When, soon after, Shuster quotes former NATO Secretary-General Anders Fogh Rasmussen framing international relations as a fight between the noble West and the Russian “bad guys,” we move beyond parody.

On and on the story goes, detailing the activities of Russian mercenaries in Sudan (pro-tip: military mercenaries are only bad if they are Russian) and lamenting the Trump administration’s “new Africa strategy” which cuts aid to African nations that are “tempted into deals with Russia or China.” The great fear is that Russia is offering its allies in Africa “soft-power assistance with state building” that is “typically provided by NGOs and development agencies.”

Former USAID contractor Paul Stronski warns Shuster that the Russians are “learning from us” (the Americans, that is) – but the “key difference” is that, unlike those offered by the well-intentioned US government, the reforms Russia offers to its allies are “mostly cosmetic” and “don’t really address the corruption in the system.” If you didn’t laugh while reading that, you probably don’t know much about US foreign policy.

The claim of “cosmetic” reforms on offer by Russia did spark a memory, though. Readers might recall a 2015 BuzzFeed investigation which revealed that, despite touting education reform as one of its major successes in war-torn Afghanistan, $1 billion allocated to build and staff schools actually enriched warlords and corrupt officials. The schools? Well, many of them were left empty and unused – but it wasn’t a “cosmetic” reform; surely it was just an unfortunate oversight. 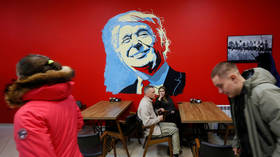 Historian Paul Robinson has detailed the “staggering scale” of “waste and incompetence” that has characterized US aid and reform efforts in Afghanistan in particular (highlights include spending half a billion dollars on planes for the Afghan air force which were too dangerous to fly – and $150 million constructing luxury villas for staff at its economic development office).

John Sopko, the man responsible for auditing the billions of dollars the US spends on aid and reform in Afghanistan, worried in 2015 that the US “can’t honestly point to some actual, measurable accomplishments”from its trillion dollar efforts – but okay, let’s pretend it’s Russia that’s the biggest offender when it comes to cosmetic reforms in developing nations.

Next up, we learn that Russia wasn’t always this disobedient. It “did not always advocate” for an end to the “order” defined by the West. In fact, quoting Vladimir Yakunin, “an old friend and colleague” of Putin’s from their KGB days, Shuster tells us that Russia tried hard to fit in with the “globalized world” after the fall of the Soviet Union in 1991. Russia “was naive” however, “to assume that the family of civilized nations would really integrate us.”

Integration was not to be. Russians were to conveniently remain forever in the Western mind as a horde of uncivilized barbarians, so that journalists could keep getting paid to write scare stories and the Pentagon could continue filling its coffers with obscene amounts of cash using the hyped-up Russia “threat” as the perfect excuse.

In its quest for global domination, the Kremlin has focused on wooing “elites” and “warlords” around the world, Shuster claims, with a stunning lack of self-awareness, given US proclivities for supporting questionable regimes run by tyrants to serve its geopolitical interests; US support for the brutal Saudi regime being one of the most infamous in the present day. 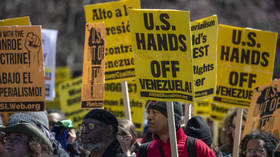 The value Russia prizes above all others, we learn, is sovereignty, and the principle that “each regime has the right to rule its territory without fear of foreign interference.” Casting the very concept of national sovereignty as some dirty Russian idea is just another way of telling the reader: US wars for regime change, no matter how disastrous and bloody, are good and for good causes.

To see Russia’s evil in action, we are told to look to how it uses its veto power at the UN to help its friends and allies –  another laughable and utterly hollow argument, when you consider how the US repeatedly uses its own UN veto power to shield Israel from responsibility for its treatment of Palestinians and civilian casualties in Gaza and the West Bank.

Ultimately, Shuster claims Russia has created “a ragtag empire of pariah autocracies and half-failed states” – but for those of us who inhabit the real world, when it comes to propping up dictators and creating failed or half-failed states (Iraq, Libya, Syria), there is no country more wildly successful than the US.

Unfortunately, however, Shuster appears to have come down with an acute case of projectionitis. While he thinks his argument is ‘how dare Russia lend its support to dubious players around the world?’ — it is actually ‘how dare Russia do anything we do – and think they can get away with it?’

Shuster even has the audacity to quote Elliott Abrams, the Trump administration’s current special envoy to Venezuela – the latest country to find itself in the US’s regime change crosshairs. Russia, he says, is “completely unconcerned by the degree of repression” in Venezuela.

Abrams, let us not forget, is the man who was convicted of lying to the US Congress, having used fake humanitarian aid shipments to smuggle weapons to the infamously brutal, US-backed Contras in Nicaragua in the 1980s – but sure, let’s treat him like a respectable source and authority when it comes to moralizing about human rights and democracy.

If Washington was setting an example of admirable behavior around the world; supporting human rights and democracy, refraining from violating the territory and sovereignty of other nations and using diplomacy as its primary weapon, perhaps then we could take Shuster’s piece seriously and trust that Russia’s various real or alleged infractions around the world are the true source of Washington’s irritation with Moscow.

Sergey Radchenko, a Professor of International Relations at Cardiff University put it best when he criticized the “seriously over-the-top” and “alarmist” article on Twitter, taking issue with the framing of Russia’s foreign policy as akin to “empire”building.

“…If providing support to autocratic governments amounts to having an “empire,” then the biggest empire the world has ever seen is the United States,” he wrote.