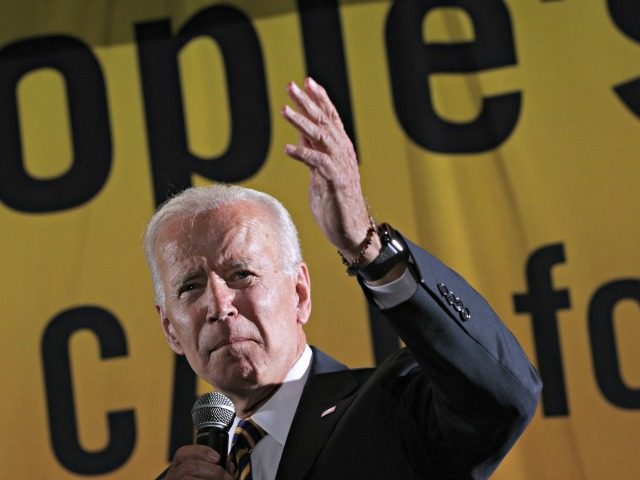 “Let’s be clear: President Trump inherited a growing economy from the Obama-Biden administration,” Joe Biden wrote on Twitter. “And now, he’s in the process of squandering it.”

During the rally, Trump boasted of the economic boom under his presidency.

“Our economy is the envy of the world and perhaps the greatest economy we’ve had in the history of our country,” he wrote, touting the success of his deregulatory agenda and tax cuts. “The American dream is back, it’s bigger, better, stronger than ever before.”

Trump noted that 16,000 manufacturing jobs a month were coming back to the United States.

He ridiculed Obama for telling voters that Trump would need a “magic wand” to bring back manufacturing jobs to the United States.

“Well, we will tell Sleepy Joe that we found the magic wand,” Trump said as the crowd cheered.