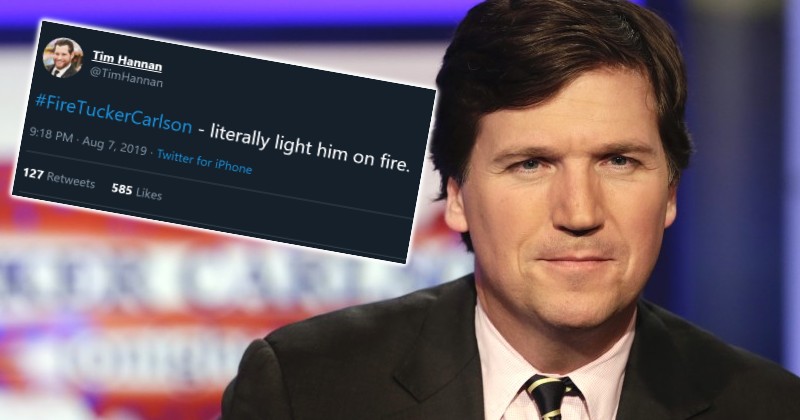 “Maybe a milkshake filled with piss.”

A leftist activist called for setting Tucker Carlson on fire before subsequently claiming it was a”joke” after he received a backlash.

Tim Hannan, who describes himself as an anti-Trump resistance member and an “average citizen turned activist,” tweeted to his 26,000 followers, “#FireTuckerCarlson – literally light him on fire.”

The tweet was in response to liberal outrage over Carlson’s assertion that paranoia over “white supremacy” was becoming hysterical and that there are numerous other far bigger problems America faces.

As soon as the tweet began catching flak, Hannan tried to backpedal, tweeting, “For the record I hope no one hurts Tucker, this was a joke. Maybe a milkshake filled with piss, though.”

He then appeared to react angrily to the backlash, tweeting, “The people upset over my joke defend the most vile shit daily. Fuck you all.”