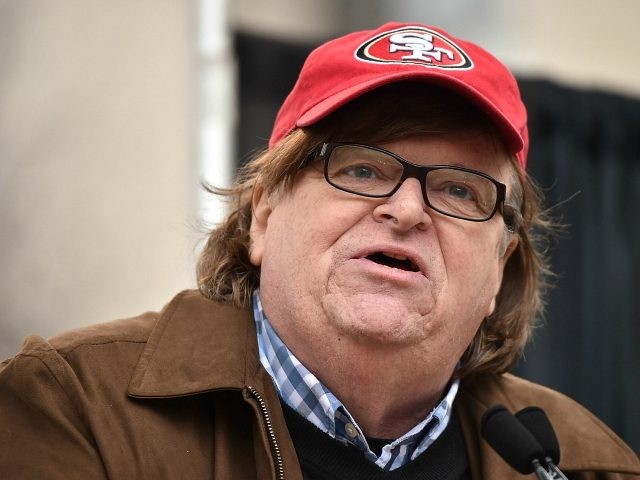 Far-left documentary filmmaker Michael Moore informed his 6 million Twitter followers Wednesday that he watched President Trump’s reelection speech and asked fellow resisters if they are ready to take on Trump’s “fired-up insane base.”

The Fahrenheit 11/9 filmmaker told his followers that he watched Trump’s reelection speech in its entirety in order to get a good look at the “enormity of the fight ahead.” Michael Moore was seemingly incensed by President Trump’s massive crowd of supporters.

“He hasn’t lost one inch of his fired-up insane base,” Moore said.

I watched the whole thing last night. I know no one wants to waste that kind of time even looking at him, but not wanting to see the enormity of the fight ahead doesn’t make it go away. He hasn’t lost one inch of his fired-up insane base. Are u ready?
pic.twitter.com/nzDvdaQs79

Moore’s devotion to “plugging in” and paying attention seems to be a recent development. Contrast his newfound position with the warning he issued prior to President Trump’s State of the Union Address in January.

At the time, Moore urged networks to refrain from playing the president’s address.

“You MUST NOT give free air time 2 a known liar,” he warned in a January 8 tweet. “This is a man you have told us lies to us an average of 10 lies a day.”

“If you do go ahead and give Trump this free, prime time airtime tonight, then I implore you to run on the screen a real-time LIVE fact-check for every sentence he utters,” he continued. “You owe this to your viewers.”

The Oscar-winner also warned that Trump’s State of the Union address was “all part of the plan” to start a coup.

In February, Moore urged Democrats to refrain from taking moderate positions and declared “middle ground” as good as gone.

“If you’re being moderate, stop being moderate. Take a position,” Moore said during an appearance on MSNBC. “There’s no middle ground anymore. There’s no halfway point to should somebody be paid a living wage.”

“You know, on the issue of choice, there is no halfway there. You’re either for it or you’re against it,” he continued. “Do you believe in equal rights for women? Do you believe we should have an Equal Rights Amendment? There’s no middle ground. There’s no time for moderation.”