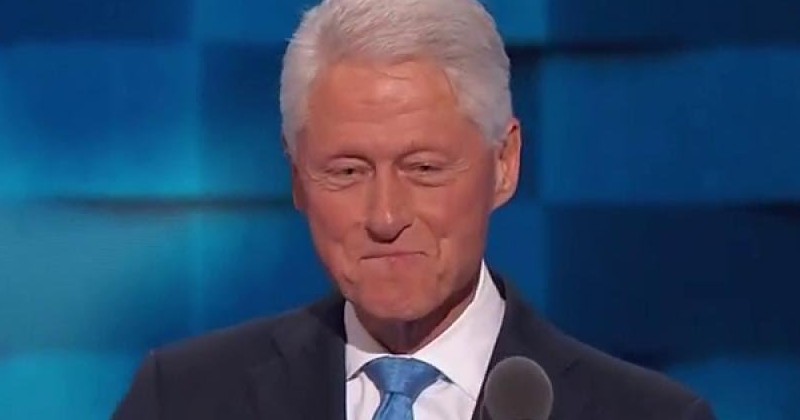 An investigative journalist and human trafficking expert says that Bill Clinton is lying when he claims he only flew on Jeffrey Epstein’s ‘Lolita Express’ four times.

Conchita Sarnoff spent over a decade looking into documents and interviewing officials and witnesses surrounding the Epstein case.

During an appearance on Fox News last night, she confounded former president Clinton’s attempt to distance himself from Epstein.

Clinton released a statement claiming he had not spoken to Epstein in over a decade and that he only took four trips on Epstein’s airplane.

Flight logs obtained by Fox News in 2016 show that Clinton flew on Epstein’s private jet at least 26 times, trips that included, “extended junkets around the world with Epstein and fellow passengers identified on manifests by their initials or first names.”

“I have read too much information and I have spoken to too many people on the inside,” said Sarnoff, adding that she attempted to interview Clinton but he refused.

“I know from the pilot logs, these were logs written by different pilots at different times, that Clinton went, he was a guest of Epstein’s 27 times,” Sarnoff said, adding that sometimes Clinton ditched his Secret Service detail for these flights.

“Almost every time that Clinton’s name is on the pilot logs there are underage girls, there are initials and there are names of many many girls on that private plane,” said the journalist.

“Why would anyone, not only a former president, fly on a plane 27 times that did not belong to him?” asked Sarnoff.

When Clinton’s statement was read out to her, Sarnoff asserted that Clinton “is not telling the truth,” highlighting how Epstein was one of the original funders of the Clinton Global Initiative and gave him $4 million dollars.

As we reported earlier, conservative commentator Ann Coulter asserts that Epstein was the front man for a “state sponsored” network that used the underage girls as a means of blackmailing powerful men.