Rep. Ilhan Omar told a tale of woe five years ago when she was a Minneapolis council member.

Appearing at Richfield High School, she claimed she once witnessed an example of pure injustice that spurred her in her quest for political power.

She told hundreds of students there that she remembered a “sweet, old… African-American lady” who ended up in jail for an entire weekend for stealing a $2 loaf of bread to feed her “starving 5-year-old granddaughter,” according to the Washington Post. 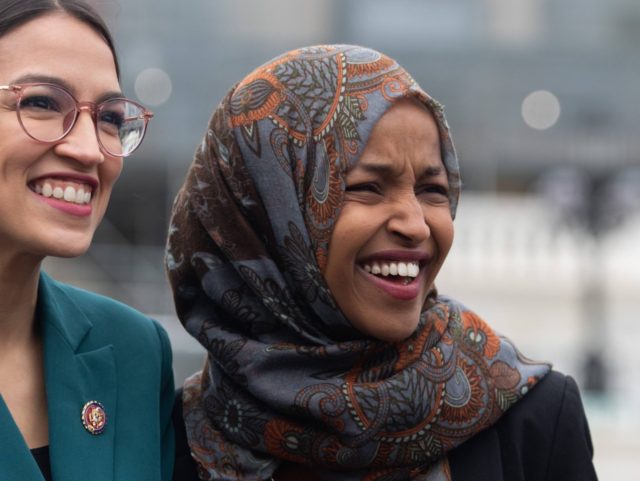 After spending the weekend in jail, the woman was led into the courtroom and fined $80 — a penalty she couldn’t pay. “I couldn’t control my emotions,” Omar continued, “because I couldn’t understand how a roomful of educated adults could do something so unjust.”

“Bulls—!” she recalled yelling in the courtroom.

Laughter rippled through the auditorium, then silence.

Then The Post dropped the hammer. “Omar’s story echoed the plot of ‘Les Miserables.’ If true, it is also probably embellished. City officials said that police aren’t allowed to arrest people for shoplifting unless there’s a likelihood of violence or further crime. Typically, shoplifters are sentenced to attend a three-hour class.”

The Post asked her about the incident — in an otherwise glowing piece on the newly elect member of Congress — and then wrote that she “may have flubbed some facts.”

In an interview, Omar said she may have flubbed some facts. “She might have had a prior [arrest],” Omar said. “I’m not sure. . . . The details might not have all matched, but that’s what I remember.”

The Post also pointed out another instance in which, as they said, Omar “flubbed some facts.” In a speech to a veterans group, the Minnesota Democrat claimed nearly half of all military families “rely on food stamps.”