Trump-hating fake news hack Ben Collins of NBC News was caught spreading deceptions earlier today on MSNBC about the ANTIFA-affiliated leftist who shot up a bar in Dayton, OH this weekend, as he attempted to cover for Sen. Elizabeth “Pocahontas” Warren (D-MA).

However, Human Events editor-in-chief Raheem Kassam pointed out that Collins himself was a favorite of the violent leftist assailant.

Mass shooter Connor Betts, who went by the handle “Flowers for Atomsk” on Twitter, re-tweeted the biased left-wing reporting of Collins several times.

Betts posted a tweet from Collins that attempted to stigmatize and demonizing skeptics about Big Pharma vaccines, perhaps showing how the authoritarian ideology of mandatory vaccination can be a springboard to violence.

Kassam posted other tweets from Betts which indicated that he may have been radicalized in the fake news ecosystem of hatred against President Trump and his patriotic supporters. 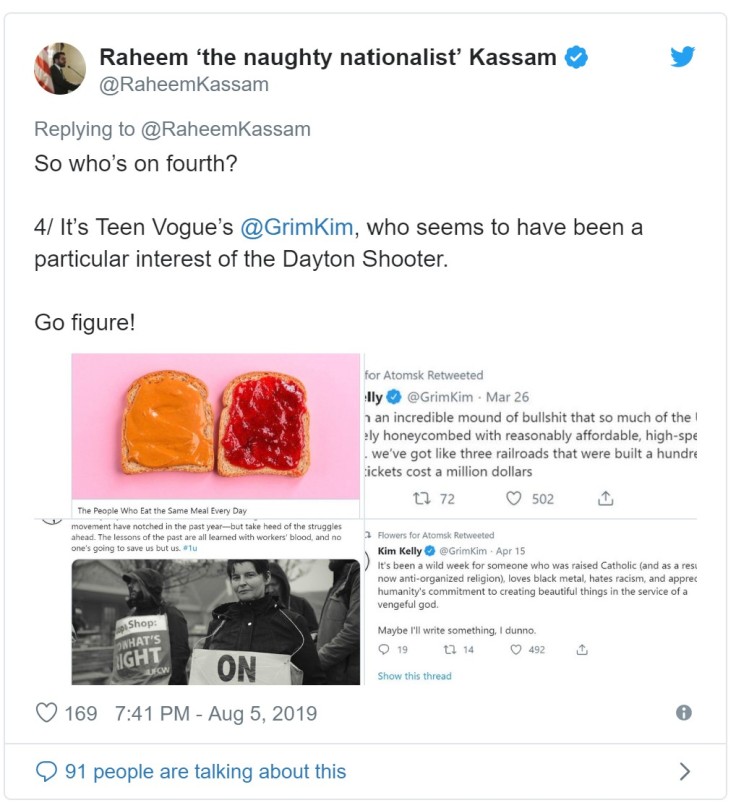 Collins was desperate to minimize Betts’ support of liberal political figures, and it is now more clear as to why. He likely did not want the public to understand that Betts was a huge supporter of he and his fellow cohorts who report the fake news.