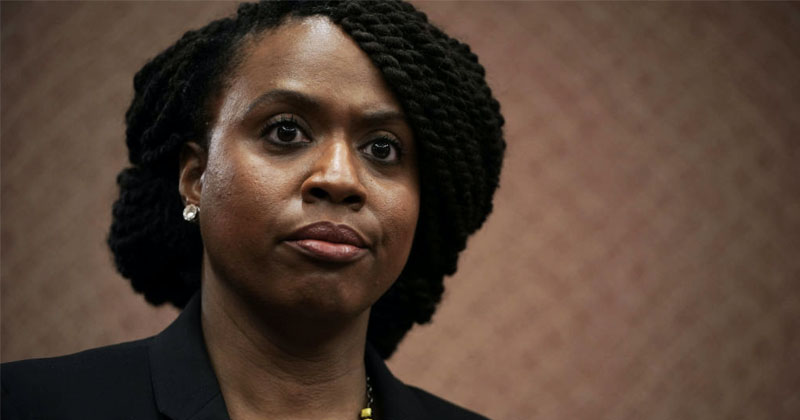 “I believe Christine Blasey Ford. I believe Deborah Ramirez. It is our responsibility to collectively affirm the dignity and humanity of survivors,” Pressley said in a statement, reported WBUR.

“Sexual predators do not deserve a seat on the nation’s highest court and Brett Kavanaugh’s confirmation process set a dangerous precedent,” she said. “We must demand justice for survivors and hold Kavanaugh accountable for his actions.”

Pressley plans to introduce the resolution even after the Times issued a major correction noting the accuser of the alleged misconduct claims she has no memory of the alleged incident even taking place, and refused to be interviewed.

The Squad’s leader Rep. Alexandria Ocasio-Cortez (D-N.Y.) also called for Kavanaugh’s impeachment on Twitter before the NYT’s clarification, deleted her post following the clarification, then curiously, reposted her impeachment call on Monday.

This was almost a year ago.

It is unsurprising that Kavanaugh, credibly accused of sexual assault, would lie under oath to secure a Supreme Court seat.

Because sexual assault isn’t a crime of passion – it’s about the abuse of power.

The latest accusation against Kavanaugh has been outright debunked. So why is the left still moving forward with efforts to remove Kavanaugh?

The answer is because their aim has always been about preventing Kavanaugh from serving in the court due to their belief that he will attempt to outlaw abortion and repeal Roe v Wade.

The lawyer of Kavanaugh’s original accuser Christine Blasey-Ford said just weeks ago that her client’s motivation to accuse Kavanaugh of sexual misconduct was rooted in her desire to protect abortion.

Pressley’s impeachment resolution has virtually no chance of passing, as it requires a majority of the House and two-thirds of the Republican-led Senate to unseat Kavanaugh from the Supreme Court.