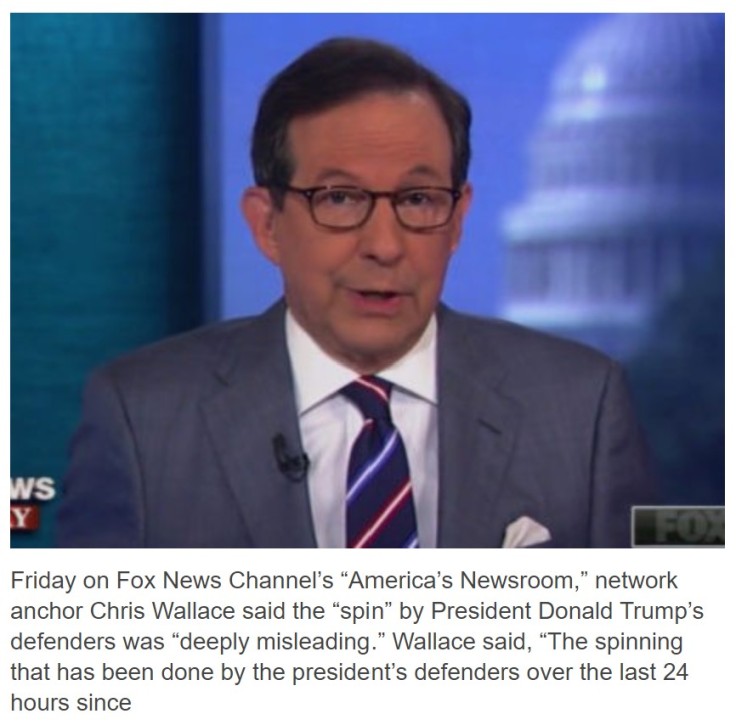 Wallace said, “The spinning that has been done by the president’s defenders over the last 24 hours since this very damaging whistleblower complaint came out, the spinning is is not surprising but it is astonishing, and I think deeply misleading.”

He continued, “Let’s look at what the whistleblower says. The whistleblower says it was a troubling call in which the president asked the Ukrainian president to investigate and to look at the allegation of this wrongdoing by Vice President Biden and by his son. We now have a rough transcript of that phone call and that’s exactly what happened.”

He added, “What is clear from reading the complaint that it is a serious allegation, that a lot of it has proven to be borne out already. The whistle-blower lays out a blueprint from talking to various officials in the White House, various officials in the State Department. And to dismiss this as a political hack seems to me to be an effort by the president defenders to try to make nothing out of something and there is something there.”