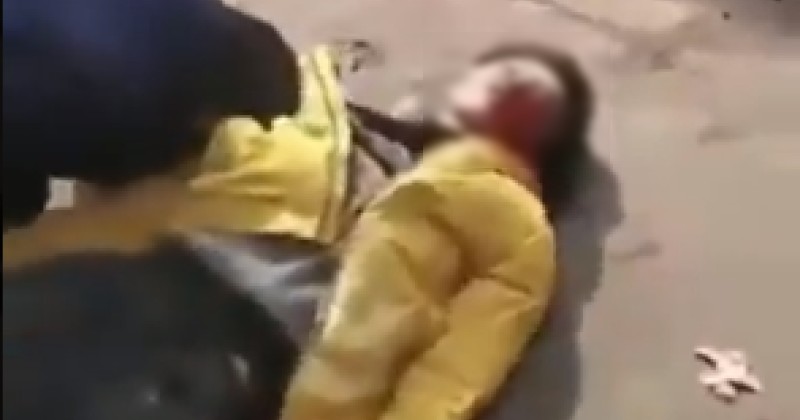 A video out of China purports to show a woman who was shot dead by authorities for attempting to break through a coronavirus roadblock.

The clip, posted by Jennifer Zeng, is captioned “At Wuzu Town, Huangmei County in #Hubei , a woman was said to have shot dead after she attempted to break the blockade set up to contain #coronavirus.”

It shows a woman lying on the floor who has apparently been shot in the head. Another individual is crying over her dead body. People can be heard screaming and shouting in the background. Several police vehicles are parked nearby.

Another video posted by Zeng shows a coronavirus patient being forcibly bundled into a van as he tries to resist.

Another clip features a doctor saying that the crematorium is so overwhelmed, dead bodies are being held at the hospital, which has become like a “mortuary.”

A #Wuhan doctor's conversation leaked: Emergency ward becomes mortuary, nobody handles the bodies. Crematorium too busy. Only admitted patients can be tested, gov. only gives 2000 testing kits to entire Wuhan per day. Many patients pushed away without being tested or diagnosed. pic.twitter.com/hjhcvhLR2q

Zeng also posted a video showing victims in body bags lined up waiting for incineration at a crematory in Wuhan.

Internal Videos From Crematories in Wuhan
All corpses were packed in body bags and lined up, waiting for incineration. Yet the workers were singing Jackie Chan's song at the Spring Festival Gala, “My country doesn’t seem sick at all” #WuhanCoronavirus #WuhanCrematories pic.twitter.com/K5UVmJBnLo

Official figures show that there have been over 20,000 confirmed coronavirus infections with 427 fatalities.