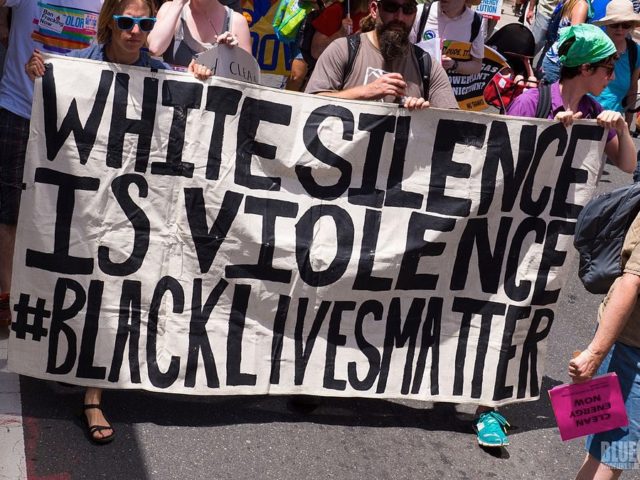 Controversial Trinity College Professor Johnny Eric Williams wrote that “whiteness is terrorism” in a recent social media post. Underscoring the extremism present on many college campuses, Williams claimed his comments are “not controversial in the academy.”

According to a report from Newsweek, Trinity College Professor Johnny Eric Williams is making waves again. Breitbart News reported in June 2017 that Williams had argued that first responders should have let Representative Steve Scalise die after he was shot during a practice for the congressional baseball game. Williams also shared a blog post by an anonymous author that asked black people to withhold life-saving help from white people in need.

More recently, Williams tweeted that “whiteness is terrorism.” Now, he’s defending those comments. In a conversation with Newsweek, Williams said that his tweets are only controversial to white people.

“I’m referring to whiteness as an ideology, which everyone in the United States is immersed in because we live in a white supremacy society,” Williams added. “Because there are people walking around believing that they’re white and acting as if they’re white, when there’s just the human race.”

16 students from the class of 2021 withdrew their acceptance over the controversies surrounding Williams. In addition, alumni have withheld $200,000 in donations from the university over the administration’s refusal to sanction Williams for his comments about Representative Scalise.

Stay tuned to Breitbart News for more updates on this story.