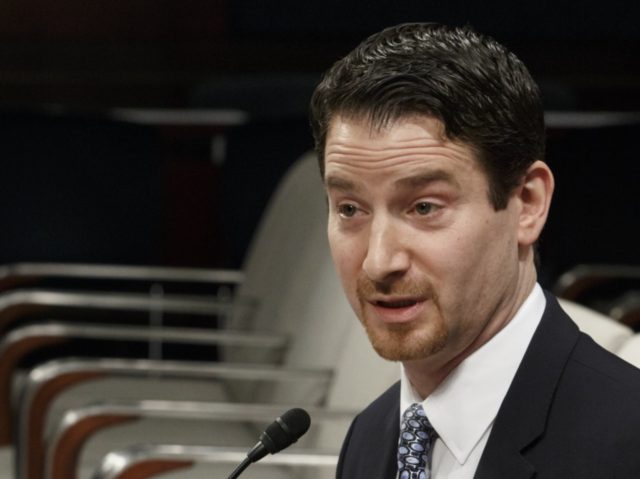 I’m not saying Donald Trump is an antisemite, but what I am saying is that the rhetoric, for example, in Charlottesville, the “Jews will not replace us” rhetoric, the president’s response to that equivocated, and did not call it out for what it was, and he said these were “very fine people.” And that encouragement, and other language about immigrants, and language about people of difference, people of color, in many instances, that’s the problem.

Rubin went on to connect the president’s alleged “rhetoric” to attacks on Christians in Sri Lanka on Easter, and to Muslims in Christchurch, New Zealand, last month.

As Breitbart News and others have shown repeatedly, Trump did not refer to the neo-Nazis as “very fine people,” but specifically excluded them from that description, and said they should be “condemned totally.”

Far from not “call[ing] it out for what it was,” Trump also delivered a televised statementfrom the White House in which he declared: “Racism is evil — and those who cause violence in its name are criminals and thugs, including KKK, neo-Nazis, white supremacists, and other hate groups are repugnant to everything we hold dear as Americans.”

Even CNN has, belatedly, admitted Trump was not referring to white supremacists as “very fine people.”

Trump immediately condemned the synagogue shooting Saturday, and also applauded a Border Patrol agent who intervened. He later told a rally in Green Bay, Wisconsin on Saturday night: “We forcefully condemn the evil of anti-Semitism and hate. It must be defeated.”

Reports of the shooter’s antisemitic manifesto suggest that far from taking “encouragement” from Trump, as Rubin suggested, he hated Trump, calling the president a “Zionist, Jew-loving, anti-White, traitorous cocksucker.”