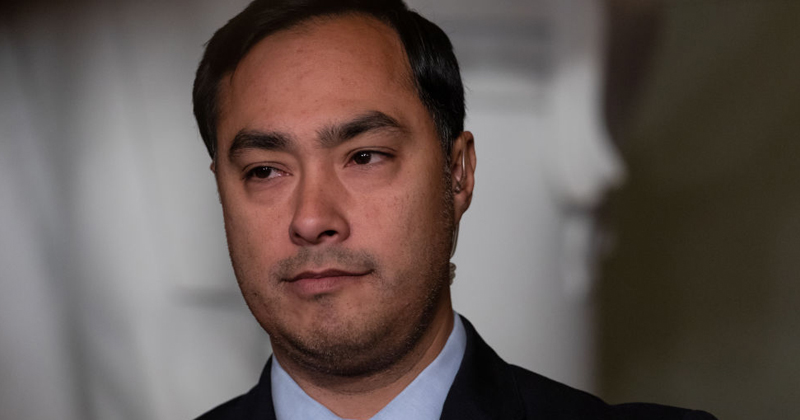 In a widely condemned tweet, Castro highlighted the names of several San Antonio area employers and retirees who evidently made maximum donations to President Trump in 2019.

“Their contributions are fueling a campaign of hate that labels Hispanic immigrants as ‘invaders,’” said Castro, who’s running the 2020 Democrat presidential campaign of his brother, Julian.

A representative for the Trump campaign responded that Castro should delete the tweet and offer an apology.

Other Trump supporters, and even leftist journalists, also expressed outrage at Castro’s escalation, with many accusing him of inciting violence against the people he named.

“This dangerous intimidation of @RealDonaldTrump supporters is another reason to allow political contributions to be kept confidential,” expressed Judicial Watch President Tom Fitton.

“This isn’t a game,” said Scalise. “It’s dangerous, and lives are at stake. I know this firsthand.”

“In the wake of a horrific mass shooting, a member of Congress named the retirees in San Antonio who gave maximum political contributions to Trump,” said USA Today editor David Mastio, adding, “This seems like a dangerous escalation to me.”

Castro has thus far refused to remove the tweet as writing, despite the backlash.