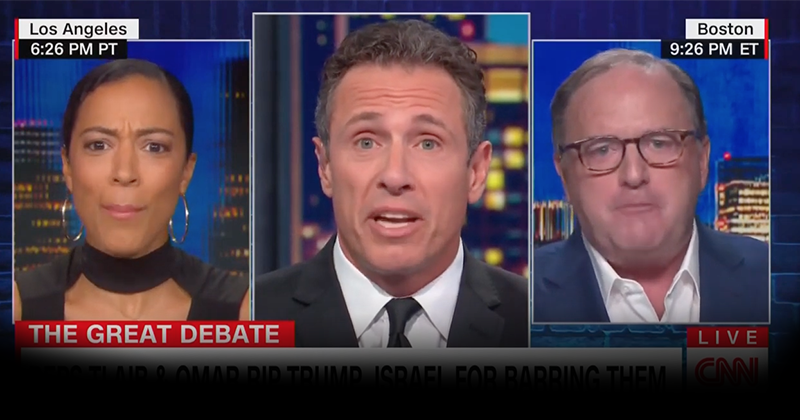 Triggered by the word ‘hijacking’

CNN Analyst Angela Rye told a Republican strategist on air this week that ‘the greatest terrorist threat’ in the US are white men who think like he does.

“It’s so interesting that you use the term — the only two Muslim women in Congress, the term you chose to use, sir, is ‘hijacking,’” Rye, the former Congressional Black Caucus executive director, ridiculously responded.

“That’s a real interesting word choice, and you understand why,” Rye continued, insisting that Griffin used the term to connect the Democrats to terrorists.

“You know what’s silly? The fact that you’re on here knowing how dangerous times are right now defending this nonsense.” she added.