On the anniversary of the most devastating terrorist attack on US soil, a story by the New York Times suggested that “airplanes” brought down the twin towers. The seeming shift of responsibility did not sit well with readers.

“18 years have passed since airplanes took aim and brought down the World Trade Center,” read a tweet from the New York Times on Wednesday. “Today families will once again gather and grieve at the site where more than 2000 people died.” Inside an accompanying article, the same bizarre sentence was repeated.

Though technological dystopia was all the rage in 2001, what with the success of ‘The Matrix’ two years earlier and the passing of Y2K after that, the 9/11 attacks were not carried out by sentient airplanes, but by terrorist hijackers. Enraged readers made sure the NYT knew that, slating the newspaper for omitting the terms ‘Islamic terrorists’ or even the less-loaded ‘Al Qaeda’ from its story.

The Times later deleted the tweet and amended its story, which, this time around, read: “Eighteen years have passed since terrorists commandeered airplanes to take aim at the World Trade Center and bring them down.” Responsibility was placed squarely with Al Qaeda in the updated article.

But why the strange phrasing in the first place? The Times did not report the recent mass shootings in Texas as the work of a disembodied AR-15. Nor does the paper attribute President Donald Trump’s executive orders to levitating pens, or climate change to fossil fuels deciding to burn themselves. 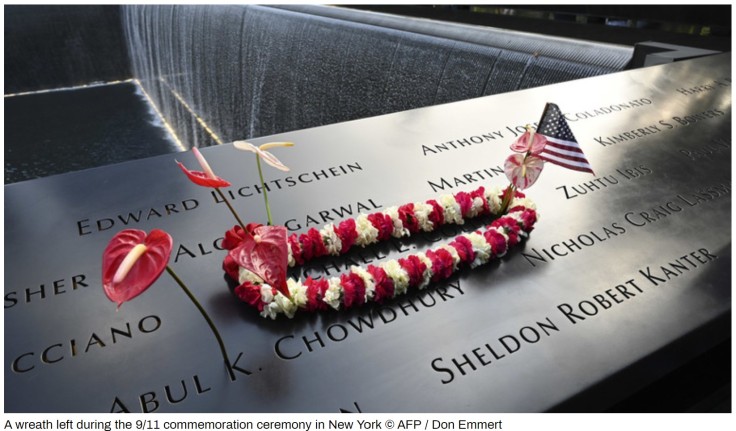 To some observers, the watered-down description of the attacks was an effort to… not offend anybody, including ordinary Muslims who risk guilt-by-association for sharing their religious beliefs with the perpetrators. “Some airplanes did something,” jibed one commenter, comparing the Times’ coverage to a much-maligned soundbite from Democratic Minnesota Congresswoman Ilhan Omar earlier this year, in which Omar summarized the attacks as “some people did something.”

To be fair, radical Islamic terrorists aren’t alone in having their deeds sanitized by the New York Times in recent days. The paper marked the 43rd anniversary of Chinese Communist leader Mao Zedong’s passing on Monday with a tweet describing how Chairman Mao “began as an obscure peasant” and “died one of history’s great revolutionary figures.”

After a similar backlash, the tweet was deleted, with the paper apologizing for not providing “critical historical context;” namely the famines that occurred on Mao’s watch and his role in the 1966-1976 ‘Cultural Revolution,’ events that left tens of millions of Chinese citizens dead.