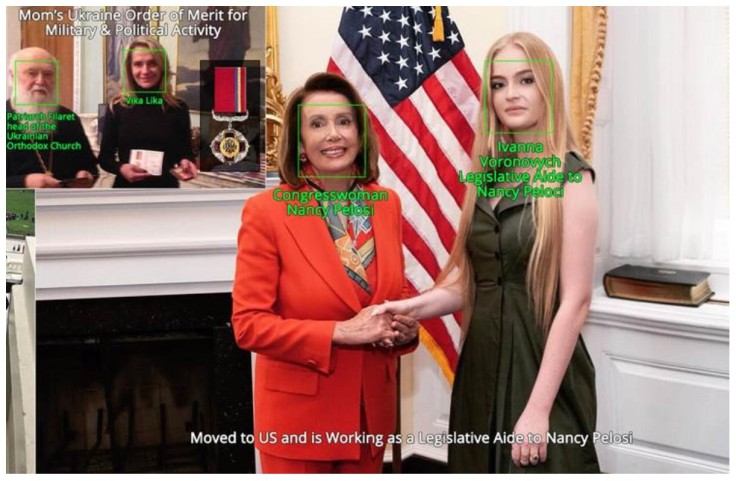 Young Voronovych started her career working at the US Embassy in the Ukraine in Kiev.  She worked for Roman Woronowycz, the Kiev Bureau Chief, who is connected to Nancy Pelosi.   As a matter of fact, he is a fan of Pelosi’s.  Woronowycz is well connected with with the US Congress as can be seen from the picture below where he was given a tour of the Capital by Voronovych before reportedly meeting up with Pelosi, Schumer and others.  He once posted, “Tell Nancy to keep up the good work!”  (What is he referring to here?) 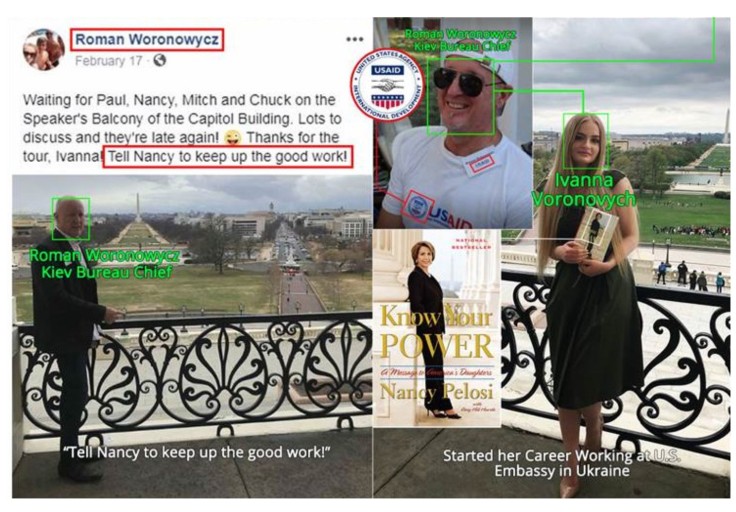 Why is this girl on Pelosi’s staff?  Why does Pelosi have a Ukrainian party girl whose parents are connected to the Ukrainian military and government on her staff?  What is going on here?