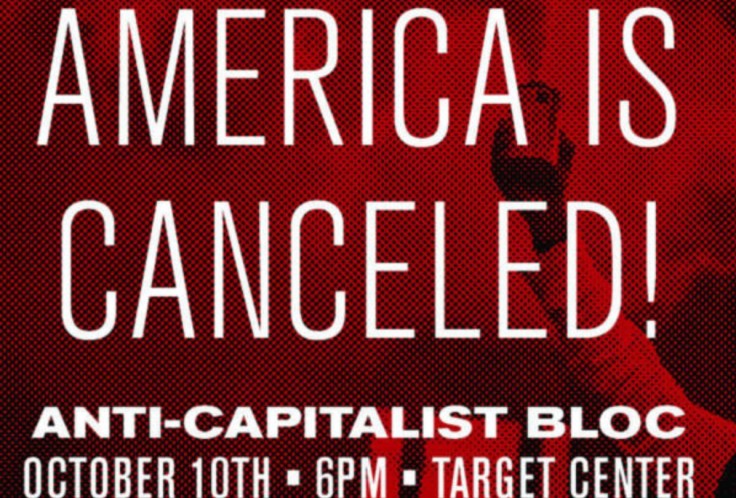 Antifa has put out a call for a black bloc protest at the Minneapolis Trump rally on October 10, declaring that “America is cancelled.”

Black bloc is a tactic in which the far-left protesters dress in black from head to toe and cover their faces with black masks. The tactic is meant to make it more difficult for police to identify those who break the law during a riot.

“Trump is having a campaign rally in downtown Minneapolis. He wants to keep America great, but… AMERICA IS CANCELED,” the call to action posted on a popular Antifa website declared.

The website continues on to say, “join us to celebrate with an anti-capitalist bloc. Bring yourself, bring your friends, bring your crew and come prepared to disrupt the nightmare that is Trump.”

The Trump rally is scheduled to take place on October 10 at the Target Center. Antifa is urging other activists to “meet at the ‘America is Canceled’ banner.”

Antifa has a long history of violence and harassment of those who support the president. Just last week, they harassed an elderly couple who was attempting to attend a free speech event in Canada featuring classical liberal Dave Rubin.