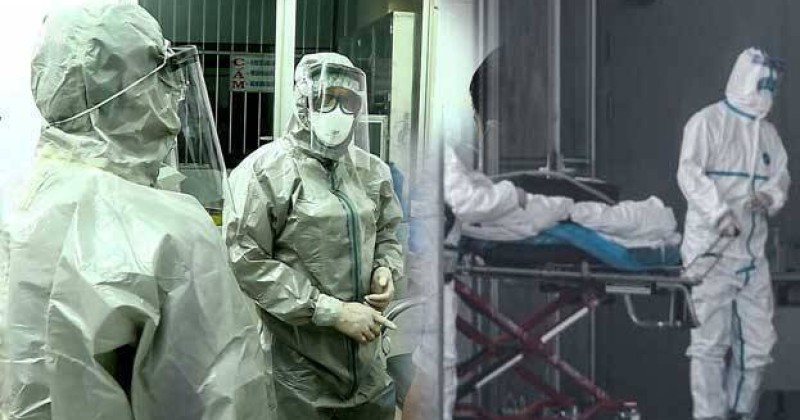 Senator Tom Cotton says that China is refusing to hand over evidence concerning the bio-safety level 4 research lab in Wuhan despite a new report from biological scientists at the South China University of Technology saying it may have been the source of the coronavirus outbreak.

During an appearance on Fox News, Cotton told Maria Bartiromo that new evidence confirmed the source of the virus was not the meat market in Wuhan.

“Here is what we do know. This virus did not originate in the Wuhan animal market,” said Cotton. “Epidemiologists who are widely respected from China published a study in the international journal Lancet have demonstrated that several of the original cases did NOT have any contact with that food market. The virus went into that food market before it came out of that food market. So we don’t know where it originated… We also know that only a few miles away from that market is China’s only bio-safety Level Four Super Laboratory that researches human infectious diseases.”

Cotton said that China’s “duplicity and dishonesty” meant that questions needed to be asked about the lab but that “China right now is not giving any evidence on that question at all” and Beijing was being “very secretive” on what happens at the lab.

Cotton also accused China of consistently blocking American scientists from traveling to Wuhan to assist in discovering the origins of the virus.

A new report by scientists at the South China University of Technology in Guangzhou, China concludes that “the killer coronavirus probably originated from a laboratory in Wuhan.”

For weeks, the media has demonized anyone who suggested the lab could have been responsible for the coronavirus outbreak as a dangerous conspiracy theorist peddling fake news.

However, now that CNN/NY Times journalist Ezra Cheung tweeted precisely that yesterday, one wonders whether they will begin to change their tune. 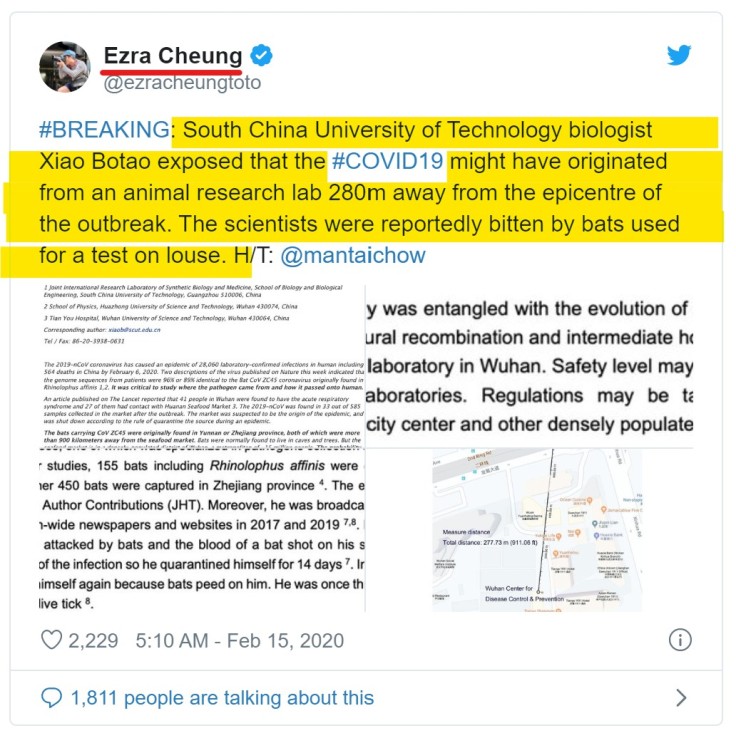