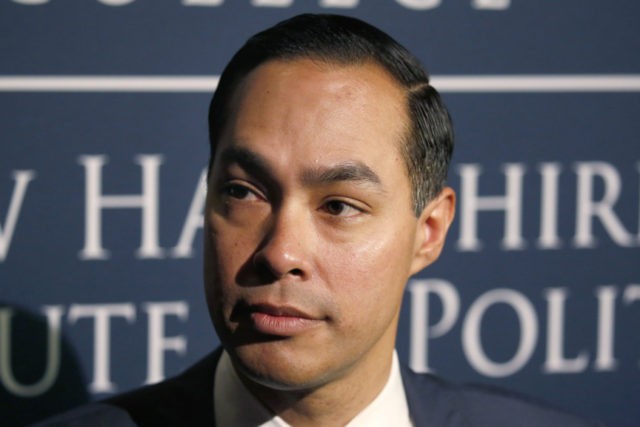 Democratic presidential hopeful Julián Castro is hoping to win primary voters by urging an open-borders policy, even though his plan would likely shrink wages and spike rents for the party’s base of lower-income voters.

Castro, a former housing secretary in President Barack Obama’s cabinet, announced his innovative promise to cut voters’ wages via a friendly interview in the Washington Post:

Democratic presidential candidate Julián Castro offered a far-reaching plan to remake the nation’s immigration policy Tuesday with a new call to end criminal penalties for migrants entering the country without permission and a plan to remove detention as a tool for most immigration enforcement.

By repealing the criminal code that allows the Trump administration to prosecute people who enter the country, Castro would remove the mechanism that previously allowed the administration to separate asylum-seeking parents and children after detention. Trump has since stopped those prosecutions, though single adults continue to face criminal penalties. Castro said he would impose a civil legal process for sorting out refu­gee applications and deportations, with an emphasis on jailing and removing those with criminal records.

Overall, Castro’s policy would explode the population of non-Americans in the United States and so further expand opportunities for Latino politicians and power-brokers. In February 2019, Breitbart reported Castro’s political roots in Latino identity politics:

Castro’s mother, Maria del Rosario Castro, or Rosie Castro, was a major leftist organizer who co-founded La Raza Unida, an extremist third party separatist group in the 1970s. La Raza Unida literally translates to “The Race United,” and the group sought to create a new country in the American Southwest called Aztlan. Breitbart News has run a number of pieces over the years on this group and the Castro family’s connections to it, but perhaps the most interesting thing about Castro’s presidential campaign launch is that he did not shy away from this radical upbringing; he embraced it.

The Washington Post reporter, Michael Scherer, did not ask Castro how Americans voters would gain or lose amid of flood of blue-collar and white-collar labor. The reporter did not address how a massive rise of the immigrant population would help lower-income Americans keep their homes in neighborhoods that are already seeing rising real-estate prices, such as New York and Los Angeles.

Instead, Castro and Scherer treated the migration issue merely as a matter of the migrants’ welfare. This skew hides the greatest economic impact of migration — the transfer of blue-collar wages and white-collar salaries earned by ordinary Americans and legal immigrants up to wealthy, older recipients, including investors, CEOs, and real estate owners.

Also, Castro and Scherer treated the migration as only a humanitarian crisis, and portrayed the migrants as helpless victims, which are described as “asylum-seeking families.” Castro told Scherer that “We see this administration’s approach to immigration is a total failure. Instead of marching forward with cruelty, I believe we should choose compassion.”

That approach dismisses the strong evidence that the migrants are rationally exploiting the many legal loopholes which are being held open by Democrats, judges and business lobbyists, to win jobs and residency for their children in the peaceful, prosperous United States.

Scherer did not reply to questions from Breitbart News.

The focus by Castro and Scherer on the migrants’ welfare and on humanitarian concerns also echoes the bipartisan claim that the United States is a “nation of immigrants,” not a nation of and for Americans. 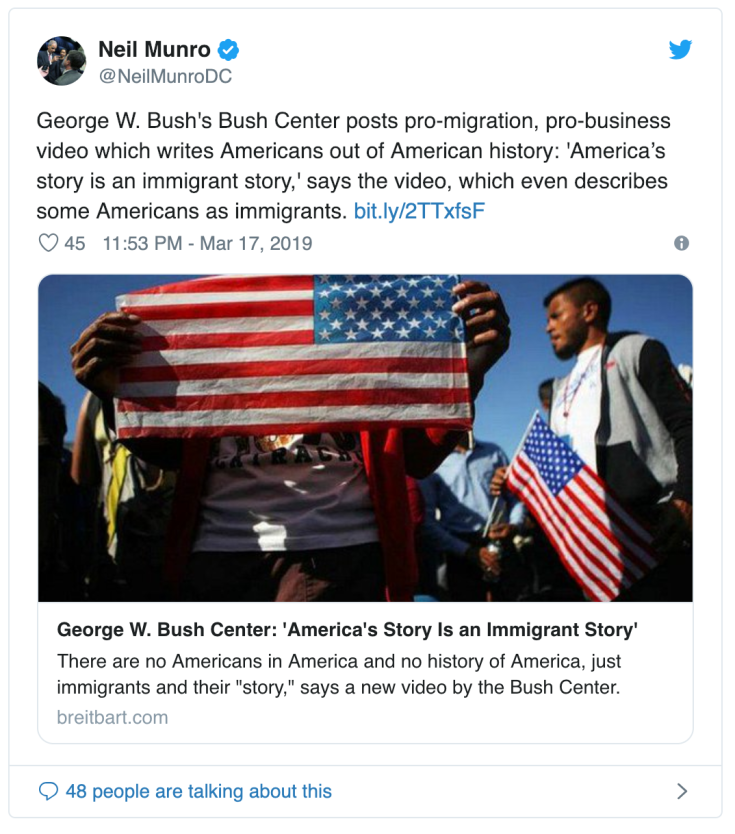 The voting public is likely to strongly oppose Castro’s open-borders and cheap-labor policy.

This federal policy of flooding the market with cheap white-collar graduates and blue-collar foreign labor is intended to boost economic growth for investors. This policy shiftsenormous wealth from young employees towards older investors, widens wealth gaps, reduces high-tech investment, increases state and local tax burdens, hurts children’s schools and college education, pushes Americans away from high-tech careers, and sidelines millions of marginalized Americans, including many who are now struggling with fentanyl addictions.

But the Washington Post article also put a racial, class, and regional skew on the rational public opposition to elite support for cheap-labor migration:

Some Democratic strategists are wary of turning off white voters in swing states of the upper Midwest who Trump has been able to sway with anti-immigration rhetoric.

Those views of “white voters” have been validated by President Donald Trump’s “Hire American” policy which has raised wages in 2018 by limiting the inflow of new workers in 2017 and 2018:

But “choice” polls reveal most voters’ often-ignored preference that CEOs should hire Americans at decent wages before hiring migrants. Those Americans include many blue-collar Blacks, Latinos, and people who hide their opinions from pollsters. Similarly, the 2018 polls show that GOP voters are far more concerned about migration — more properly, the economics of migration — than they are concerned about illegal migration and MS-13, taxes, or House Speaker Rep. Nancy Pelosi.