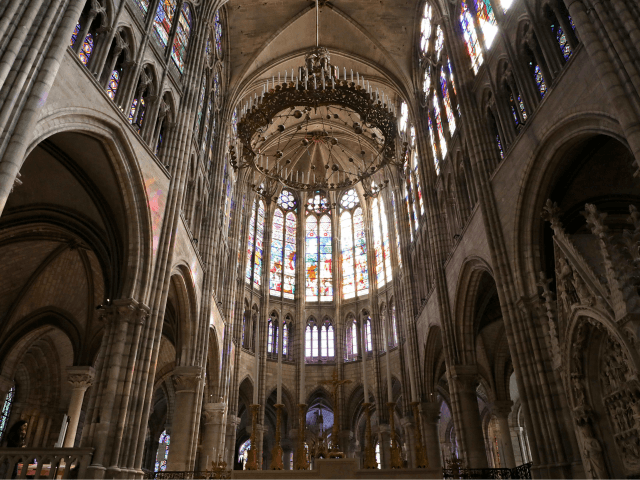 A 41-year-old Pakistani migrant will face trial after vandalising the Saint-Denis Basilica, the home of the tombs of many French Kings including Charles Martel.

The Pakistani origin male, who had arrived in France only two months ago, will stand trial in Bobigny next month, accused of causing serious damage to the main organ of the basilica as well as smashing stained glass windows in an apparent attack that took place in March, Le Parisien reports.

While in court for his initial hearing, the Pakistani, who does not speak any French, said through a translator: “I do not know how I am concerned with this case.”

When asked if he would like time to prepare his defence, he told the court he did not understand the French justice system.

According to the court, the man had already been accused of vandalism of property in February and that his DNA had been found in the basilica by investigators which led to his arrest.

The migrant claimed ignorance of the judicial process which forced the judge to question whether or not he was purposely trying to not understand what was occurring. As a result, the judge delayed the trial until May 10th and ordered a psychiatric evaluation of the Pakistani national.

When the incident occurred in March, the damage to the organ was said to be extensiveby Saadia Tamelikecht, head of the departmental unit of architecture and heritage of the heavily migrant-populated Seine-Saint-Denis suburbs.

The vandalism also came just over a year after the basilica was stormed by pro-migrant activists alongside illegal migrants to protest the French government’s reforms to asylum laws, with police having to forcibly remove them after around an hour of occupation.

Vandalism of churches across France has become a major issue, with nine churches across the country vandalised in just 11 days in February. Some of the damage had included thefts, while others featured grotesque acts such as the smearing of faeces on the walls of a church in Nîmes.

Just last month the second largest church in Paris was damaged by fire, which police have said was deliberately started. Dramatic images from the scene showed flames pouring out of a “massive” porch door and stained glass window, although fortunately the Paris Pompiers were able to put out the blaze before it spread to the rest of the building.

In the aftermath of the attack on the church, French right-wing leader Laurent Wauquiez hit out at the mainstream media for ignoring the story of church attacks in France, remarking that the amount of coverage the stories got was “tiny”, reports London’s The Times.

On Monday, another tragedy struck one of France’s most iconic cathedrals as the roof of the Notre-Dame cathedral caught fire, causing widespread damage to the building.

Firefighters said the blaze had been successfully extinguished Tuesday morning, but images coming from Paris show the extent of damage to the historic fabric of the building — both the total destruction of the Medieval wooden roof, but also the collapse of parts of the stone vaulted ceiling.