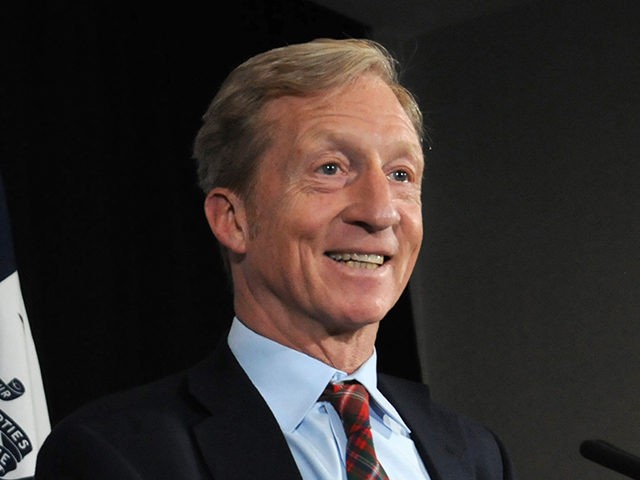 Steyer, 62, is one of the most visible and deep-pocketed liberals advocating for President Donald Trump’s impeachment. He surprised many Democrats in January when he traveled to Iowa, home to the nation’s first presidential caucus, to declare that he would focus entirely on the impeachment effort instead of seeking the White House.

Despite becoming a national voice on the impeachment issue, Steyer made no mention of it in his campaign announcement. Instead, he said his campaign will focus on reducing the influence of corporations in politics. He also plans to target climate change, which is the focus of the Steyer-backed advocacy group NextGen America.

“Americans are deeply disappointed and hurt by the way they’re treated by what they see as the power elite in Washington, D.C., and that goes across party lines and it goes across democracy,” Steyer said in a video his campaign was releasing Tuesday. “We’ve got to take the corporate control out of our politics.”

Steyer will step down from NextGen America and Need to Impeach.

Last week, Steyer held a conference call with supporters, telling them he planned to launch a bid for the White House, according to Politico.

“He’s definitely focused on the [fact that the] economy is not as good as people are making it out to be,” an anonymous source told the news outlet.

The Associated Press contributed to his report.