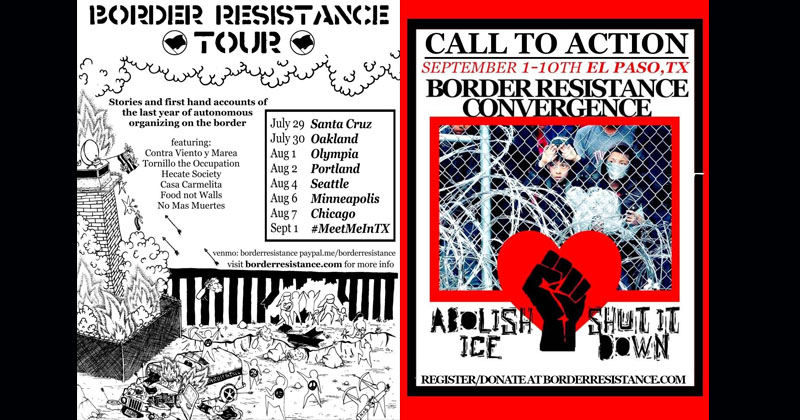 Antifa is preparing for a violent 10-day siege on the southern border in El Paso, Texas, in an effort to “shut down” Immigration and Customs Enforcement and open the border to illegals.

Journalist Andy Ngo, who was brutally attacked by Antifa in Portland, Oregon, last month, showed flyers Antifa is using to promote their effort for September, featuring images of ICE agents being murdered with bow and arrows and firebombs while anarchists bomb an ICE facility and southern border wall to let illegals flow into the U.S.

“Antifa is leading a ‘Border Resistance‘ militancy training tour that will converge on a 10-day siege in El Paso, TX,” Ngo tweeted Monday.

The flyers say Antifa’s planned assault will run from September 1st-10th, and asks for financial support from mainly “white comrades.”

This comes just days after President Trump announced his administration may soon designate Antifa as a “major organization of terror.”

“Consideration is being given to declaring ANTIFA, the gutless Radical Left Wack Jobs who go around hitting (only non-fighters) people over the heads with baseball bats, a major Organization of Terror (along with MS-13 & others). Would make it easier for police to do their job!” he tweeted Saturday.

Antifa’s violence has been in the spotlight not just after Ngo’s assault, but after an Antifa member was killed while trying to firebomb an ICE facility in Tacoma, Washington earlier this month.

However, that may not stop the media from cheerleading the far-left group, which they’ve been doing in earnest since 2016.