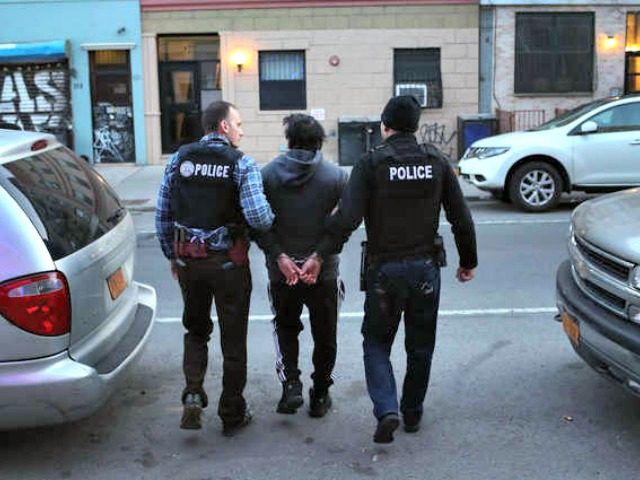 New York Police Department (NYPD) records reviewed by the New York Daily News finds that law enforcement officials released likely more than 2,900 illegal aliens back into communities despite their having been arrested for crimes.

Specifically, the NYPD failed to honor 2,916 requests by the Immigration and Customs Enforcement (ICE) agency between July 1, 2018 to June 30, 2019 to hold criminal illegal aliens in local custody and turn them over to federal agents for arrest and deportation.

According to the analysis, NYPD law enforcement officials only provided ICE with data in seven cases where criminal illegal aliens had been arrested. That data included incarceration status, the scheduled release date of the illegal alien, and potential court hearings where the illegal alien would be present.

These seven cases in which ICE was provided with data by the NYPD included illegal aliens who had previously been convicted for at least one violent crime.

Not only has New York City been one of the most high-profile sanctuary cities in the country, shielding thousands of illegal aliens from deportation every year, but the state of New York will soon allow eligible illegal aliens to obtain driver’s license — which could potentially lead to illegal aliens voting in local, state, and federal elections.

New York state is home to at least 725,000 illegal aliens, making it the fourth most illegal-populated state in the county, following California, Texas, and Florida.